Home News 7 Questions for U.K. Artist Nicola Green on How Art Can Preserve... 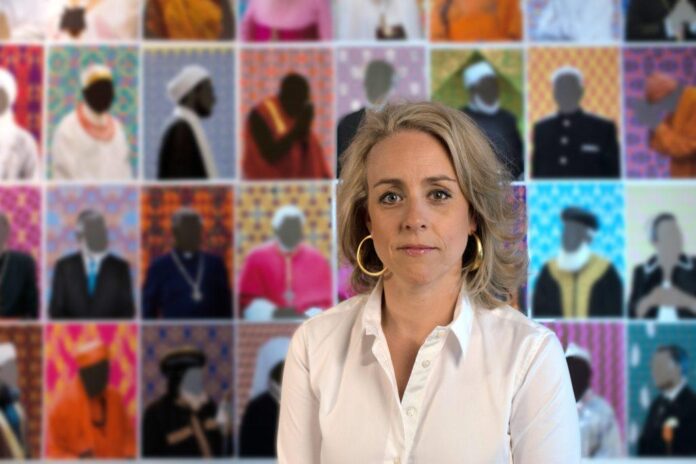 Nicola Green (b. 1972) is an artist, but she is also a social historian and public speaker, which has contributed to her position as one of today’s top cultural contributors. Green has developed a reputation both for her portrait paintings as well as her work that engages with famous people and historic events. She has also devoted a large portion of her career to working with initiatives and foundations that promote education and social justice, which can be seen as a natural extension of her practice.

This week, Green’s work is highlighted within “The Winter Show: Fine Art and Rare Jewels,” a collaboration between Facet and Fable and Zuleika Gallery—the latter of which has recently announced their representation of Green. The exhibition features rare historical jewelry alongside artworks by the U.K.-based gallery’s female artists, with a special focus on the work of Green.

We reached out to Green to learn more about her artistic practice, most memorable projects, and what she’s working on now. 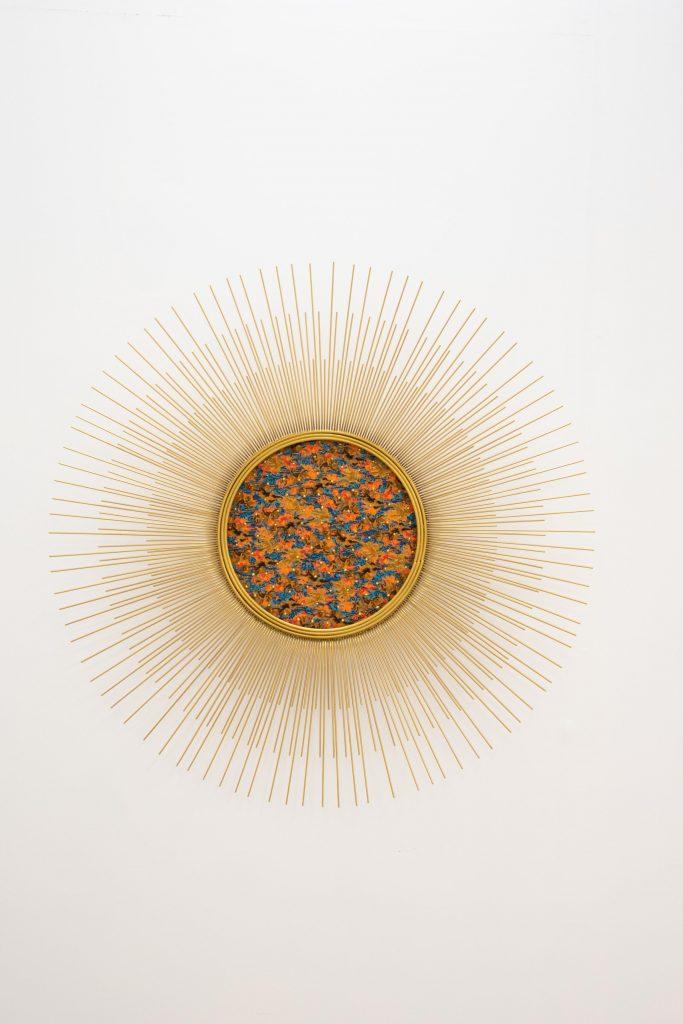 Tell us a little bit about your background—how did you come to be an artist?

I have been a practicing artist for over 30 years. I began as a portraitist, primarily working in oils, but now work across a wide range of different mediums and techniques.

When I was child, my mother was a pioneering female travel photographer working for tourist boards and airlines. She’d bring home images from around the globe, and so I grew up aware of the beauty beyond my immediate environment. Later, I was devastated by a sudden and shocking bereavement, which caused me to become captivated by the idea of legacy, of what we leave behind, and this has influenced my artistic practice profoundly.

I studied art history at Edinburgh University, and drawing and painting at Edinburgh College of Art. It was unusually global in range. My own work is a continuation of this exploration of identity, and understanding difference through the lens of gender, heritage, culture, religion, race, leadership, and power. I have come to see myself as a social historian as well as an artist. I am particularly interested in documenting human stories that are happening now but have a legacy we do not yet understand.

Your work has engaged with a number of world events and famous figures, from Barack Obama’s 2008 presidential campaign the 2012 Olympics in London. Out of all your projects, do you have a favorite? Or any specific moments or anecdotes that have stuck with you?

I couldn’t possibly come up with a favorite project! But there have certainly been some truly memorable moments.

I have been hugely privileged to spend time with President Obama to make my series of work “In Seven Days…”. I have so many memories from my time on his campaign—but my first trip, to the Democratic National Convention in August 2008, will forever stay in my mind.

It was the day Obama officially accepted the nomination to be the Democratic candidate, a historic moment as he was the party’s first non-white nominee. It took place on the 45th anniversary of Martin Luther King Jr.’s “I Have a Dream” speech. I was really struck by the quiet stillness of some of the older African American women. I spoke with them and realized they had been there at the March on Washington all those years ago. Their wisdom inspired me to really reflect on the long arc of change, and how it can often take generations to see the impact of the struggles unfolding in the present.

You’ve often identified your role in these historic situations as a “witness.” Can you tell us a little more about what this means to you both as an artist and as a historian?

I consider myself a witness because I’m committed to observing the most important events happening around the world and recording them, preserving our shared socio-cultural heritage for future generations.

I differentiate myself from journalists in this way: I try to make work that is not frozen at a specific juncture in time, that isn’t only understood through the lens of the politics of the day or the media zeitgeist of the moment. I see myself as a historian because I consider how these stories will be understood in years to come.

I try to use my platform for social impact and to create positive change. Art and artists play such an important role in how we see ourselves and understand the world around us. 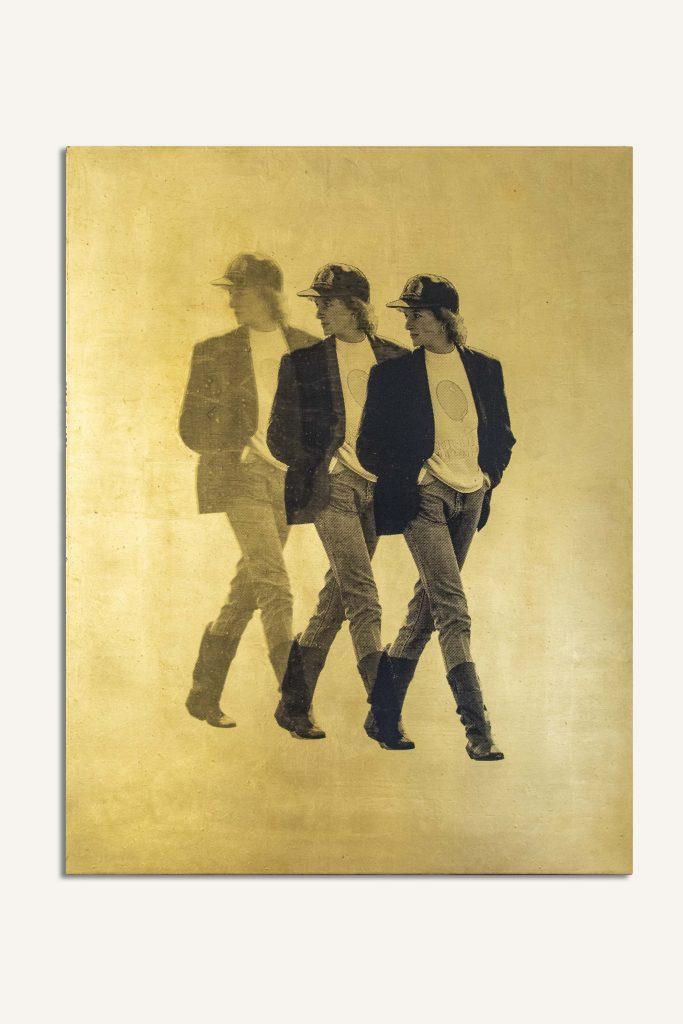 There is a special focus on your work in the exhibition “The Winter Show: Fine Art and Jewels.” Can you tell us about the work and the impetus behind it?

I often use 24-karat gold and diamond dust in my work to interrogate notions of value. I think the glistening luminosity and radiance of my artworks have a beautiful relationship with the stunning antique jewelry from Facet and Fable. Zuleika Gallery has done an incredible job of curating the show! I have a few different pieces on display.

There is a work from my “Sunburst” series. It’s a large-scale sculptural artwork made from handcrafted, painted metal and glass, embellished with 24-karat gold leaf and diamond dust that references the iconic sunburst frame design. This work explores race, heritage, representation, and the power of the visual image.

There is also another one-off piece, (2022)It’s a portrait of Princess Diana that captures a different side to the recognizable paparazzi images and familiar official portraits. Photography is often considered to be neutral or factual, yet has so often been used to fetishize, objectify, and commodify its subject. I wanted to think about both the artist and the viewer, as well as question what we consume with our gaze. 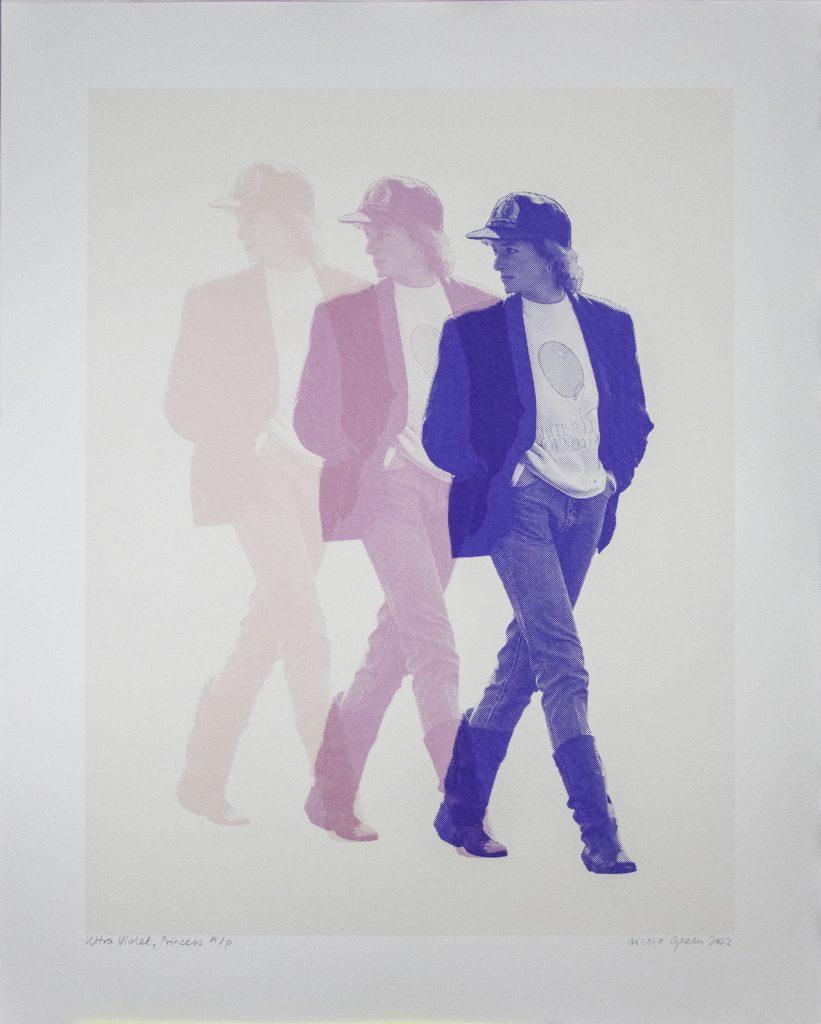 What does your process look like, where do you begin? Would you describe it as more planned-out and researched or more intuitive?

My work takes an incredibly long time to make! It begins by amassing a huge archive: photographs, notes, and sketches, as well as newspapers, magazines, and other paraphernalia. I conduct a great deal of primary research before embarking on any project. I then spend time, sometimes years or even decades, reflecting on this material, trying to draw out the essential meaning. I’ll often make a series of preliminary or development works at this stage. Then I will begin to distill everything down into the final imagery. It is here that my work becomes intuitive as I feel my way through different techniques and find myself using my instinct.

What do you think the role of art is in our society right now? Do you see it changing?

I’ve spent the last 20 years mentoring and supporting aspiring and emerging artists. I’m really dedicated to social impact and creating a positive change and equality in the art world and beyond.

I think in such bleak times, the role of art is more important than ever. It is such an important tool for us to reimagine the world around us and a better future for all of us.

Can you tell us a bit about what you are working on now, or would like to? Are there any subjects you would like to explore that you haven’t yet?

I’m currently focused on climate justice. I’m interested in the incredible biodiversity of the Guiana Shield and uncovering all the wonderful secrets the rainforest holds!