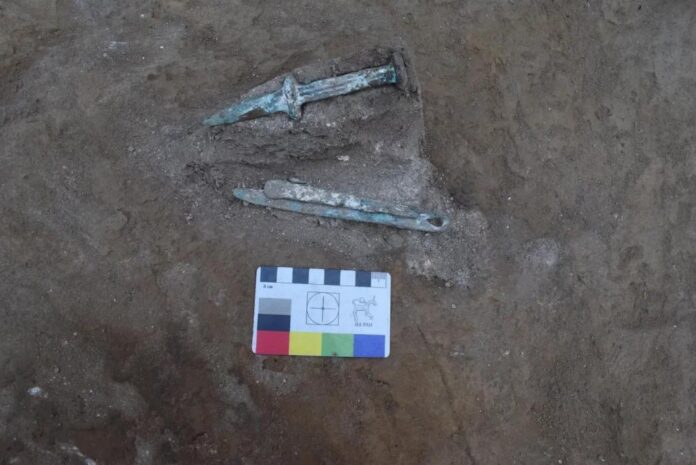 In 2018, while bulldozing a hillock in a cemetery in Siberia, Russia, to expand its grounds, gravediggers unexpectedly unearthed an ancient tomb. Dated to more than 2,000 years ago, the burial chamber houses bronze artifacts and human remains that researchers believe could point to a lesser-known culture.

From 2021 to 2022, a team of archaeologists from the Siberian Federal University led by Dimitry Vinogradov excavated the tomb, the first to turn up in the region in about 65 years. They found a vast rectangular pit enclosed by timber and birch bark, with a possible wooden roof likely demolished by the bulldozer.

Within the tomb, archaeologists discovered the remains of some 50 bodies, buried alongside an assemblage of artifacts and weapons. It included bronze daggers, knives, and axes, interred alongside ceramic vessels, bronze beads, and a plaque carved in the silhouette of a stag. These are objects that Vinogradov believes were buried with the deceased to aid them in their journey into the afterlife.

The characteristics of the tomb and its contents have further led researchers to associate the site with a Scythian culture. 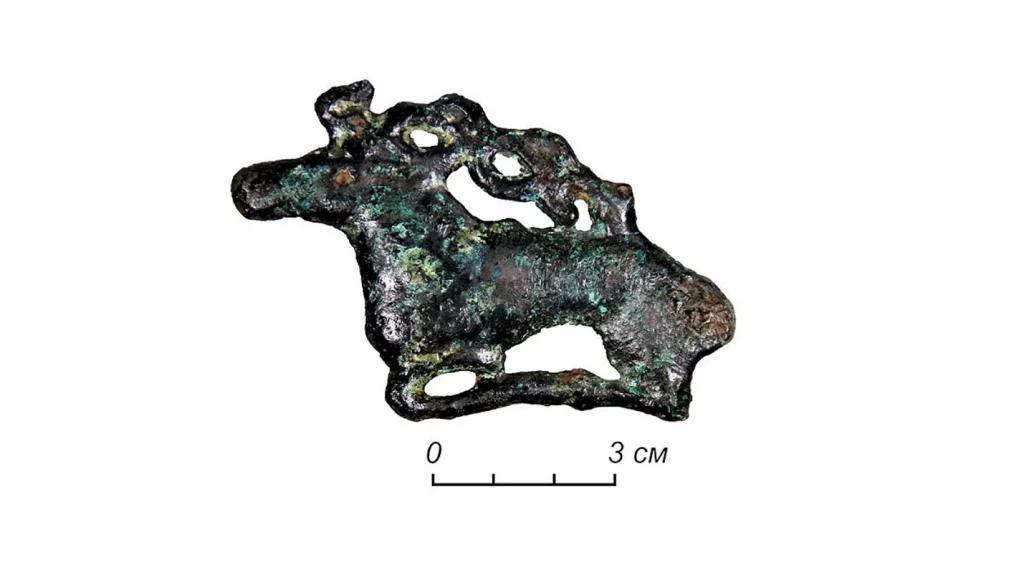 “Scythian” broadly describes the groups of nomads that emigrated to and occupied the Pontic Steppe to the north of the Black Sea from the 7th- to 3rd-century B.C.E. Russian archaeologists, however, use the term “Scythian” to describe a trio of archaeological attributes, rather than a collective culture.

Scythian artifacts, then, are certain bronze weaponry, equestrian equipment, and artworks made in the image of real or fictional animals, including griffons, wild felines, and stags. But even with the identification of these features, the field remains divided on the connections that could be drawn between various Scythian cultures and communities.

The region in which this latest tomb was discovered, on the outskirts of Krasnoyarsk, also bears significant clues.

Based on some 150 other burial mounds that have been identified around the city throughout the 20th-century, archaeologists have posited that the area could have been home to the Tagars during the 2nd- and 1st- centuries B.C.E—a later period of Tagar civilization, which historian Mikhail Gryaznov has suggested should be recognized as the distinct and transitional era, the Tesinian culture.

For one, while Tagars would bury their dead individually in stone-walled graves in the earlier phase of their culture, the Tesinian period saw them inter multiple dead bodies, amassed over generations, alongside artifacts such as painted plaster masks in large wooden tombs. The grave would then be sealed off and set on fire. After burning through, it would then be covered with dirt to form a mound or “kurgan.” 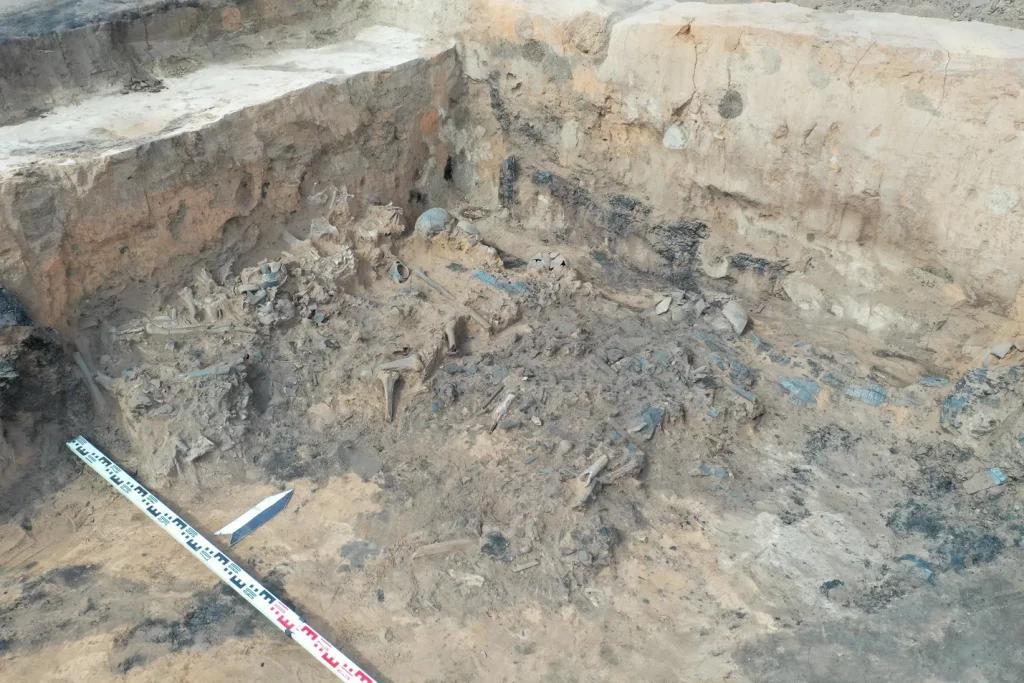 The wood-walled tomb, in which the remains of about 50 bodies were found. Photo: Dimitry Vinogradov.

Based on its findings, the Siberian Federal University team believes the Krasnoyarsk kurgan to have been a family tomb, with the nature and color of surrounding soil pointing to exposure to high temperatures. Around the tomb were also found 10 pit graves, each containing the remains of one or more bodies—another Tesinian funerary custom.

For now, as Vynogradov told Haaretz, questions remain about the culture surrounding the kurgan, with more archaeological research necessary to bring Tesinian culture to light.