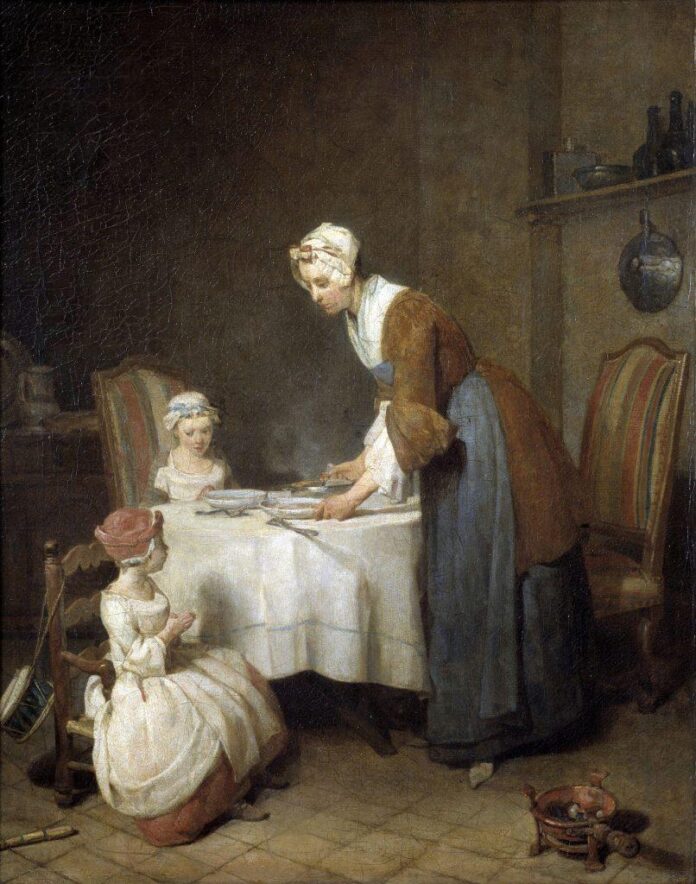 England’s High Court has cleared London art dealer Simon Dickinson of negligence after an  aristocratic family accused him of selling their 18th-century Chardin painting for millions less than the price it achieved on resale just a few months later.

Amanda Feilding, the Countess of Wemyss and March, and Vilma Ramsay, who initially took art dealer Simon Dickinson to court in October as trustees of the Wemyss Heirlooms Trust, said that they were “obviously disappointed with the outcome of this trial.” They added that they would now “consider their options” in light of the judgement.

The painting in question is () by Jean-Baptiste-Siméon Chardin, of which many copies are known to exist. Four are accepted as having the artist’s hand in them: the first version, known as the “prime original,” was exhibited in 1740 and presented to French king Louis XV; the “Louvre second version” was given to the Paris museum in 1869 by Dr De La Caze; a third version was acquired by Catherine II of Russia and is now in the Hermitage; and a fourth version that has been in the possession of the Wemyss family since 1751, after it was acquired by the family’s ancestor Francis Wemyss Charteris.

Art dealer Simon Dickinson, a former senior director at Christie’s and the family’s art advisor, sold the Chardin painting to the Stockholm-based art dealer Verner Amell for £1.15 million in 2014 ($1.96 million based on historical exchange rate). The work was given a “light clean” and sold as “Chardin and studio,” rather than entirely by the French painter, because of the lack of experts to back up the attribution.

The painting was then sent for a “deep clean” by the new owner, which uncovered Chardin’s previously unseen signature.

was back on the market months later, and was resold in January 2015 to Michel David-Weill, the former chair of U.K. financial advisory firm Lazard and a renowned collector (he died on June 17, 2022). The sale price by that time, however, had gone up $7.5 million in cash (equivalent to around £4.9 million based on the historical exchange rate), and a painting by Watteau valued at $3 million was throw in to seal the deal.

The trustees of the Wemyss Heirlooms alleged that Dickinson handled the sale of the work in an “unprofessional and shoddy manner,” and “in breach of their duty to their principals” as the trustees’ agent, claiming that they were entitled to the loss between the two sale prices.

But Judge Simon Gleeson of London’s High Court stated that there was no negligence on Dickinson’s part. “I think that it is reasonably clear that the £1.15m valuation was a best guess solution to a complex pricing problem,” the judge wrote in his decision.

The judge pointed out that the pricing for the David-Weill sale was “hard to understand on many levels,” but that the sale itself was not enough to show that Dickinson was negligently wrong in setting £1 million as an appropriate price for the painting.

“Even if I agree that the price decided on was a ‘fudge,’ I cannot, in the absence of evidence, determining that setting of that price at that level was negligent,” the judge said.

The Wemyss Trustees raised a final concern in their statement, saying they were “exposed without their knowledge to the risk of a significant financial loss. This must raise wider questions about the operation of the art market.”

Procrastination in College: 4 Tips to End It