Home News A Photographer Has Revealed Mysterious Carvings on an Ancient Stone Monument in... 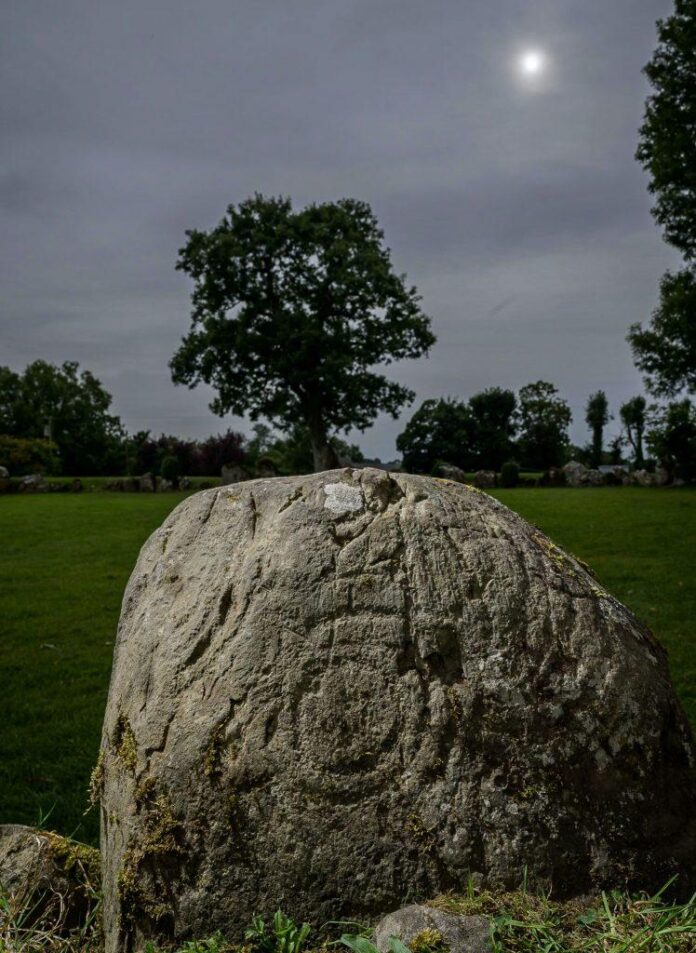 A set of ancient, mysterious carvings have been newly discovered on a megalith at the Grange Stone Circle at Lough Gur in County Limerick, Ireland. The stone circle, a complete ring made up of 113 stones, was built several thousand years ago and possibly used for ancient rituals.

The markings consist of concentric circles and arcs on the fourth stone to the north of the circle’s entrance passage, known as Stone 9.

The previously unnoticed markings were discovered on by archaeological photographer Ken Williams in late August. In an interview with RTÉ Radio 1, he explained that they remained a riddle:

There’s a long speculation on what they might mean… It’s mostly abstract. So it’s not shapes like people would recognize, or items people would see in daily life. It’s all abstract shapes, you’ll often see zig zags and spirals. People have interpreted them as astronomical signs, or depictions of the sun, or perhaps even things that people would see when they were in a trance state or taking hallucinogenics. There’s various theories—but no one is really sure.

Such ancient rock art can be quite subtle and easily overlooked. Williams has developed a special method of lighting stones using remote flashes to better uncover markings on ancient monuments—literally casting fresh light on history. “For almost twenty years I have been engaged in a photographic project centering on the megalithic monuments of Western Europe, under the working title ‘Shadows and Stone,’” he explains on his website.

He will make the latest findings public and publish his photographs of the carvings in an academic paper, which will compare the newly found carvings to previous discoveries.

Williams told RTÉ Radio 1 that he had visited Grange Stone Circle in 2020, noticing the patterns on Stone 9, but that they had been too covered with moss to be detected at the time. When he returned this year, the moss was gone, perhaps because of heat or people climbing on the stones. As a result, Williams “was able to see there is quite a lot of carving on the back of the stone and both sides, which is quite unusual,” he said.

Archaeologist Dr. Elizabeth Shee Twohig, an expert on rock art, noted in the official statement that the newly found markings resembled the carvings found on passage tombs in the north and east of Ireland but were less typical of the local region.

New kids on the block: the younger galleries bringing the avant garde to Frieze London