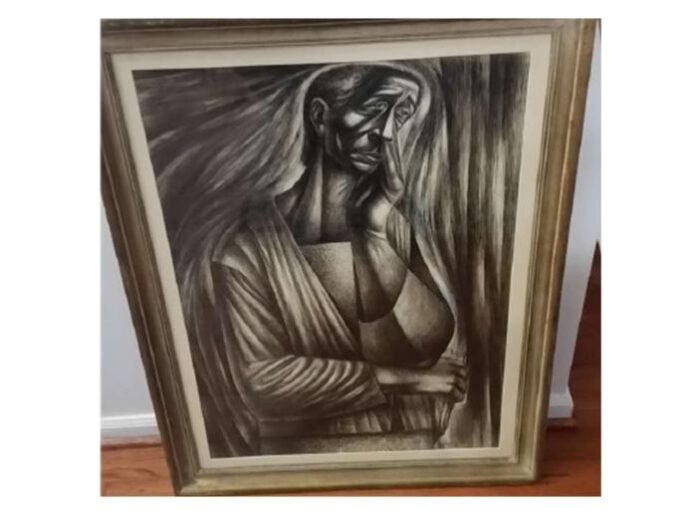 Howard University has won back a historically important artwork that it says was stolen from its collection in the 1970s.

The university acquired the drawing, Centralia Madonna by the artist Charles White, a draftsman, painter, and printmaker best known for his powerful, sensitive depictions of Black Americans, in 1947, shortly after he completed a residency at the university. An inventory of the university’s art collection in 1976 noted that its whereabouts were unknown.

The work resurfaced in 2020, when an elderly couple in North Carolina, Larry and Virginia Border, attempted to consign it at Sotheby’s. They decided to sell it after seeing that other works by the same artist were valued highly on .

The auction house gave the work an estimate of $300,000 to $500,000 and contacted the university as part of its research into the its provenance. The university responded by filing a lawsuit in June 2020.

During a trial in September, the couple said that they had received the work as a gift in the early 1970s. They pursued a defense of laches, alleging that they were prejudiced by the unreasonable delay of filing suit over a work that had left the university’s collection decades earlier.

A federal judge in the Southern District of New York ruled in favor of Howard University. It did not find evidence that the Borders knew the work was stolen, but nor did they establish that they were the rightful owners.

The court also found that the Borders had not proven that the university knew or should have known before 2020 that the artwork was in the possession of a third party or that, having noticed, it could have tracked down the artwork in the defendant’s possession. Finding that the balance of the equities favored the university, the court therefore rejected the defense.

The worik will now re-enter Howard University’s Gallery of Art.

“Howard University is pleased with the court’s decision,” the university said in a statement. “The court’s decision allows to be displayed on Howard’s campus, where it will be viewed, enjoyed, and studied by Howard students, faculty, alumni, and visiting scholars for years to come.”

At COP27, Artists are Installing Their Work to Urge Heads of State to Act on Climate Change