Home News A replica of a replica: Sturtevant’s version of Claes Oldenburg’s The Store... 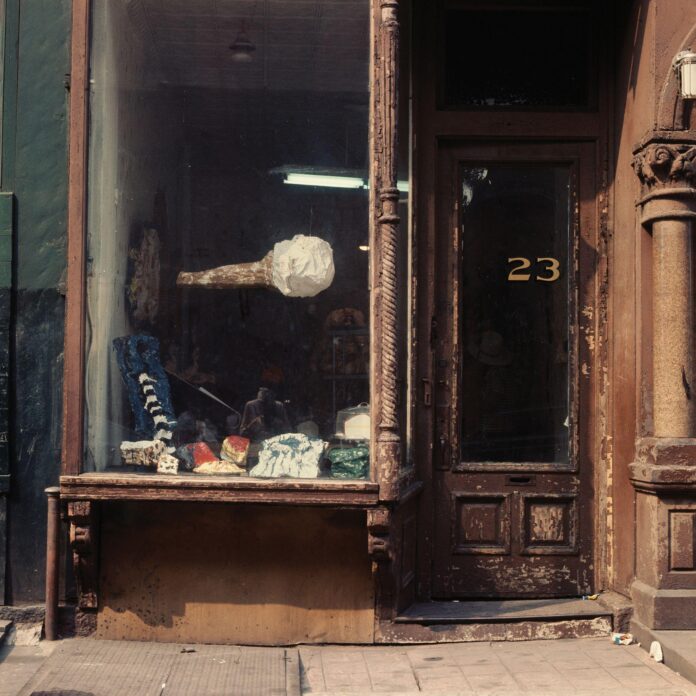 One of the most famous performance-installations by the Swedish-American Pop Art giant Claes Oldenburg, who died earlier this month, will be recreated at Thaddaeus Ropac gallery in London this September. Well almost.

Those familar with The Store (1961)—in which Oldenburg turned Green Gallery in New York’s East Village into a storefront filled with sculptures of foodstuffs, hardware and clothing to comment on the shifting boundaries between art and commodity—might find the works at Ropac slightly jarring. This is because what they will see will actually be a restaging of a 1967 work by the American postmodernist Sturtevant, then a young female artist who made her name replicating works by her better-known male contemporaries such as Andy Warhol and Jasper Johns.

Sturtevant staged her copycat installation—billed on publicity posters as The Store of Claes Oldenburg, rather than by Claes Oldenburg—in a gallery several blocks from the original, and recreated the objects from memory, so they appeared as disconcertingly inexact replicas. She once said that her intention for doing so was to “create a sense of vertigo”. Oldenburg attended the opening of Sturvetant’s show at her invitation, but cut off contact with her from then on.

At Thaddaeus Ropac, 14 of the objects Sturtevant made for the Oldenburg tribute will be brought together on the 55th anniversary of its first staging. These include a slice of blueberry pie, cigarette butts and a dress. They will be shown alongside The Dark Threat of Absence (2002), a video work in which Sturtevant re-enacts Paul McCarthy’s film Painter (1995), in which McCarthy himself poses as a version of Willem de Kooning.

During the first half of her career, Sturtevant’s practice was met with derision and hostility. But she enjoyed critical success later in life and today is seen as a precursor to appropriation artists such as Richard Prince and Sherrie Levine. Her work is also considered alongside artists such as Félix González-Torres who refigure repetition as a creative strategy within their practice. Before her death in 2014, she received a Golden Lion Lifetime Achievement Award at the 2011 Venice Biennale and major exhibitions at the Serpentine Gallery in London and the Moderna Museet in Stockholm.