Home News A Team of Archaeologists and Volunteers Are Conducting an Unprecedented Dig to... 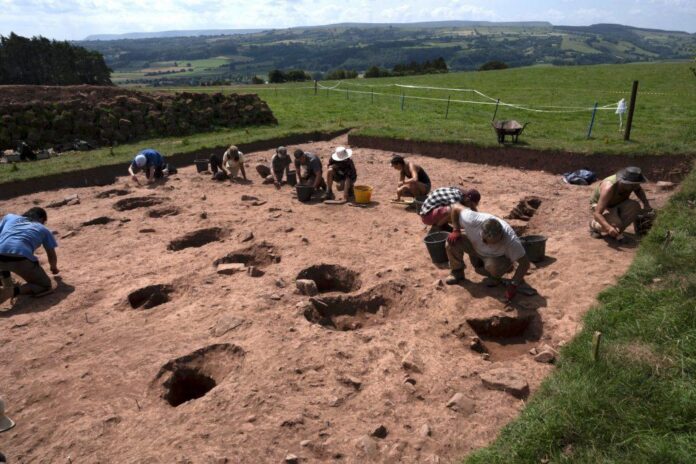 A team of archeologists and volunteers with the University of Manchester have kicked off the first-ever dig to uncover mysteries at Arthur’s Stone, a 5,000-year-old tomb in Herefordshire linked to the legendary King Arthur, of Round Table fame.

“Arthur’s Stone is one of this country’s outstanding prehistoric monuments, set in a breathtaking location—yet it remains poorly understood,” University of Manchester Professor Julian Thomas said in a statement. “Our work seeks to restore it to its rightful place in the story of Neolithic Britain.” 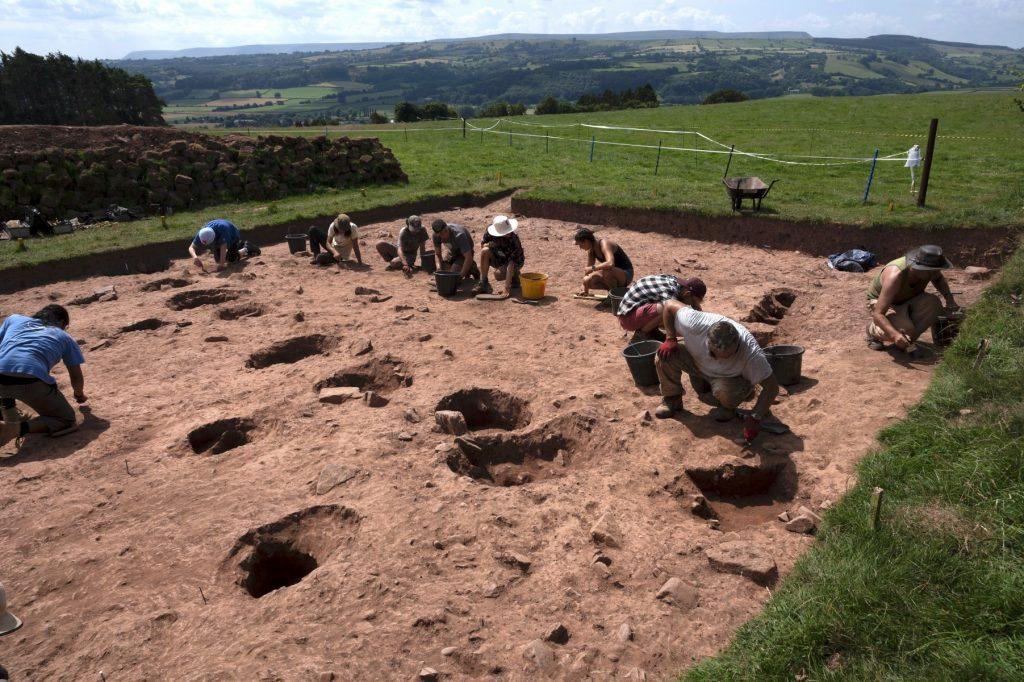 Arthur’s Stone dig in progress. Courtesy of the University of Manchester.

Together, the squad is now gingerly peeling back turf “to expose and record particularly sensitive archaeological remains.”

According to English Heritage, Arthur’s Stone resembles similar tombs across the region where archaeologists have discovered the “incomplete skeletal remains of several people, together with flint flakes, arrowheads and pottery.”

The plot only gets thicker. “Like many prehistoric monuments in western England and Wales, this tomb has been linked to King Arthur since before the 13th century,” the release states. “According to legend, it was here that Arthur slew a giant who left the impression of his elbows on one of the stones as he fell.” Historians still aren’t sure if Arthur was a real man or mere myth. 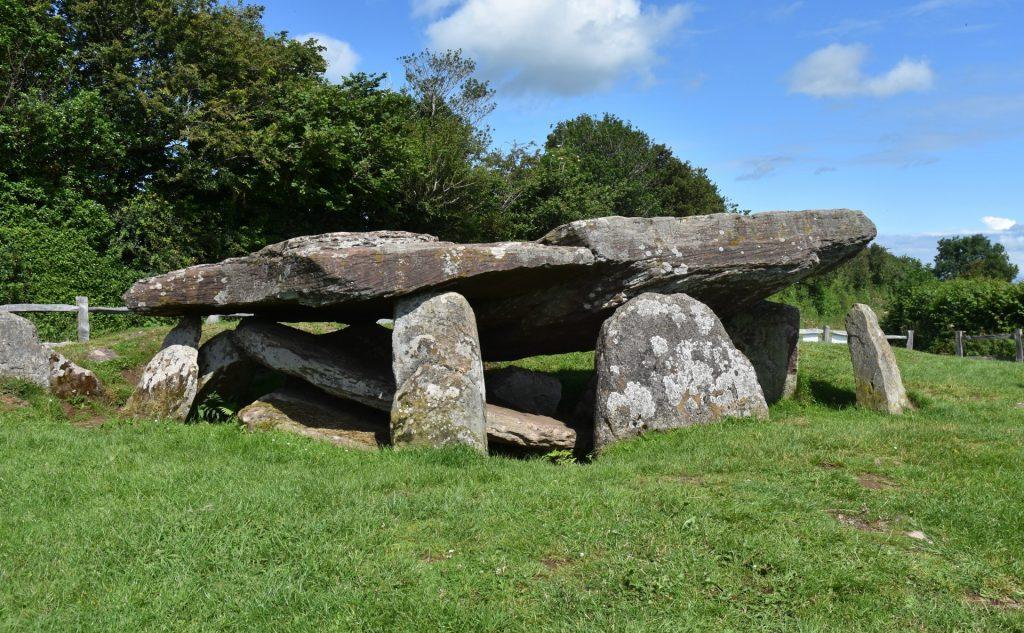 Arthur’s Stone. Courtesy of the University of Manchester.

It’s also hard to know for sure how Arthur’s Stone appeared in its heyday. Only the innermost chamber remains, built from nine upright stones crowned with a gargantuan capstone topping 25 tons. However, harnessing experience from the recent project just south of this site, Thomas and Ray have already divined that Arthur’s Stone originally extended towards the field southwest, “and may have taken the form of a low turf mound with rounded ends.”

Odds are slim, but there’s always a chance they could happen upon the missing link to verify King Arthur’s true identity. Since Arthur’s Stone sits on a soft and sloping hill, relatively tame for an archaeological dig, they’re opening this site so the public can join their adventure.

“Arthur’s Stone is one of the country’s most significant Stone Age monuments, and this excavation gives a really rare and exciting chance for members of the public to come and see archaeology in action,” said Ginny Slade, a volunteer manager at English Heritage. “Our team of wonderful volunteers will be on hand to explain the latest findings as they happen.”

What I Buy and Why: Fotografiska Chair Yoram Roth on Why He Loves Photographs That Are Painted, Burned, or Torn