Home News A Tourist Was Fined for Scaling the UNESCO-Protected El Castillo Pyramid in... 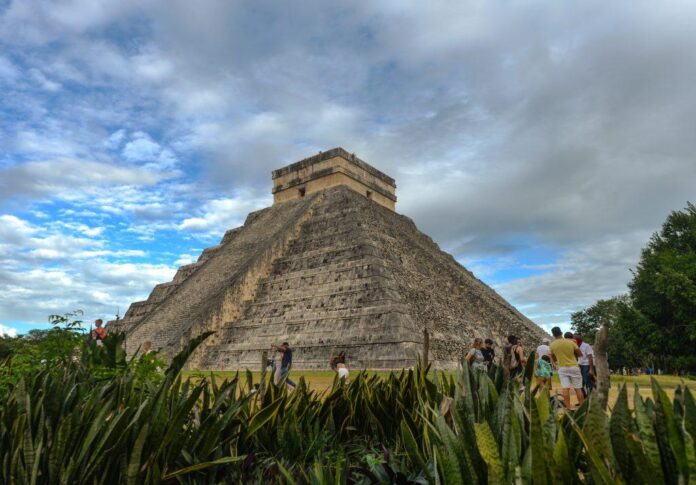 On November 21, a rogue tourist now identified as Abigail Villalobos, 29, appeared in a now-viral TikTok video making an off-limits climb atop the temple to Kukulkán in the ancient Maya town of Chichen Itza in Mexico.

Perched alone on the pyramid-shaped temple’s 91 stone steps, Villalobos performed a victory dance and posed for photos until site’s staff demanded she descend. Angry onlookers shouted Villalobos down as she returned to ground level, pulling her hair and dousing her with water, the footage showed.

Appointed a UNESCO World Heritage Site in 1988, Chichen Itza is Mexico’s most popular pre-Hispanic archaeological site, welcoming more than a million visitors in 2021.

Its central structure, the temple to Kukulcán (also called El Castillo), was completed between the 8th- and 12th-centuries, and honors the feathered Mesoamerican serpent god known to preside over rain, wind, storms, and creation. “The fusion of Mayan construction techniques with new elements from central Mexico make Chichen Itza one of the most important examples of the Mayan-Toltec civilization in Yucatán,” UNESCO noted.

Mexico’s National Institute of Anthropology and History (INAH) made climbing such sites illegal in the late 2000s to preserve them from erosion. 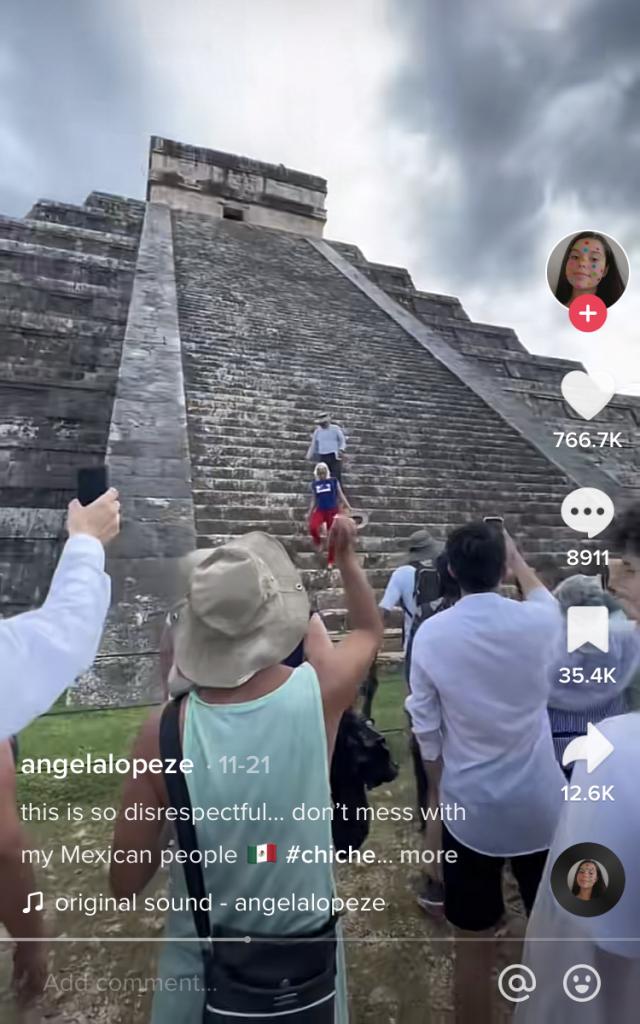 As she made her way through the violent crowd, Villalobos claimed to be from Spain. By the time she was taken into police custody at nearby Tinum, however, it was discovered that she in fact hails from Mexico. At the station, she was reportedly fined 5,000 pesos (roughly $250), before being released after half an hour. It is unknown if federal charges might be brought against Villalobos.

The reported fine has stoked outrage online, as the standard penalty for violating rules at heritage sites in Mexico is currently 100,000 pesos (about $5,000).

“If the penalty for a crime is a fine, then that law only exists for the lower class,” wrote a social media users. Others said that without prison time, such trespasses would continue taking place.

I think what she did was stupid, careless and inconsiderate. But I’m far more alarmed by the mob mentality of those who want to destroy another human being in any way possible for this transgression.

Villalobos’s new notoriety has seen her crowned the latest #LadyKukulkan and #LadyChichenItza, following previous tourists who have trespassed on the Maya monument. In January 2021, an apparently intoxicated woman climbed El Castillo to scatter her husband’s ashes. At the 2018 spring equinox, another scaled the site to “absorb energy” and snap a selfie.

The INAH stated shortly after this latest incident that the temple was not damaged by Villalobos’s antics.