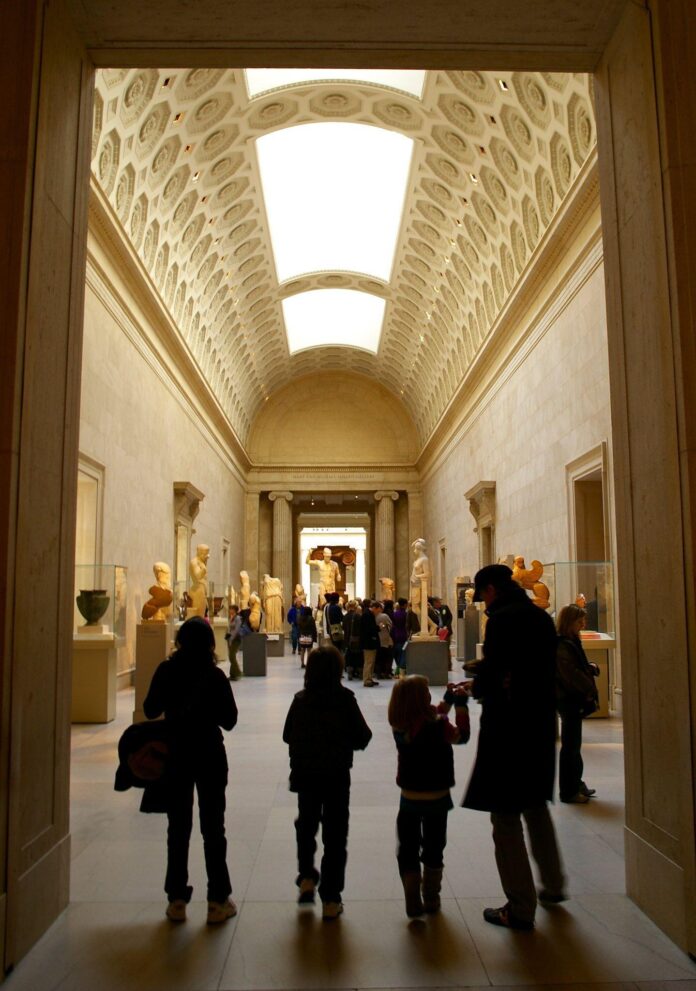 A collection of important Cycladic antiquities shared between the Metropolitan Museum of Art in New York and the Greek government has gone on show at the Cycladic Museum in Athens. The 161-strong holdings were put together over 40 years by the businessman Leonard Stern. On his Instagram feed, Max Hollein, the director of the Met, hailed the “great new partnership and a new solution to bring private collections with complex provenances to the public sphere”.

Billionaire Stern amassed his fortune through the sale of pet supplies, real estate and renewable energy innovations and kept most of his works at his townhouse on Fifth Avenue in Manhattan. He says in a statement: “With the growing realisation that my collection in its scope and size had become unique outside of Greece, I decided to work with Greece, the Museum of Cycladic Art, and the Met so that visitors in Greece and in New York can appreciate the magnificent beauty and mystical simplicity of these incredible objects carved some 4,500 years ago.”

The artefacts, created in the Cyclades islands off the coast of Greece in the Aegean sea, date from the early Bronze Age Cycladic civilisation of the third millennium BC. “Nearly all the major types of Cycladic marble figurines are represented from the Late Neolithic period to the end of the Early Bronze Age, including [works such as] violin shaped, Plastiras, Hybrid [and] Louros,” a statement from the Met says. The collection also includes a large number of marble vessels including beakers, bowls, collared jars or “kandilas” and footed cups and palettes.

Stern donated his collection to the Hellenic Ancient Culture Institute, a non-profit organisation based in Delaware. According to The New York Times, the institute is governed by a board whose chairman and majority of members are appointed by the Cycladic Museum. Stern told the New York Post he had worked on the multi-party plan with the Greek culture minister Lina Mendoni, saying: “My professionals worked with their professionals and that is how they structured it. It is what I was advised to do.”

Crucially, the complex multilateral agreement stresses that “Greek patrimony law provides that the Greek State is the sole owner of the collection.” The deal—which was approved by the Greek parliament in September—will bring all 161 of the Cycladic artefacts to the Met for a 25-year display starting in January 2024 (15 works are currently on show at the Cycladic Museum).

“After the collection is on view in its entirety at the [Met] museum for ten years, select works will periodically travel to Greece over 15 years for display while other loans of Cycladic art will come to the Met. Following that 25-year loan period, important works of Cycladic art will continue to be loaned to the Met from Greece for an additional 25 years,” says the Met in a statement. Stern will also fund a new archive room at the Met’s Onassis Library for Hellenic and Roman art, along with a new archivist role; fellowships will also be awarded to scholars from Greece to study the ancient Greek masterpieces.

But the arrangement has sparked controversy with some critics, such as the Greek politician and history professor Sia Anagnostopoulou, questioning the provenance of some of the Cycladic artefacts. Stern said that all of the works have been purchased from legitimate sources while Mendoni said in a speech in September that the ministry had no evidence that the items in the Stern collection had been exported unlawfully, addsThe New York Times.

The new collection-sharing model could also pave the way for other important restitutions like that of the Parthenon marbles from the British Museum in London. The Greek government spokesman Yannis Oikonomou said that the exchange will create a “procedure and a means that encourages other collectors of Greek antiquities to make similar moves” without involving bureaucratic court processes.