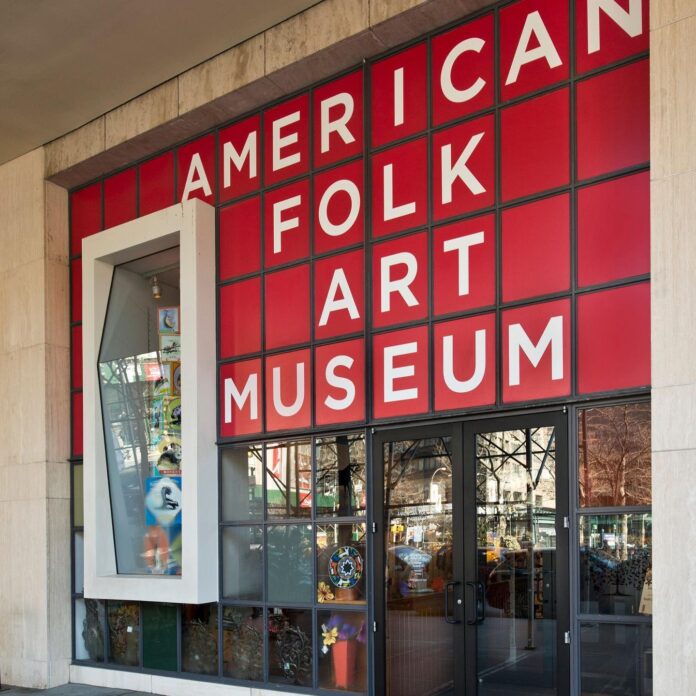 Founded in 1961, the American Museum of Folk Art (AFAM) celebrates its 60th anniversary. In honor of the event, the Museum of New York announced a gift of 40 works of art from Laura Parsons, the museum’s longtime trustee, and her husband, Richard D. Parsons.

The gift included works by:

This generous gift is Laura and Richard’s latest contribution to the American Folk Art Museum. The paintings and sculptures included in the gift are a transformative addition to the museum’s collection and reinforce its commitment to presenting an inclusive, detailed, and meaningful history of folk art in time and place.

Pippin’s painting “Wash” (circa 1942) is an open-air scene – a log cabin located in the forest by the river. Working in front of the house, a lonely female figure washes clothes in a basin as a pig looks at her. Using a modern style, Pippin depicted a wide range of subjects in his works: moments of home, portraits, landscapes, history, biblical themes, and the First World War.

Pippin’s paintings were exhibited throughout the country, found in large collections, and published in major magazines.

Born into slavery after his release, Trailor worked as a farmer on a former plantation in rural Alabama. Later, in Montgomery, he was around the 80s when he started painting, painting, and painting on discarded cardboard in the last decade of his life.

Traylor was a storyteller. His simplistic visual language of figures, animals, and structures articulated his complex memories of hard work.

At 15, Hunter moved to the Melrose cotton plantation near Natchitoches, Louisiana, where she worked as a regular worker for most of her life. After working as a Field Worker for over two decades, her responsibilities shifted to food preparation and housekeeping.

After working all day, she began painting at night. It was the 1940s and she was well into her 50s. Hunter portrayed the daily routine of her community — cotton fields, baptisms, cooking, cleaning, and still-life flowers. She painted thousands of paintings using canvas, paper, and all sorts of household items.

The gift also includes lesser-known folk art paintings, whose products are no less interesting. Represented by Mary Francis Whitfield, an Alabama native living in New York City. Whitfield’s paintings reflect the lynching and racial violence she heard about from her grandmother in Birmingham, where the artist spent her summer growing up.

There is a painted and carved tiger by Elijah Pierce, a Mississippi artist based in Columbus, Ohio. A hairdresser and skilled woodcarver, Pierce is known for his biblical scenes, political references, and personal stories.

From the mid-19th century to the present, the experiences, observations, and imaginations of these artists have been central to their work and shed a unique light on the American experience – the country’s infamous racial history, the legacy of slavery, southern culture, and so on women with no formal education, war heroes who fought for a country depriving them of their fundamental freedoms, and ordinary life, joys, miracles, and problems face each other. Their authentic voices and unusual artistic techniques provide important opportunities for public discussion of American folk art prospects.

FERGUSON’S WORK from the Bahamas laid the foundation for the Parsons collection. The painter Ferguson is also known for recalling biblical stories in his works. Mrs. Parsons told Artnet News that they were on vacation in the Bahamas when she discovered his work in 1997.

Parsons purchased two paintings from Ferguson and two years later joined the board of the American folk art museum NYC in 1999.

Over the years, Parsons continued to collect, adding works by Ulysses Davis, Hugh Mulzack, Jimmy Lee Saddut, Joe Light, Felipe Benito Archuleta, William Hemmerling, and others, which were also included as a gift to the American Folk Art Museum.

Artist Maria Lassnig Agonized Over Her Ambivalence Toward Marriage and Motherhood. A New Book Shows How She Painted Her Way Through It