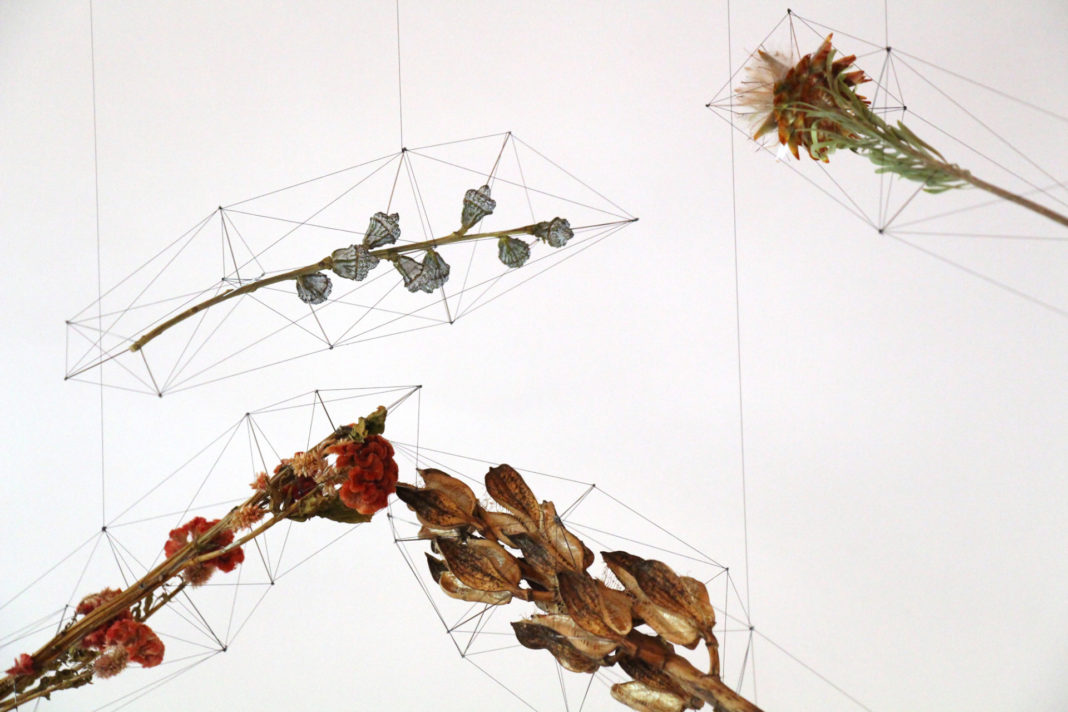 Japanese designer Norihiko Terayama suspends simple floral arrangements in polygonal forms, contrasting the organic material with straight, meticulous lines. With the simple addition of pins and thread his series Crust of the Polygon reframes the dried plants as poetic sculptures. Another one of his series, Polygon of Tree Branch, features full branches encased in a similar geometric style. 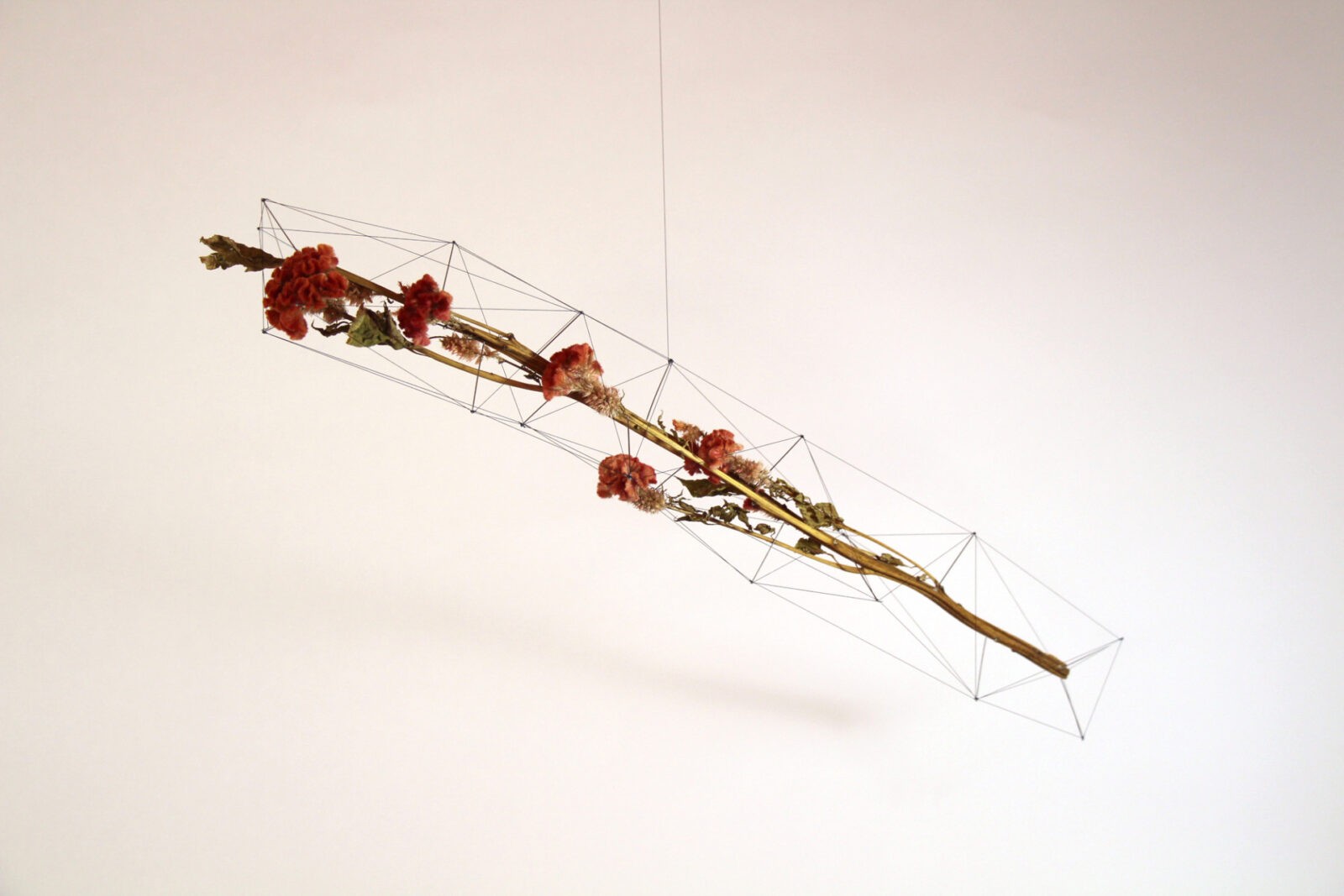 Norihiko Terayama was born in 1977. After graduating from the Design Academy Eindhoven in 2006, he began his own studio [Studio Note] based in Japan. Most of his works feature motifs from natural objects. 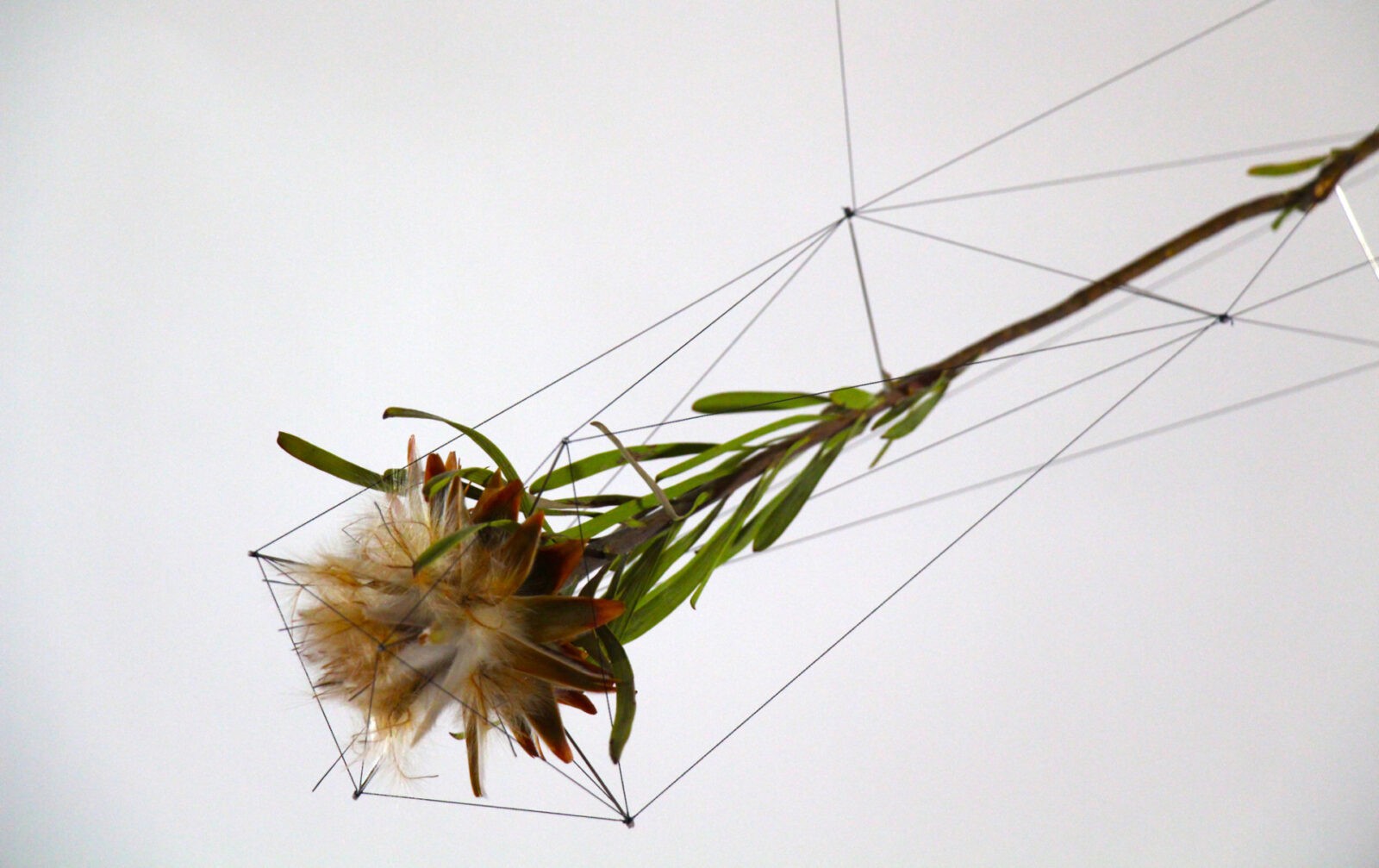 Titled “crust of the polygon,” the artist, designer and architect has merged all his specialties into crafting a series of delicate sculptures. One by one he plants pins into his objects – a piece of driftwood or a flowering branch – and then connects the tip with twine to create, what he calls, additional “exterior crust” of polygons.

Sometimes the pins balance the objects on a surface while others are suspended by a separate piece of twine. But either way the minimal and delicate sculptures work to levitate the natural object creating a poetic reframing of the ordinary. 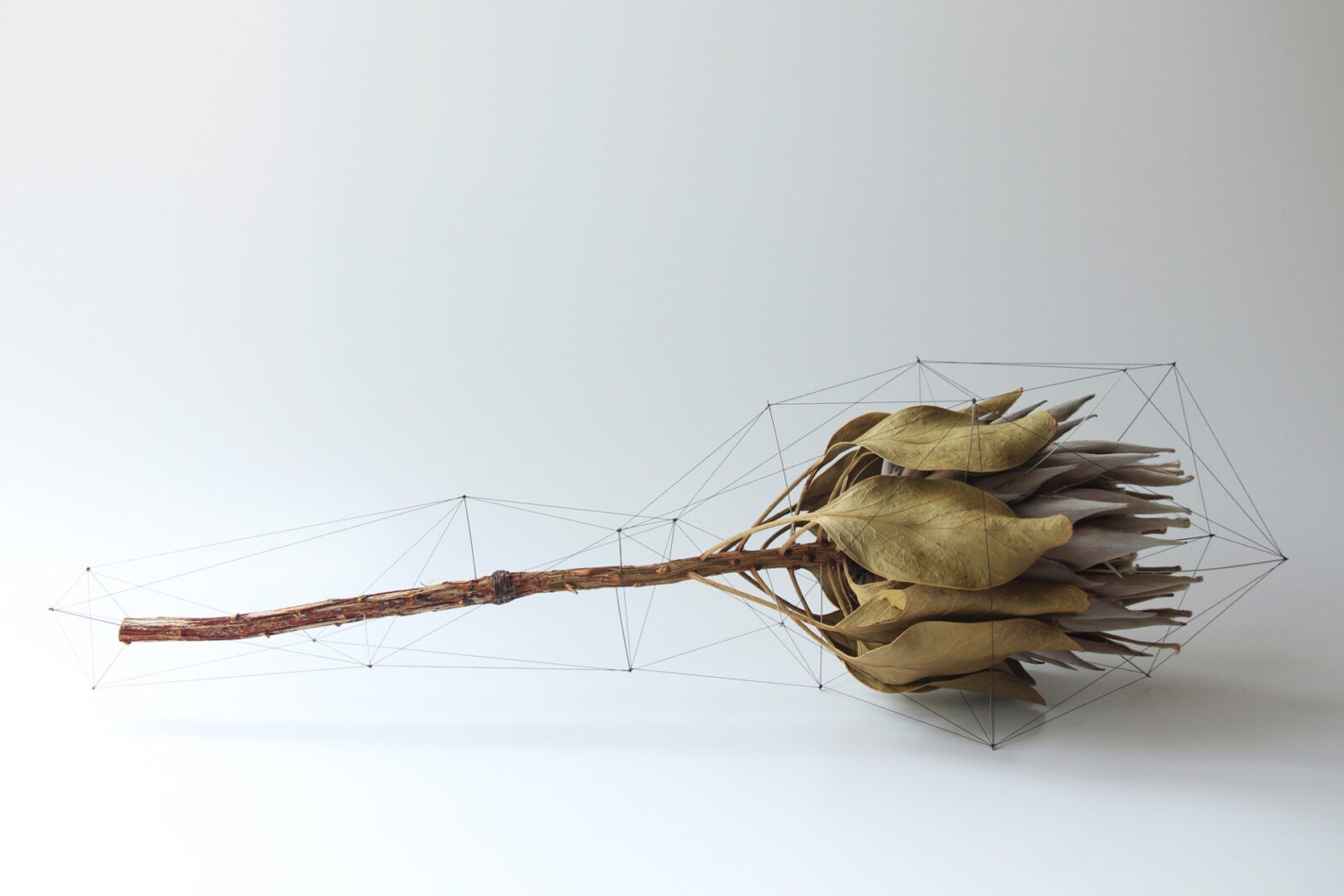 His company Studio Note designs home and lifestyle products which often incorporate natural elements. You can see more projects by the Japanese designer on his website.