Home News An Ancient Portrait of a Mystery King Has Been Unearthed at the... 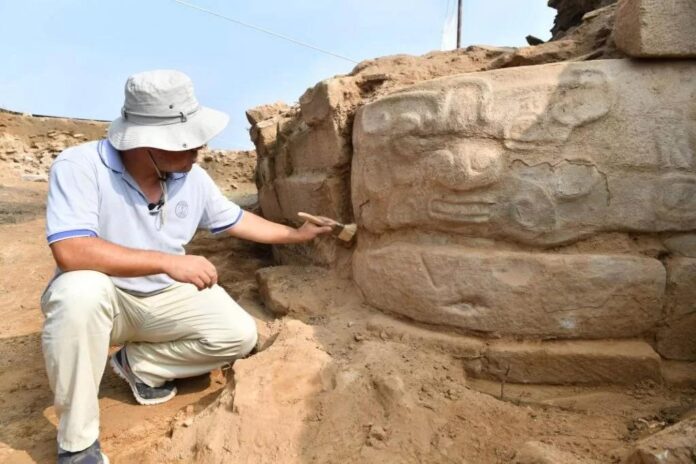 Archaeologists in China have unearthed what they think could be a portrait of a king carved into the foot of the Shimao Pyramid in the Shaanxi province.

The sculpture is one of 70-some stone carvings discovered at the base of the 4,300-year-old archeological site in recent months and years. But according to Professor Shao Jing, the lead scientist on the Shimao dig, the king portrait is among the largest—and perhaps the most revealing.

Three faces are depicted on the newly excavated, six-foot-tall stone sculpture, with each bearing wide mouths and noses, as well as other adornments, such as earrings. One face, the trio’s biggest, boasts a crown atop its head. But it’s another figure that Shao believes to be the leader.

“The eastern face that has been unearthed appears to be in the center of the whole group—and maybe the image of the king of the Shimao ancestors,” the archeologist, who teaches at the Shaanxi Academy of Archaeology, told the Chinese news agency Xinhua this week. 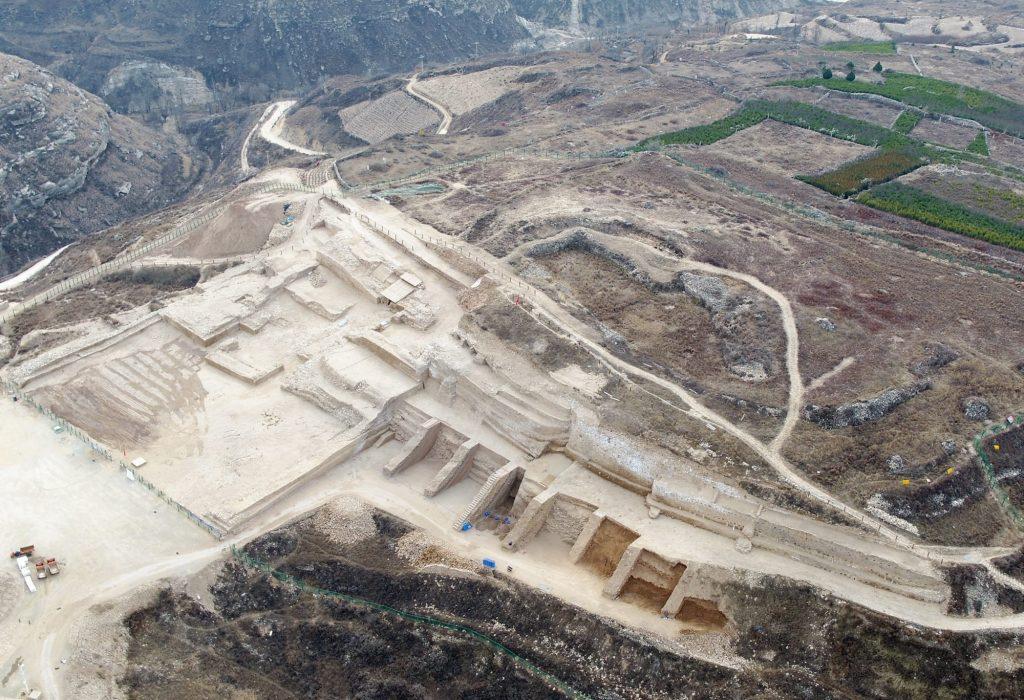 The Shimao archeological site in the Shaanxi province of northwest China.

Located on the southern edge of the Ordos Desert in northwest China, the Shimao archaeological site covers nearly 1,000 acres and dates back to 2000 BC, or the end of Longshan period.

The walls surrounding much of the site were once believed to have been part of the Great Wall of China, but, the recent discovery of jade at the site suggests they were erected earlier, during the Neolithic age, per National Geographic.

Shimao’s stepped pyramid stands at roughly 230 feet, making it nearly half the height of Egypt’s Giza pyramids, which were built just a few centuries prior.

At the foot of the pyramid is a sprawling palace that stretches across more than 800,000 square feet and overlooks a walled city that’s even bigger—50 times so. There, researchers have uncovered roadways, courtyards, and public squares, providing a glimpse into how the ancient civilization operated.

According to the Xinhua report, DNA studies have shown that the majority of the walled city’s occupants were Chinese. As for the ruling class, their identity remains unknown. The community is believed to have died out suddenly 3,800 years ago.

‘We Are Not Perfect People—Like Any Other People’: Qatar’s Art Scene Wants to Break Down Stereotypes Amid a Controversial World Cup

All you ever wanted to know about Vermeer, from a “legendary” show catalogue to an illustrated book for kids—selected by the curators Pieter Roelofs and J.M. Gregor Weber