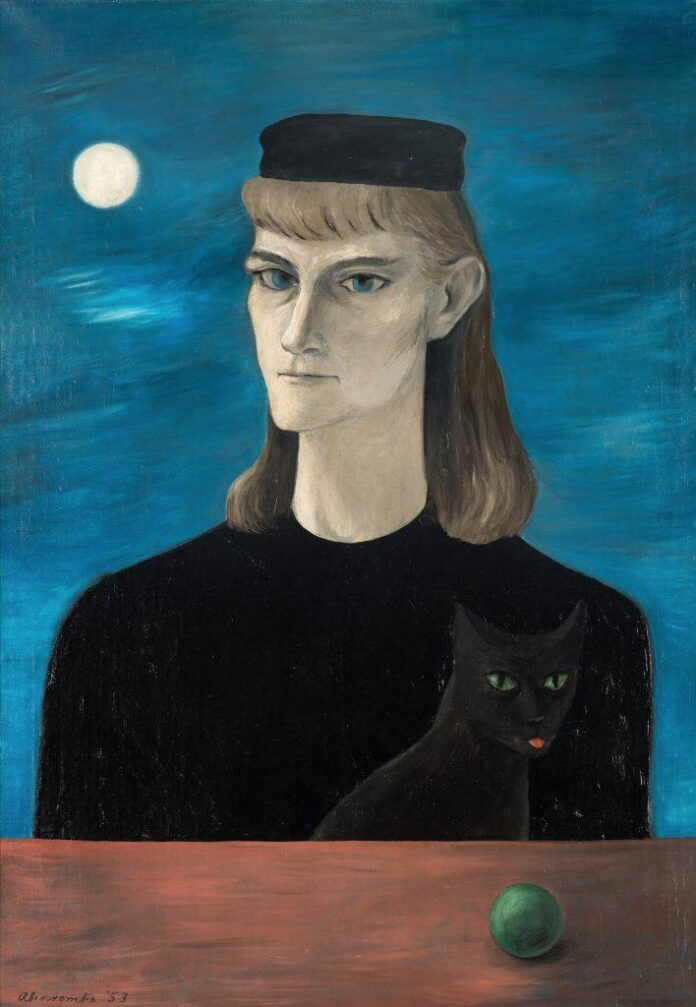 A single-owner, single-artist auction of works by the late Chicago painter Gertrude Abercrombie scored more the $2.8 million this week, overhauling the once-overlooked figure’s auction record along the way. The market’s recent obsession with mid-century Surrealism shows no signs of slowing down.

Twenty-one Abercrombie artworks were included in the event, which was hosted by Hindman at its headquarters in Chicago. All but one piece sold, with each of those 20 lots meeting or exceeding the auction house’s pre-sale estimate.

The artworks all belonged to husband-and-wife Laura and Gary Maurer, who, for many years, were among Abercrombie’s biggest collectors. Each piece was made between 1937, when the artist was just beginning her career, and 1971, six years before her death. 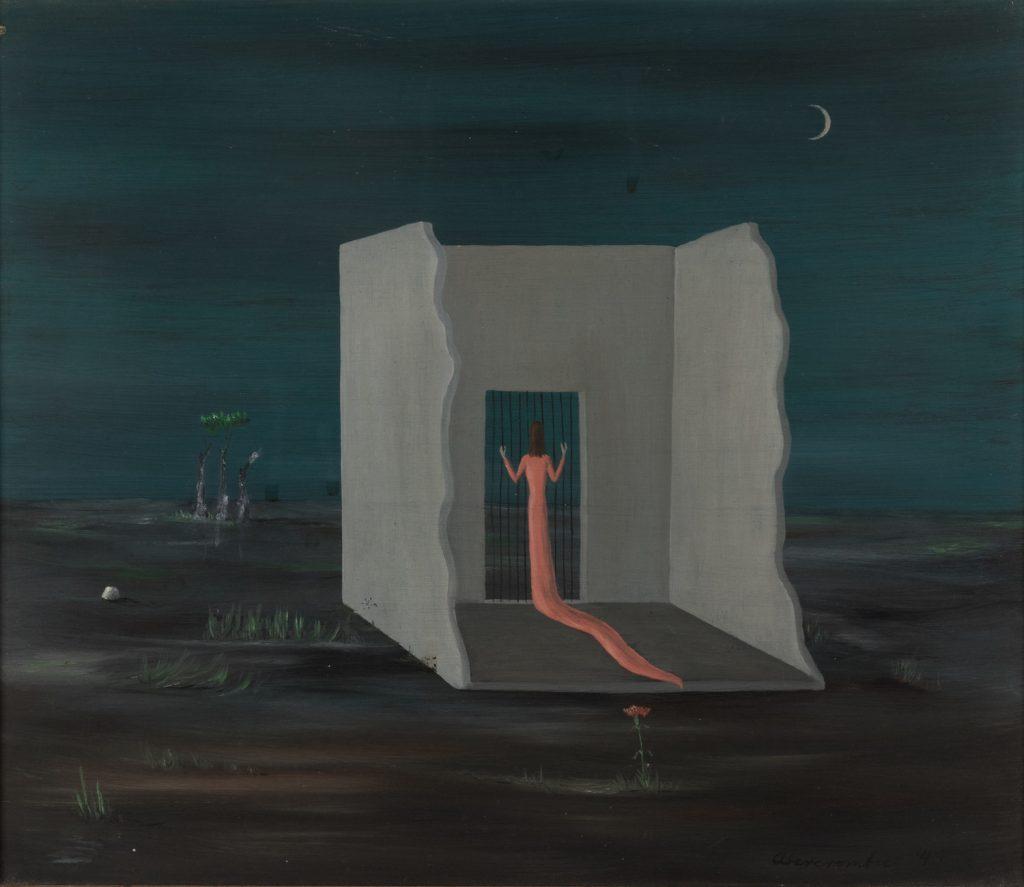 The star of this week’s auction was no doubt Self and Cat (Possims), a rare mid-sized composition by Abercrombie, which took home $375,000. The wry, 34-by 24-inch self-portrait depicts the artist dressed in black, as if off to a funeral. Possums, Abercrombie’s beloved pet, sits on her lap, barely detectable at first glance.

The price paid for artwork, which fell squarely within Hindman’s pre-sale prediction of $300,000 – $500,000, nearly eclipsed Abercrombie’s auction record. That figure came in February of this year, when Hindman sold 1964’s The Dinosaur for $387,500.

Since then, Abercrombie has been a covetable name at auctions and art fairs. Sixteen of Abercrombie’s top 20 auction prices have been made in the last seven months, according to Artnet’s Price Database—10 of those at the most recent Hindman event this week.

Meanwhile, Corbett vs. Dempsey sold a diptych by the surrealist for $300,000 at the Independent 20th Century fair earlier this month. 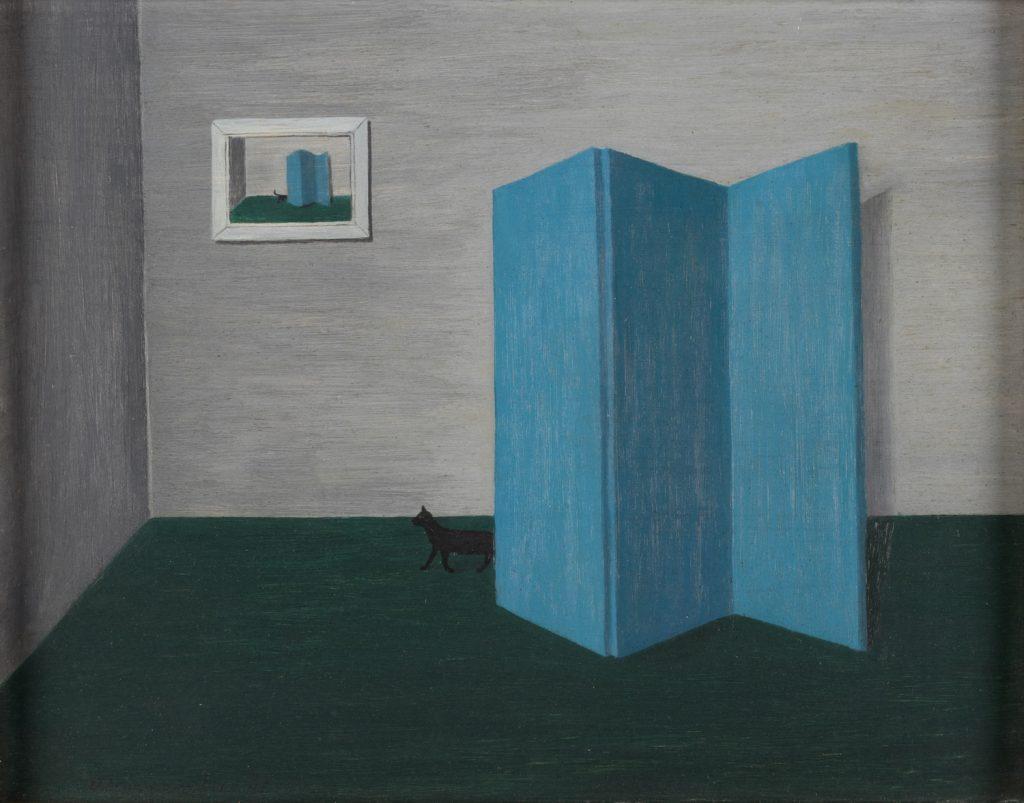 Recapping its sale, Hindman did little to disabuse the market excitement around Abercrombie’s work. Quite the opposite, in fact: “As I stepped onto the podium, the energy in the room was undeniable,” said Joe Stanfield, the auction house’s vice president and senior specialist for fine art, in a statement. “The opportunity to present a collection as significant as the Maurers’ was truly amazing, and the extraordinary response and results reflect how carefully it was curated.”

Zack Wirsum, Hindman’s director and senior specialist for Post-War & Contemporary Art, added that it was “pure magic to work with such a charmed collection and such charming collectors.”

“Sharing Gertrude’s unique vision with so many new eyes is what auction dreams are made of,” he added.

Art Industry News: A Countess Is Suing Over an ‘Unprofessional and Shoddy’ Chardin Sale That Cost Her $9 Million + Other Stories

Editors’ Picks: 11 Events for Your Art Calendar This Week, From the Watermill Gala to a Puppet Show Operated by a Crane