Home News Archaeologists Have Pinpointed the Origins of 2 Mysterious Sarcophagi Discovered After the... 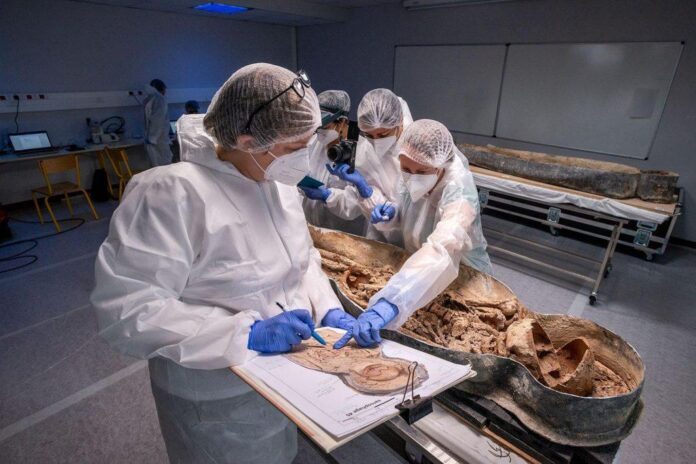 Last Friday, French archaeological agency INRAP shared new insights regarding two sarcophagi unearthed during pre-restoration assessments at Notre Dame in March. In partnership with the University of Toulouse, INRAP announced they’ve identified one body as a high priest and learned more about the other “illustrious stranger,” a knight.

INRAP has handled preventative archaeology at Notre Dame since July 2019. Months after finding these preserved lead sarcophagi buried where the cathedral’s transept crosses its nave, INRAP sent them to be opened at the Toulouse University Hospital, where they were searched and then analyzed using scanners and X-rays from November 21 to 26. Experts donned protective garb to shield them from the toxic metal, and used sterilized instruments to protect the graves.

The high priest’s coffin was found in a stone vault eight inches underground, but the anonymous knight was buried several feet deep, indicating they lived in different times. Placement also indicated they were elites of their own eras. Cathedral burials have prevailed since medieval times, INRAP said, but the most sought-after spot was here, near the choir. 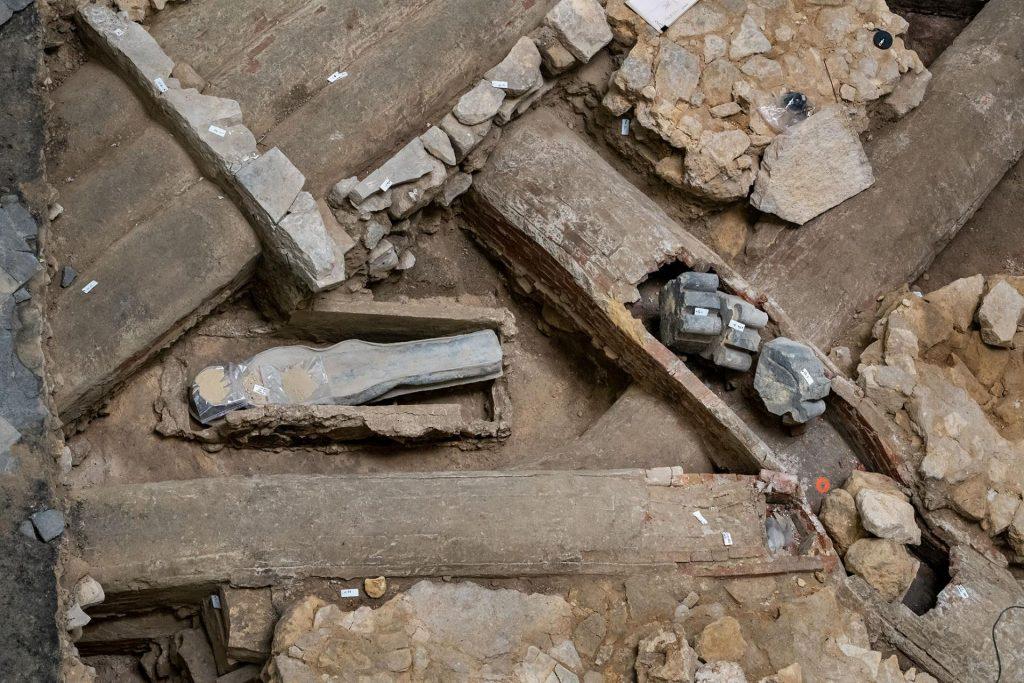 Lead coffins were also reserved for important people. Notre Dame abounds with the dangerous metal, which was released into Paris’s atmosphere following 2019’s fire. Old world folks weren’t aware of its health impacts. Lead, instead, had a mystical reputation as the opposite of gold in alchemy. Lead also offered protection, but both these coffins were punctured while below ground, allowing oxygen to decay the flesh inside.

An epitaph atop the more superficial coffin says it belonged to Antoine de la Porte, who died at the age of 83 on December 24, 1710. Only de la Porte’s bones, hair, and beard survive. Textile remains have been collected for study, alongside three engraved metals the wealthy prelate was buried with. De la Porte donated to the redevelopment of the choir’s seating area at Notre Dame. His tomb was nicknamed the “Jubilee Canon.”

De la Porte had “extraordinarily good teeth,” said University of Toulouse anthropologist Eric Crubézy—who led the unsealing of the coffins—to reporters, according to the Guardian. “We see this very rarely, but he clearly cleaned his teeth and took care of them.” 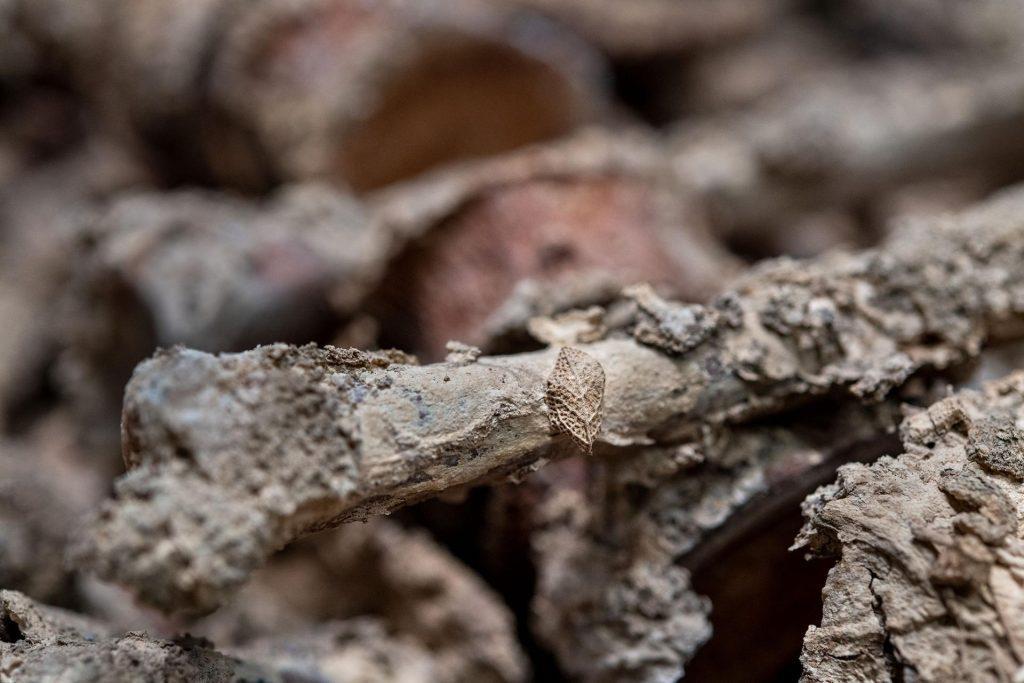 Detail of leaf remains on a bone. All photos © Denis Gliksman, INRAP

The other coffin was molded directly to the body it held. An endoscopic view revealed a decaying flower crown within, and more leaves at abdomen level. The figure’s sawn skull indicates he was embalmed, confirmed by the well-known embalming plants he was buried with. Visible funeral rites suggest this person was also an aristocrat—a horseman in fact, based on his pelvic bones. In lieu of a name, researchers have nicknamed him “Le Cavalier.”

Crubézy said this knight must have worn a headband since infancy to elongate his skull, as was the custom in wealthy circles, and he dealt with a chronic illness that ruined his teeth and complicated the end of his short life. INRAP’s Christophe Besnier, who oversaw the excavation, said they can use death registers to identify “Le Cavalier” if he died after the second half of the 16th century, but estimates date his body to the 14th century.

Analyses are still underway to determine details surrounding these two deceased, including their dietary habits, causes of death, and the precise nature of their burials. Researchers will also compare de la Porte’s biography with his remains. Final results are expected in the first half of 2023.