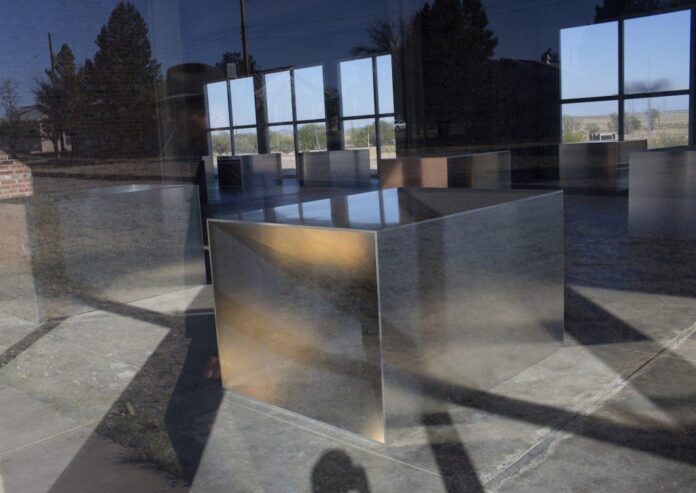 Natalia LL Has Died – The Polish feminist artist has died at 85. Natalia LL became known for her provocative works problematizing the male gaze in the 1970s. (ARTnews)

Lost Banksy Pops Up in Tel Aviv – A Banksy-stenciled rat protesting Israel’s separation barrier that was removed from a site in the West Bank has now reappeared at an art gallery in Tel Aviv. was painted on an abandoned Israeli army position next to a section of the wall in 2007 but disappeared after it was removed by unknown parties. (Guardian)

The Battle Over Donald Judd’s Marfa Museum – The Chinati Foundation must contend with how to fix leaky roofs and deal with baking heat that is causing sculptures to expand and contract and thus slowly inch out of alignment. It’s not clear if measures to tint windows would ruin the views the artist envisioned, and the foundation has already faced accusation’s that it has gone corporate and lost touch with the Minimalist’s legacy. ()

How Border Tensions Affect the South Asian Art Market – Pakistan’s trade freeze with India, in place since 2019, means that artists are having trouble securing visas, while more art is smuggled across the border, and Dubai has emerged as a key player in art trade between the two nations. (The Art Newspaper)

Texas Museum Returns Sculpture to Mexico – The Museum of Fine Arts of San Angelo has returned a gilded statue of the patron saint of lost things, Saint Anthony of Padua, to a church in the Mexican city of Jiutepec. The 19th-century sculpture turned up in the museum’s collection some time after it was stolen in 2002. (ARTnews)

New York Gives Noguchi Museum $4.5 Million – The money will go to renovations and to restore the Japanese-American artist’s original 1959 studio situated opposite the museum. (Press release)

What Do You Say to Someone After a Very Bad Studio Visit? [Cartoon]