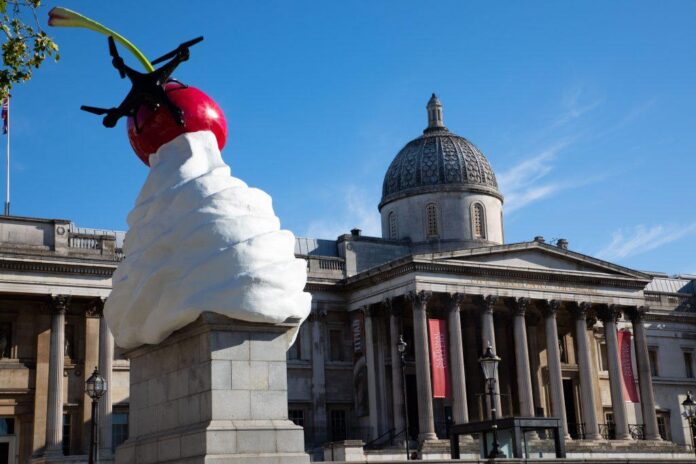 Just as soon as Queen Elizabeth II was laid to rest after yesterday’s state funeral, U.K. ministers and royal officials are now embroiled in a debate over where to place a permanent memorial of the longest-reigning monarch in British history.

Trafalgar Square’s Fourth Plinth in London has emerged as a top contender, but many are unhappy with the idea. Some members of the art world say the placement would risk taking away what is perhaps the best-known public art commission in the world, known as the Fourth Plinth. Politicians, meanwhile, have argued that the location is not prominent enough,

The Fourth Plinth has established itself as a prominent landmark for contemporary art since the Royal Society for Arts, Manufactures, and Commerce founded the Fourth Plinth program in 1998, with support from the Cass Sculpture Foundation. A total of 13 artists, including Yinka Shonibare, Hans Haacke, and David Shrigley, have shown their work on the plinth since 1999. 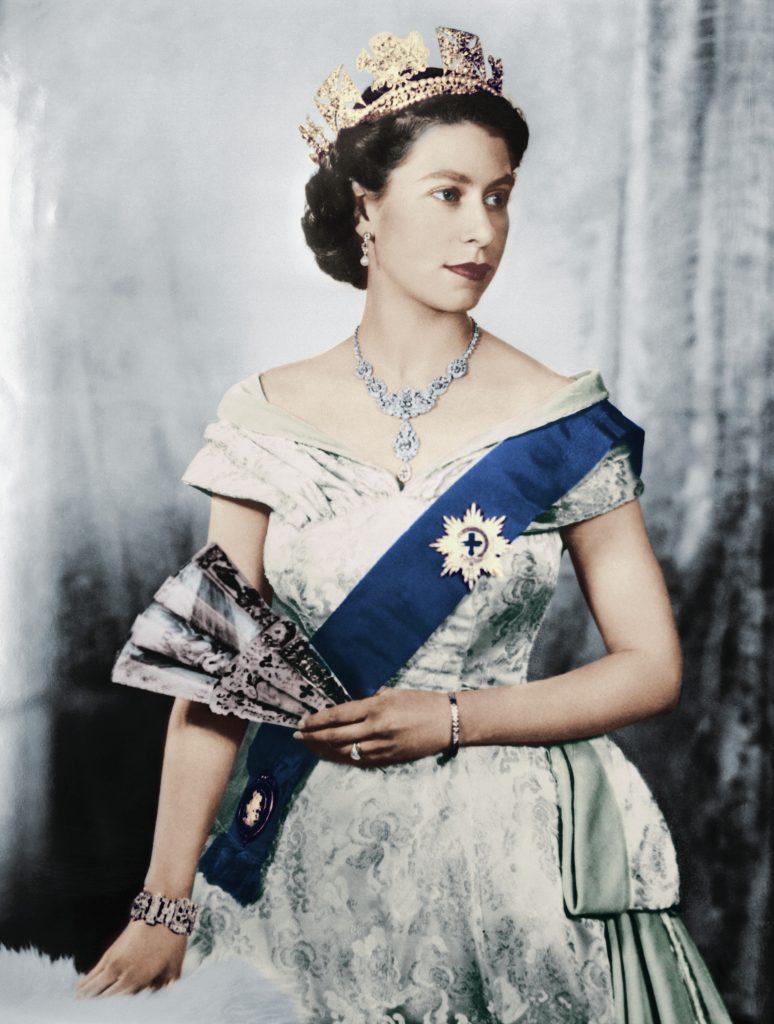 An archival image of Queen Elizabeth II of England from 1952, via Getty Images.

“Through many of the amazing artistic contributions over the years I think the Fourth Plinth has become The People’s Plinth and is no longer a suitable site for celebrating members of the royal family,” Michael Elmgreen of Scandinavian artist duo Elmgreen and Dragset, who’ve also displayed on work on the plinth, told . “It would also be a devaluation of Queen Elizabeth’s popularity to place a statue of her next to the very unpopular King George IV [on the northeast corner plinth].”

Elmgreen and Dragset’s commission was exhibited on the Fourth Plinth in 2012. Currently, the Fourth Plinth now hosts Heather Phillipson’s , a now iconic sculpture that has earned the London-born artist a nomination for the coveted Turner Prize this year.

Clare Lilley, director of Yorkshire Sculpture Park, weighed in saying that it “would be a great shame” to take away the Fourth Plinth program, an important contemporary art platform and a symbol for London as a forward-thinking city. The plinth is not suitable for the memorial for the late queen either, she told the , as it sits in an awkward location “in front of the National Gallery terrace” and close to “busy public toilets.”

Some politicians favored the idea of installing the memorial at the Parliament Square, citing the queen’s sensitivity to the constitution and the monarch’s relationship with the parliament. There are four plinths at each corner of Trafalgar Square and “being one of the four statues” in the square “is not good enough,” said Conservative MP David Jones.

Other plans to commemorate the service of the late queen included renaming streets, parks, and even Heathrow airport in her honor, according to local media.

The queen died at Balmoral on September 8, at age 96. She was buried yesterday alongside her late husband, Prince Philip, at the King George VI Memorial Chapel at Windsor Castle. The U.K. celebrated Queen Elizabeth II’s platinum jubilee in June.