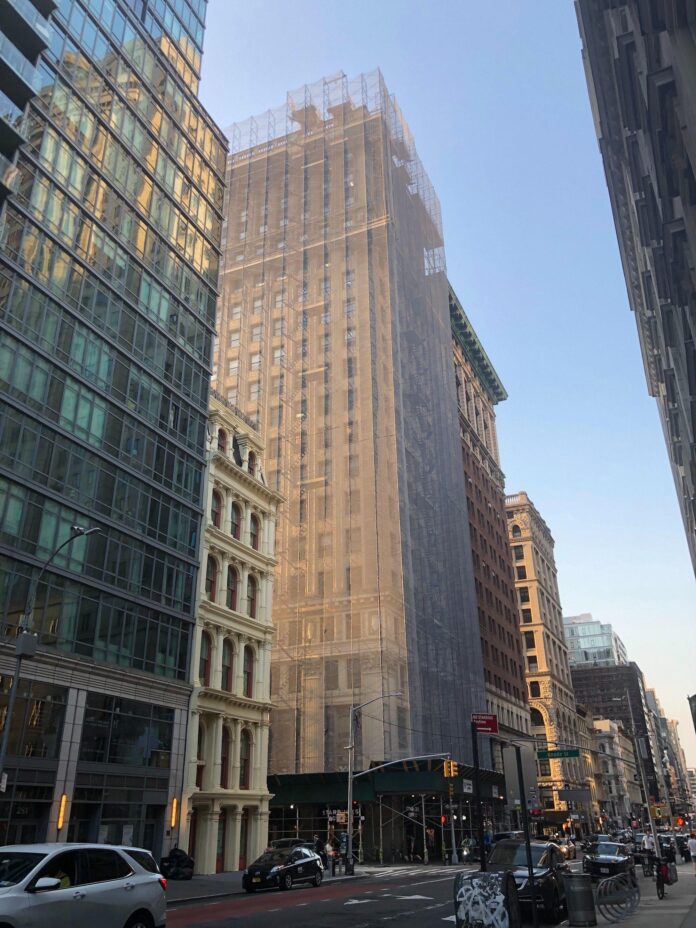 As yet more major galleries move into the neighbourhood—this week it’s Almine Rech, next week Pace opens—Tribeca’s status as New York’s foremost gallery district can scarcely be questioned any longer. But hand-in-hand with that status come a host of issues that have undermined the vitality of previous gallery districts from Chelsea and Bushwick, Brooklyn on back to Soho—rising rents, competition for prime real estate and opportunism from landlords eager to see smaller galleries and artist-run spaces move out so they can charge premiums to blue-chip dealers.

Earlier this year, Postmasters Gallery closed its physical space in Tribeca and pivoted to a nomadic model: renting temporary spaces around the city for short-term exhibitions while focusing on a virtual model that includes a dedicated NFT (non-fungible token) platform. It left some wondering if this was a sign that the early adopters of the Tribeca gallery resurgence were doomed to fall victim to its success, as had happened to many smaller and mid-size spaces in Chelsea (including Postmasters) previously.

Even amid such concerns, many galleries have made large, long-term commitments to the neighbourhood, often with the assistance of real estate agents long involved in the area like Jonathan Travis. James Cohan, after experimenting with international (Shanghai) and local (Lower East Side) expansion, has set down roots with two spaces in Tribeca. Mega-gallery David Zwirner opened a satellite space, 52 Walker, dedicated to special projects.

Downtown stalwart PPOW—which has variously called the East Village, Soho and Chelsea home—announced earlier this year an expansion of its current space on Broadway, signaling a dedication to the district. Galleries of a similar caliber and history might have expanded to other cities; PPOW toyed with this idea, exploring the possibility of a Los Angeles outpost, but ultimately decided it did not fit with the gallery’s mission, which requires being completely involved in their artists’ work. “You can’t have that with locations that require extensive travel and/or remote communication,” Wendy Olsoff, one of the gallery’s co-founders, says.

Moving to Tribeca felt like a natural move for PPOW, Olsoff says, as it is more centrally located than its former location in Chelsea, affording more foot traffic and a more diverse audience. Though the gallery left downtown 20 years ago, it still works with many of the artists and artists’ estates from their days in Soho and the East Village, when they first started working with Hunter Reynolds, Martin Wong and David Wojnarowicz. Coming back downtown just felt right, a sentiment shared by other gallerists.

Canadian gallery Arsenal Contemporary recently announced plans to move to 11 Cortlandt Alley, just above the non-profit Artists Space. “We started looking for a space in the summer of 2020 and from the get-go we were fairly certain we wanted to move to Tribeca,” says Arsenal’s managing director Anais Castro. “There was a concentrated number of galleries over a three-block radius. In that sense, Chelsea feels like there’s just too much to see for a single visit and the Lower East Side (where Arsenal’s New York space is currently located) is very scattered.”

Max Marshall of Deli Gallery says the decision to move from Brooklyn to Tribeca was an easy one. “The most appealing aspect of the neighborhood, beyond the unique and characteristic architecture, was the fact that it was an emerging scene,” he says. “It was exciting for us to be part of this cross section emerging in the neighborhood that ranged from mega galleries to smaller spaces.”

Olsoff notes that galleries are not immune to fluctuations in the real estate market, particularly galleries like hers. “No one in Tribeca, as far as I know, owns their space,” she says. “We have all renovated other people’s buildings. The big dealers in Chelsea are also real estate investors. Their risk is minimized compared to those who rent. We have ten-year leases and then rents increase and we have to move to find more affordable space.” She adds: “This is something bigger galleries don’t have to contend with.”

Jung Lee Sanders of Art Projects International, which has been in Tribeca for 25 years, concurs. “The closing of a gallery like Postmasters that’s been around for decades just demonstrates financial challenges in running a gallery, even with a terrific program,” she says. “The gentrification of neighbourhoods has always been this way—[eventually], economics takes over.”

The window during which moving to Tribeca could be framed as an economical decision is now gone. “I am fortunate to have signed a lease when I did because I have heard that now available spaces are nearly three times what we have paid,” says Marshall of Deli Gallery.

For now, small and mid-size galleries are still committed to Tribeca, even as global players like Zwirner, Rech and Pace move in. Olsoff laments the “corporate feel” of the big Chelsea galleries, but feels a kinship to the other spaces that have moved into Tribeca. PPOW’s expansion occupies the space above JTT, a gallery that Olsoff admires and sees as a spiritual partner to her gallery. But most importantly, the expansion allows PPOW to have flexibility to be more spontaneous—to host book launches and performances, and organise more shows for longer periods. The gallery’s embrace of the neighbourhood puts it in position to expand its programming beyond what it could previously do in Chelsea and be bolder, feeding off the energy of a blossoming arts district.