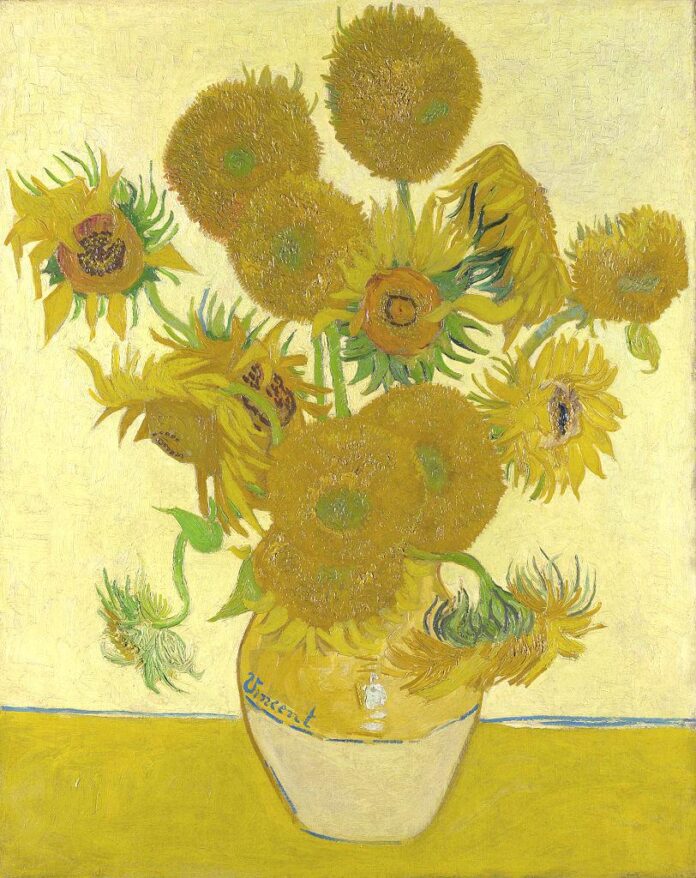 Two climate activists from the group Just Stop Oil threw a can of tomato soup onto Vincent van Gogh’s (1888) at the National Gallery in London on Friday, the museum confirmed in a statement.

The attack happened just after 11 a.m. this morning. According to the museum, it caused only minor damage to the frame of the painting, which was protected by glass and is unharmed.

“What is worth more, art or life? … are you more concerned about the protection of a painting or the protection of our planet and people?”@JustStop_Oil’s activists explain their action pic.twitter.com/mGNZIO6RbK

After the incident, gallery staff cleared visitors from the room and called police to the scene. The two activists were arrested.

Footage of the incident was posted on Twitter by the ‘s environmental correspondent Damien Gayle.

Immediately after attacking the work, the pair then glued themselves to the wall beneath the painting.

“The cost of living crisis is part of the cost of oil crisis,” they continued. “Fuel is unaffordable to millions of cold, hungry families. They can’t even afford to heat a tin of soup.”

In recent months, climate activists have taken to museums across Europe to glue themselves to priceless works of art in an effort to call attention to the climate crisis. Targets have ranged from Sandro Botticelli’s at the Uffizi in Florence to the frame of Van Gogh’s at London’s Courtauld Institute, to the base of the statue at the Vatican Museums. Because the demonstrators never affix themselves to the works directly (opting for a frame, glass covering, or base), experts are divided over whether their actions threaten the objects’ safety.

“What use is art when we face the collapse of civil society?” Just Stop Oil posted on Twitter around the time of today’s action. “The art establishment, artists and the art-loving public need to step up into Civil Resistance if they want to live in a world where humans are around to appreciate art.”