Home News Climate change is destroying archaeological sites before we can study them, scientists... 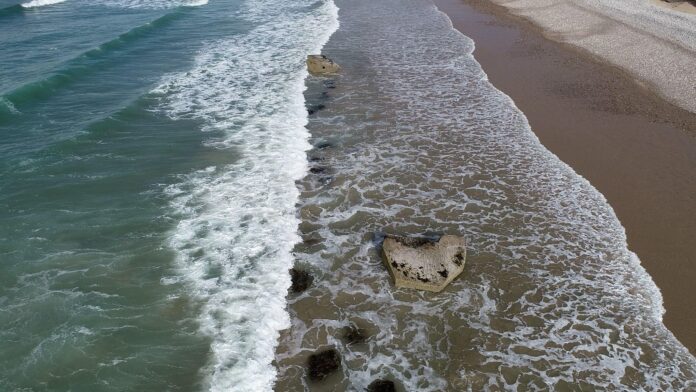 Climate change is threatening archaeology across the globe, experts have warned in a series of new articles published in the journal Antiquity. Locations where ancient remains are best preserved—such as oceans, ice patches and wetlands—are also those most at risk, but little is being done to protect them.

“Climate change is accelerating, amplifying existing risks and creating new ones, the consequences of which could be devastating for the global archaeological record,” writes Jørgen Hollesen, a senior researcher at the National Museum of Denmark, who authored of one of the papers.

Underwater archaeology, such as shipwrecks, is threatened by extreme weather brought about by rising temperatures, and coastal sites are particularly at risk from erosion. “From Iran to Scotland, Florida to Rapa Nui and beyond, sites are currently being eroded at an increasing rate, often before scientists can record them and assess their value,” Hollesen writes.

As ice patches and glaciers in mountainous regions melt, discoveries similar to the ice mummy Ötzi will be lost. Frozen finds need to be recovered soon after they are freed from the ice if they are to be stabilised and preserved, Hollesen writes. “Without swift intervention, much of this material culture quickly degrades and loses its potential to contribute to our understanding of the past.”

Meanwhile, around half of all wetlands—where organic remains, such as bog bodies, like the famous Tollund Man in Denmark, are often well preserved—have now vanished or may soon dry out. “As the excavation of waterlogged sites is expensive and funding is limited, hard decisions will inevitably have to be made about how many, and how completely, threatened sites can be excavated,” writes Henning Matthiesen of the National Museum of Denmark and his colleagues in one of the papers.

In another paper, Cathy Daly of the University of Lincoln and her colleagues studied the inclusion of cultural sites in the climate adaptation plans of low- and middle-income countries. The team revealed that although 17 of the 30 countries surveyed include heritage or archaeology in their plans, only three mention specific actions to be carried out.

“On the positive side, the study demonstrates that local adaptation plans are underway in countries such as Nigeria, Colombia and Iran,” Hollesen writes. “[However,] the results also point to a worrying disconnect between climate change policymakers and the cultural heritage sector worldwide, as a result of a lack of knowledge, co-ordination, recognition and funding.”

According to Daly and her colleagues: “Global climate change is a shared challenge and the best route to finding solutions will undoubtedly be a shared path.”