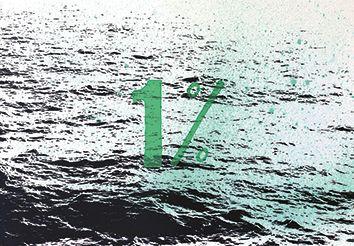 When it comes to vitally important causes that artists and collectors are keen to support, it seems that some are more vitally important than others. This summer’s cataclysmic floods in Pakistan killed more than 1,500 people, displaced a further 33 million and destroyed four million acres of crops. But while Russia’s invasion of Ukraine could inspire a glitzy €1.2m fundraising auction in the Scuola Grande di San Rocco during the Venice Biennale, Pakistan’s worst natural disaster in living memory has yet to galvanise substantive support from the art world.

“We can choose our causes but if there’s a bias, it’s not something we should be proud of. It’s all about the right kind of migrant and if your face fits,” says Osman Yousefzada, the British Pakistani artist and writer. During Frieze Week, Yousefzada organised a sale of specially created prints by him and nine fellow Pakistani artists to raise funds for the relief efforts. The fundraiser was “Project No. 1” for Artists_Emergency, an initiative conceived by Yousefzada as a framework in which creatives can proactively respond to sociopolitical and environmental issues.

The sale consisted of ten prints in editions of 25, each priced at £100. Proceeds were donated to DiL Pakistan, a charity that primarily supports women and children. Participating artists included Faiza Butt, Mahtab Hussain, Naiza Khan and Shezad Dawood, whose Hybrid Landscapes lined the walls of Deutsche Bank’s Wealth Management lounges at Frieze. Dawood’s powerful image of the figure “1%” floating above ocean waves was among the prints that raised £15,000.

Yousefzada explains: “Pakistan generates only 1% of the world’s CO2 emissions, yet it has the largest number of glaciers outside the Polar regions. Rising temperatures mean they aren’t the ice reservoirs they once were.”