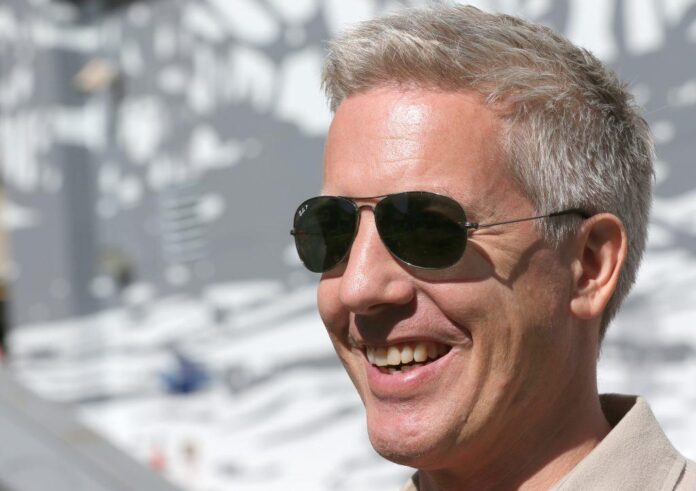 It’s an otherworldly scene, as likely an image from deep underwater as from the depths of outer space, filling a massive canvas that measures some 8 by 10 feet. Tiny concentric circles are dotted along the snaking lines of some ambiguous structure (or creature).

This is one of the universes imagined by artist Matthew Ritchie, on view in his new exhibition “Matthew Ritchie: A Garden in the Flood” at the Frist Art Museum in Nashville. The images Ritchie conjures are a mash-up of primordial and futuristic— which makes sense, because they are the product of both human and machine.

In an exclusive interview filmed way back in 2005 as part of Art21’s “Art in the Twenty-First Century” episode Ritchie explained the genesis of his expansive projects, which all begin with the simple act of setting pen to paper. 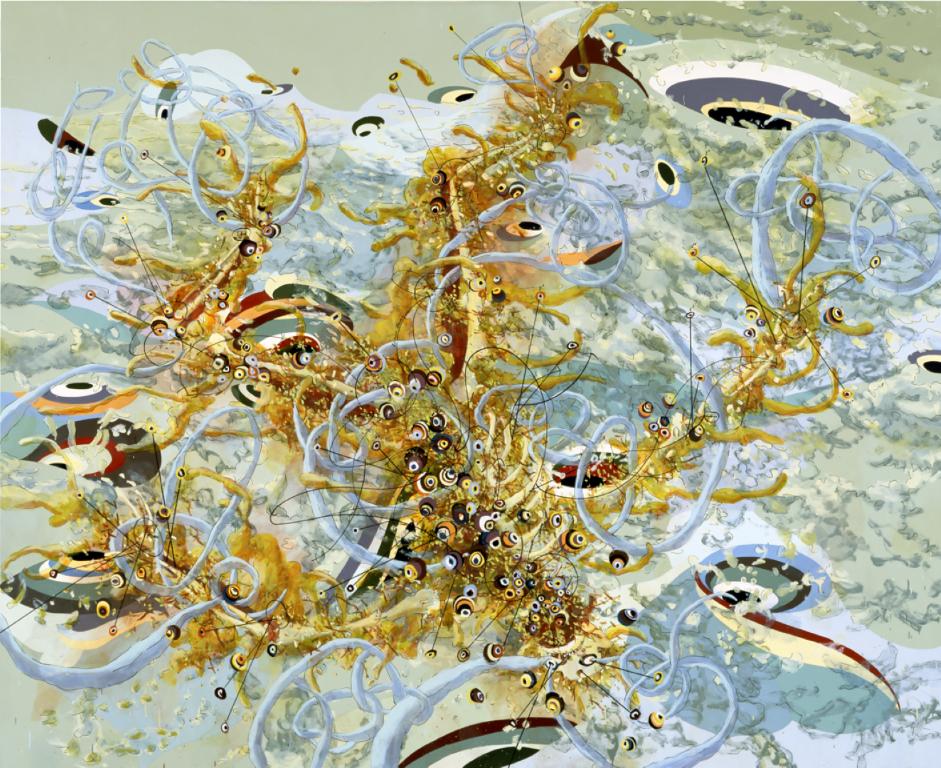 “Drawing is very, very central to the way that I work,” the artist says, “because it can be blown up, taken apart, given to another person to execute, put into a computer, redrawn as if the computer had thought of your drawing in the first place, shrunk back down to a tiny sketch, turned into a digital game.”

With the help of assistants and computer programs, Ritchie’s drawings are just the starting point for three-dimensional installations, paintings, and maps planning out even bigger drawings. Ritchie continues to push his drawings, increasing the resolution until the result bears little resemblance to the original sketch.

“It’s like a cross between a dictionary and a map,” he notes. “It becomes this separate thing, like a living document of its own history and the history of all the hands that have participated in its making.”

The results, as the Frist show illustrates, take painting into whole new realms of the imagination. “You can just keep on pushing it,” he stresses. “It’s like this infinite machine.”