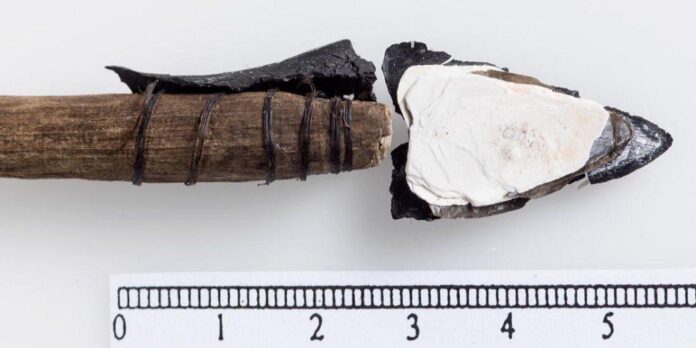 A new report details a cache of ancient archaeological discoveries made in Norway’s remote ice patches in recent years. It also warns that future finds are at risk of melting away due to climate change.

A 6,100-year-old arrow shaft, a 3,000-year-old leather sandal, and a perfectly preserved bird corpse from 2000 BCE are among the hundreds of objects discovered in the icy mountains and fjords of northern Norway. The objects are summarized in a new report published by the NTNU University Museum, which looks at the country’s glacial archaeological landscape.

Those sites, according to the report, provide uniquely stable conditions for preserving organic material.

“Objects and remains of animals and human activity have been found that we didn’t even know existed. They include everything from horse tack and clothing to arrows with tips made of shells, wooden shafts, and feathers,” Birgitte Skar, an archaeologist and NTNU professor who co-authored the report, told Norwegian SciTech News. “Not a year goes by without surprising finds that shift the boundaries of our understanding.”

However, despite the recent spate of discoveries, the outlook for Skar and other archeologists’ research appears bleak as they battle climate change and funding challenges in the race to save ancient history.

A recent survey cited in the report shows that a staggering 226 square miles of Norwegian snow patches and glaciers have melted away since 2006. Moreover, satellite images taken in 2020 show that 10 sites of previous discoveries have already melted by as much as 40 percent, according to Skar.

“These figures suggest a significant threat for preserving discoveries from the ice, not to mention the ice as a climate archive,” she said.

She went to argue for more governmental resources in the race against melting. “The time is ripe for establishing a national monitoring program using remote sensing and systematically securing archaeological finds and biological remains from ice patches,” Skar said.

In a twist of sad irony, one of the most significant threats posed by climate change is the loss of the ability to study climates of Norway’s past. Some of the discoveries, such as 4,200-year-old-reindeer bones, show how species have historically adapted to shifting weather patterns in the region—information that may help humans moving forward.

“We used to think of the ice as desolate and lifeless and therefore not very important,” said Jørgen Rosvold, a biologist and assistant research director at the Norwegian Institute for Nature Research who contributed to the report. “That’s changing now, but it’s urgent. Large amounts of unique material are melting out and disappearing forever. Finds can provide important information about the history of both people and nature.”

Plus, which rapper-producer touched the art at Untitled? Which mega-dealer might need to buy more underwear before the weekend? Read on for answers.