Home News Collectors Were Decisive at the VIP Opening of the Armory Show, With... 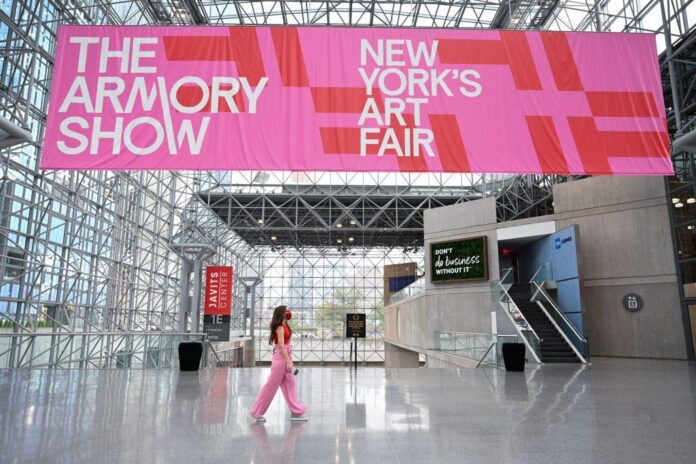 Just over a year ago, thousands of New Yorkers waited in line outside the sprawling Jacob Javits Convention Center to get vaccinated. In a sign of just how much the world has changed since then, at the opening of the Armory Show at the same venue yesterday, the nurses in white coats and camo-clad National Guard members had been exchanged for iPad wielding art fair assistants, interested in checking VIP passes rather than vaccination cards.

Historically held at the Hudson piers, the fair officially debuted in its new home on the far West side of Manhattan last year, but this year’s edition felt momentous, not least due to a much greater number of international exhibitors no longer held back by Covid-security protocols.

“I feel like this is our proper debut,” executive director Nicole Berry told Artnet News as crowds of visitors descended on the fair in its early opening hours, adding that this iteration was more in line with the vision of what the full fair can and should look like in its new home. Along with art world denizens such as collectors and private museum founders Don and Mera Rubell, celebrities including Paul Rudd, Jared Leto, and Anderson Cooper were spotted among the early attendees. 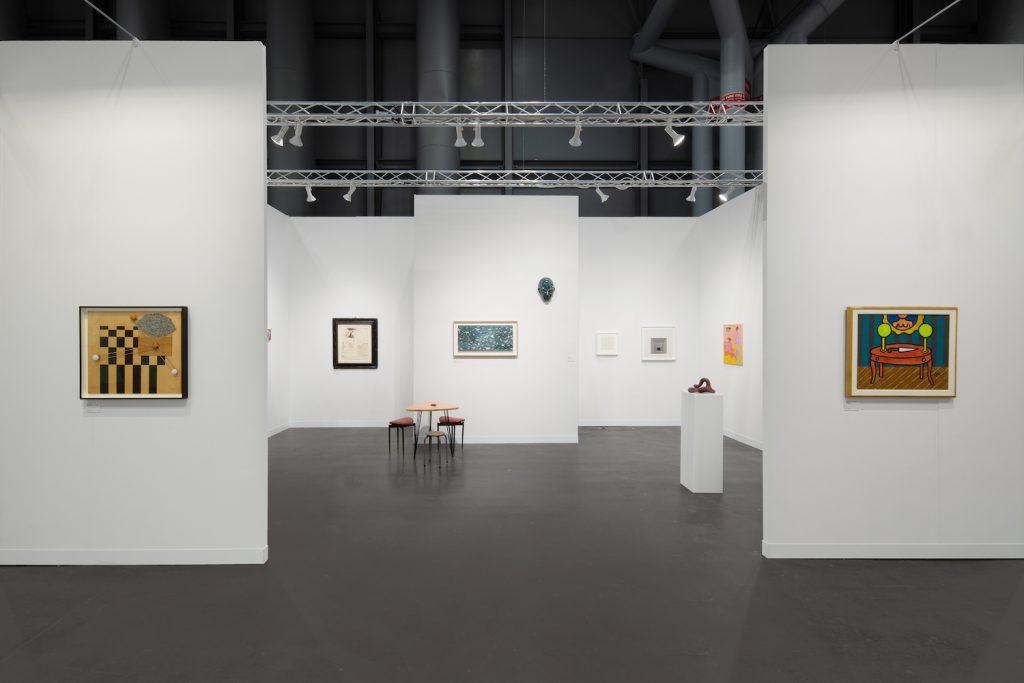 Amid last year’s uncertainty, some 55, mostly European, galleries downgraded their participation to virtual only, deferring their IRL attendance to this year. Nearly all were in attendance among the 240 total exhibitors this year, of which around 40 percent traveled from outside the U.S. The greater attendance and more international flavor reflects “what the Armory Show is going to be moving forward, with the quality of the exhibitors but also with the size of the fair,” Berry said. “It’s larger but manageable because of the space.”

A whopping 90 exhibitors were new to the fair this year. Among the first timers was Zurich-based Larkin Erdmann, who was thrilled to have his eponymous gallery accepted to the event. Erdmann was forthright about the lackluster results he had seen from participating in virtual fairs during lockdown, stressing that there is no substitute for the physical fair in terms of displaying works and interacting with collectors.

By the end of the first day VIP preview, he had sold a $150,000 Ken Price sculpture, as well as works by March Avery, Agnes Martin, and Alighieri Boetti, to U.S. collections, and placed a Gaston Chaissac painting with a museum. 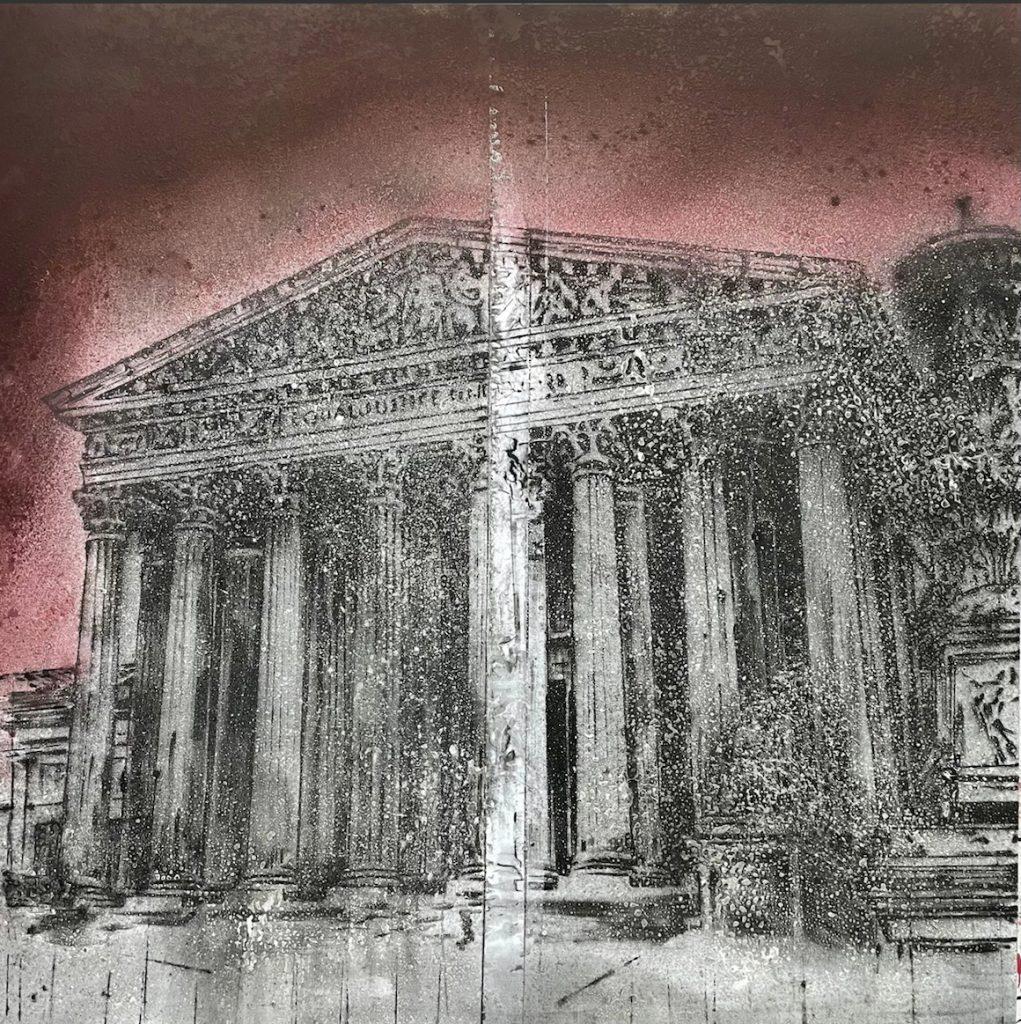 Also new were additions to the fair’s curated sections. Joining “Solo” and “Presents” (for galleries that are less than a decade old), were “Platform” and “Focus,” which stood out for the range of artists and works showcased. The “Platform” section, which was curated by Tobias Ostrander and titled “Monumental Change,” examined how recent revisionist practices, including with respect to major public monuments, are influencing artists’ engagement with sculptural form.

Meanwhile “Focus,” curated by Carla Acevedo-Yates and titled “Landscape Undone,” emphasized Latinx artists, and works “that examine the intersectionality of issues surrounding the environment, focusing on personal and political climates as they interact with race, gender, and power.” Among them, New York gallerist Cristin Tierney presented a solo booth of work by Chilean-born artist Jorge Tacla, who was one of the first artists she welcomed into her gallery roster after establishing it in 2010.

Tierney was delighted to present Tacla at the fair in this context. “He’s from Santiago and has been in New York for many years and lived this back-and-forth existence like many artists of Latin descent,” she said, evoking the various political situations and social stresses that entails. By the end of the first VIP preview day, sales included (2022) for $50,000. 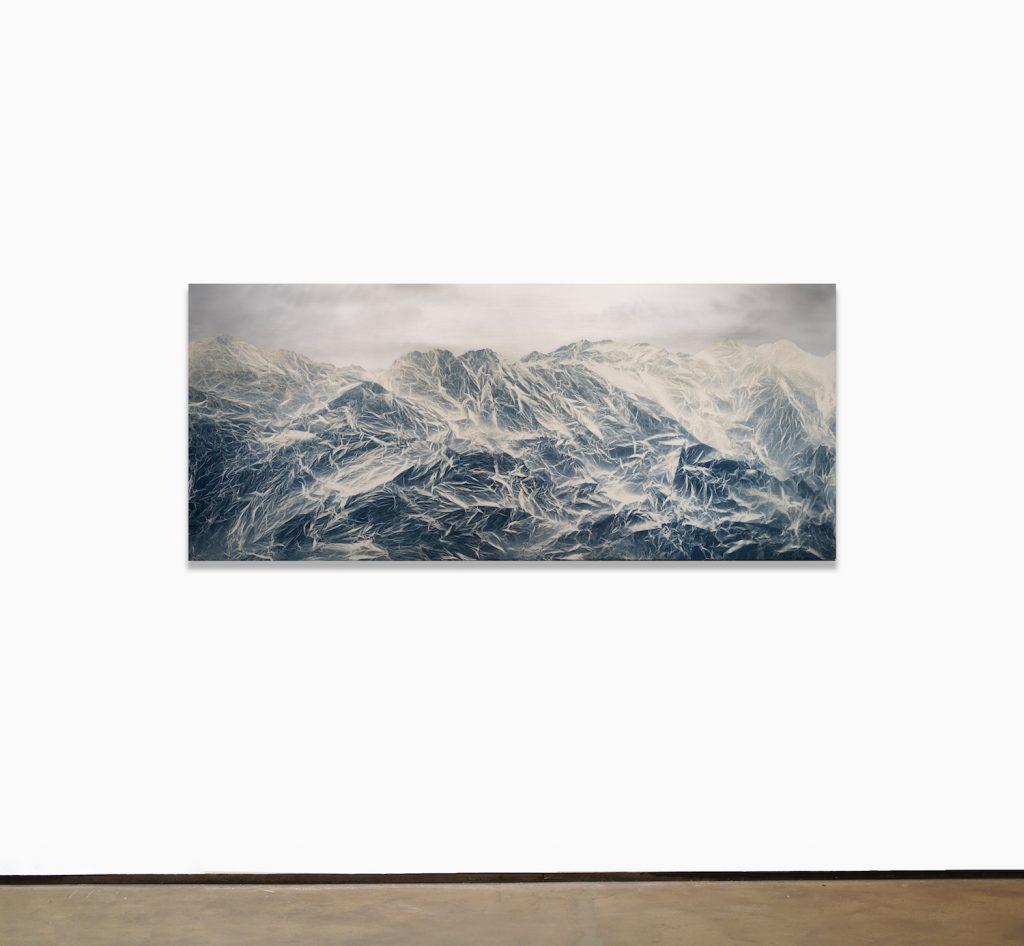 For veteran dealer Sean Kelly, who showed in both the main galleries section and in “Focus,” sales in the latter section included all three large works by Hugo McCloud priced at $200,000, and four flower still lifes at $25,000 each.

Business was swift in the main section of the fair, too. In the opening moments of the fair, San Francisco gallerist Jessica Silverman sold works including a ceramic sculpture by Woody De Othello, , for $60,000; sculptures by Rose B. Simpson for $55,000 and $65,000 respectively; three works on paper by Sadie Barnette for $28,000 each; a pastel on paper, , by Loie Hollowell sold for $60,000.00; and an acrylic painting titled by Luke Butler, for $24,000.

Silverman said the booth had been visited by major collectors and museum curators during the first hour of the fair, and the steady stream continued throughout the day. “The immediate response to our presentation affirms the focus it places on women artists and those who are pushing forward both their own practice—and art making more generally—into new exciting forms and expressions,” she said. 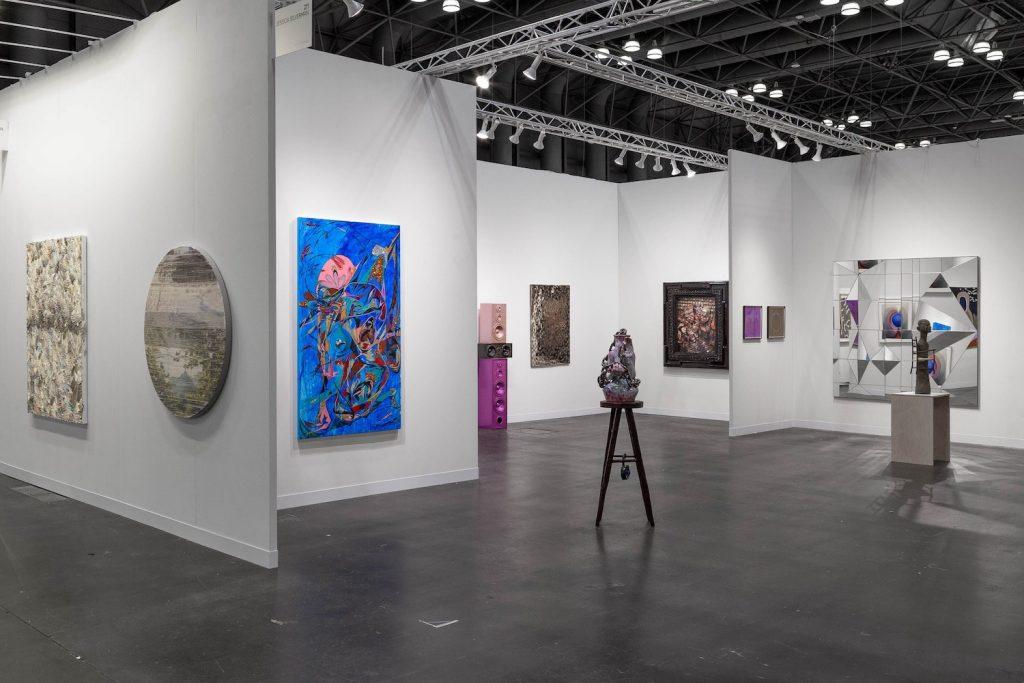