Home News The Boom and the Bust: How NFTs Went the Way of Beanie... 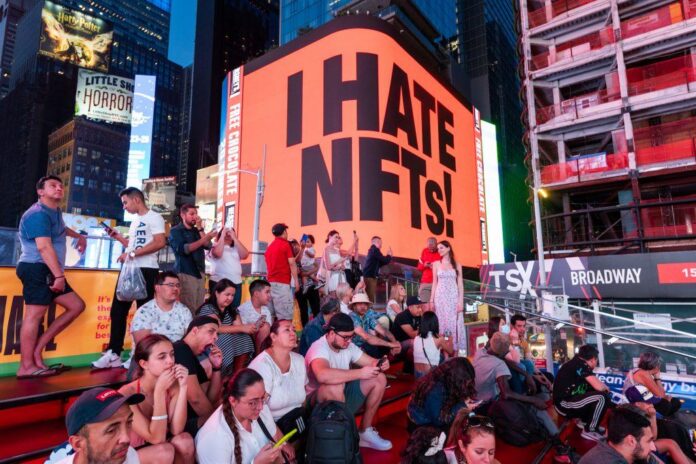 In early 2021, NFTs were pitched as a way for artists to make life-changing money. All you needed was a token! So artists raced out to buy ether so they could mint NFTs of their work. Only, the money didn’t pour in—unless your name was Beeple.

Now all that is left of the once overly hyped NFT market is dust in the wind. NFTs are becoming an unattractive piece of history. People aren’t trading them, and the only ones talking about them are those trying to sell them.

The biggest indication that the hype was dissipating came in July when OpenSea announced it was laying off 20 percent of its staff. (They didn’t say how many people that was in total, but following the event, OpenSea had only 230 employees left.)

Those layoffs coincided with a plunge in the wider crypto markets. Bitcoin has lost 57 percent of its value since January, falling to $20,000. Ether, the second most popular crypto, has plummeted 58 percent, to $1,500, over the same timeframe. And several large crypto lending firms have filed for bankruptcy.

With inflation rattling the stock market, the last thing retailers want to invest in right now are illiquid NFTs. By their very nature, NFTs are difficult to sell. Whereas one bitcoin is as good as any other, you have to find a special buyer for your NFT—and if the special buyer doesn’t come along, you could be stuck holding your NFT for a long time.

Another noticeable sign that the NFT markets have cooled is that the floor price for popular NFT projects is falling. The minimum anyone is willing to bid for a Bored Ape Yacht Club NFT is currently 78 ETH ($117,000), according to CoinGecko. At its height this year, on April 30, the floor price for a BAYC NFT was 153 ETH ($530,000).

In a space marked by rampant frauds and hacks, “NFT” is starting to become a dirty word in many circles. Because NFTs are so easy to mint, opportunists jump in at any new opportunity to make a buck.

When the David Bowie estate announced plans to launch NFTs with OpenSea, fans were irate. “How about we just don’t with the NFT guff and just raise money for charity without using a pyramid scheme,” one critic wrote.

Big brands that enter into the space are now feeling an especially harsh backlash. A latecomer to the NFT party, Starbucks is being widely mocked for issuing an extension to its rewards program that will allow customers to collect NFTs.

Starbucks must have known the reaction to its NFT launch would be bad, as it instantly disabled replies on its Twitter announcement.

Celebrities who once shilled so-called “blue-chip” NFTs may be less inclined to do so. Last month, Truth in Advertising sent letters to 17 celebrities, including Jimmy Fallon and Gwyneth Paltrow, reminding them that not disclosing material connections when posting about something on social media violates FTC guidelines. 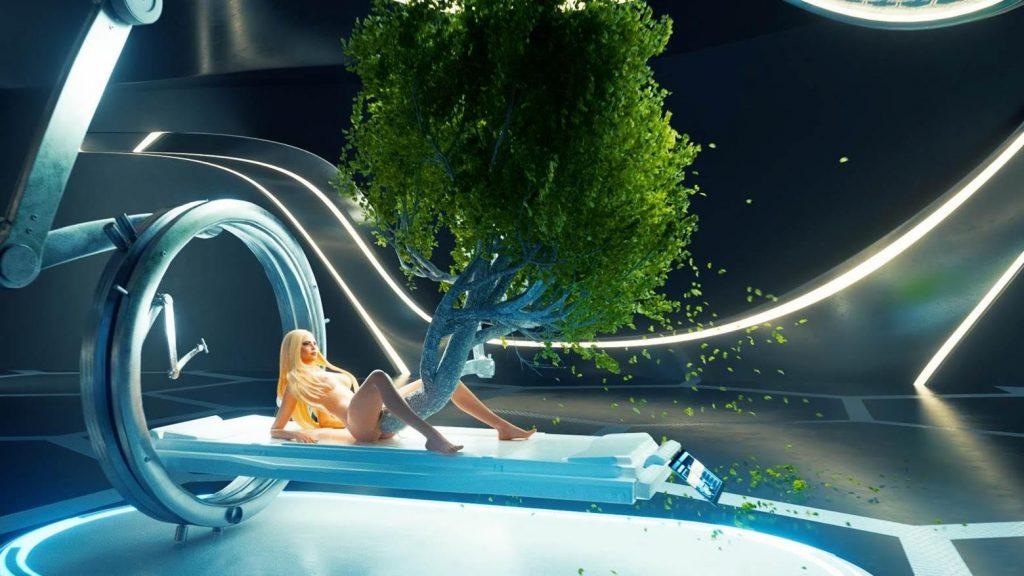 Madonna and Beeple, , still from NFT video artwork, 2022, courtesy of the artists

While NFTs continue to be obnoxious, the bad news is that they will be slow to die off completely. After funneling huge money into the space, venture capitalists will want to see returns on their investments—even if it means throwing good money after bad.

In May, the venture-capital firm Andreessen Horowitz announced it had raised a $4.5 billion crypto fund, the industry’s largest to date. That money has to go somewhere.

The only thing that might make a difference in how the world views NFTs is that Ethereum, the blockchain that most NFTs live on, is shifting to a more energy-efficient proof of stake, so that the network will no longer consume the energy of a small country. The CO2 projection of Ethereum was one of the biggest public objections to NFTs.

We’re also seeing a move away from art NFTs to gaming, as NFT promoters desperately try to give them utility. Since August 1, Web3 games and metaverse projects have raised more than $750 million, according to a DappRadar report.

After raising $450 million in an Andreessen Horowitz-led round in March, Yuga Labs, the company behind Bored Apes Yacht Club, has shifted to creating a massively multiplayer game, which it is now tasked with getting off the ground.

Even when common sense says that NFTs have gone the way of Beanie Babies, venture capitalists, and their over-funded projects, will still be shilling them long past the point where we’ve all stopped listing.