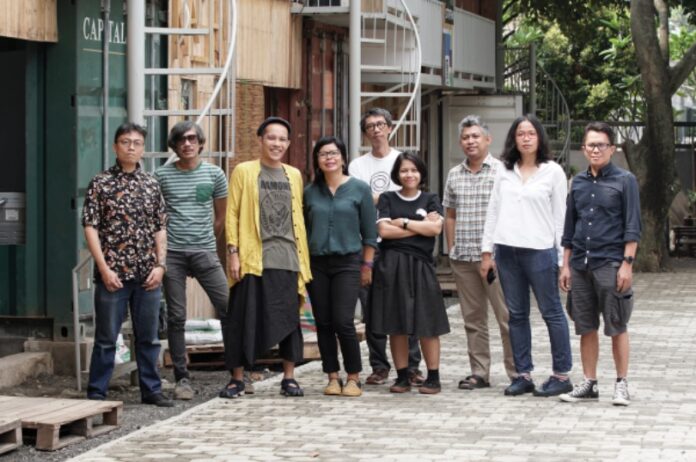 For the first time, ruangrupa, the Indonesian artist collective curating Documenta 15 in Kassel, Germany, addressed the allegations of anti-Semitism the famed quinquennial has faced this year across Germany.

In a fiercely worded piece posted to the platform e-flux, ruangrupa denied that Documenta 15 has ever issued anti-Semitic statements. The allegations, ruangrupa said, were “bad-faith attempts to delegitimize artists and preventively censor them on the basis of their ethnic heritage and presumed political positions.”

The essay, titled “Antisemitism accusations against documenta: A scandal about a rumor,” was published on Monday, just days after Documenta 15 canceled “We need to talk!,” an event intended to convene artists and intellectuals in an open discussion about anti-Semitism, Islamophobia, and forms of racism. That event had been the subject of debate so wide that Germany’s culture minister, Claudia Roth, even responded to it, defending Documenta after a prominent Jewish group spoke out.

Previously, Documenta has risen to the defense of the artists included in this edition, though never before has ruangrupa itself responded publicly and at length.

The collective said in the letter that the debate had moved some participants to withdraw from the event, although it did not detail which ones had done so.

The allegations against Documenta 15 first emerged earlier this year, when the Alliance Against Anti-Semitism Kassel accused members of the artist selection committee and some participating artists of “promoting hatred of Israel.” Despite the allegations containing factual errors, they were picked up by Die Zeit, a paper of record in Germany, and have touched off a heated debate in the country.

The Alliance Against Anti-Semitism Kassel’s original blog post also included a sentence in which it mocked the name of Documenta 15, “lumbung,” as being similar to a cocktail known as a Lumumba. Ruangrupa said this reveals “the dangerous proximity between German historical ignorance and racist smears.”

Some of those allegations put forth by the Alliance Against Anti-Semitism Kassel centered around the Boycott, Divestment, Sanctions movement, which seeks action against Israel as part of a push to grant Palestinians equal rights and property. Known as BDS for short, it has been contentious within Germany.

In its letter, ruangrupa cast the cancellation of “We need to talk!” as being borne out of a culture in which BDS and anti-Semitism are unfairly equalized, rendering it difficult to have a proper discourse. It also said that this culture “primarily affects people from the Global South and especially from the Middle East and has led to censorship.”

“Those who reject this political debate in advance are leaving the conversation before it has begun,” the collective wrote, referring to the differences between “antisemitism” and what it called “‘Israel-related antisemitism,’” adding, “But those who do not want to allow this conversation to take place at all, but rather would like to determine who and what is considered debatable, and silence those they consider to be unacceptable voices, should clearly state so publicly, instead of hiding behind criticism of organizational and curatorial details of the planned panels.”

The collective continued, “Scholarly practice cannot exist without open debate. An effective fight against antisemitism needs this practice as a foundation. If this debate is made impossible, the real antisemitic threats of terror and violence are far harder to fight.”

Despite the cancellation of “We need to talk!” last week, Documenta 15 is expected to proceed unchanged otherwise. The show is expected to open on June 18 in Kassel, and run for 100 days, until September 25.

Marking its 20th anniversary, the expo provides a window into the little-discussed and low-cost backbone of the art market.