Home News ‘Don’t Look Back’: Art Dealer and Collector J.P. Loup on How He... 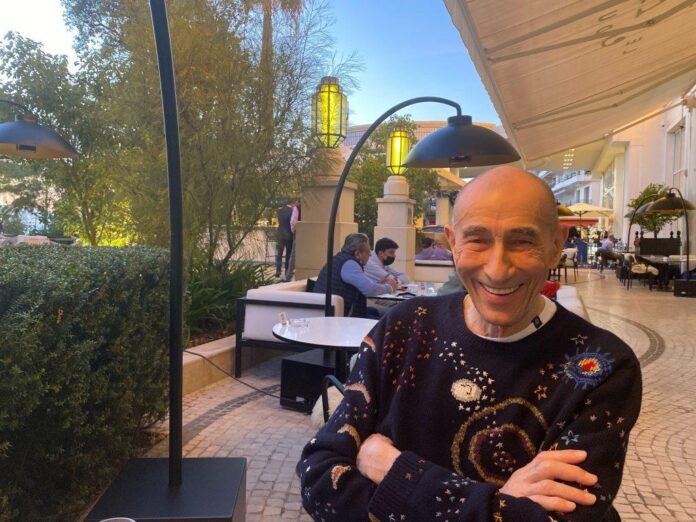 Artnet Auctions presents ‘Allure and Americana: A Collector’s Eye‘ this week, a diverse and extraordinary collection of 20th- and 21st-century photographs. Including historically significant works like Edward Weston’s (1936) plus contemporary highlights like (2004) by Vik Muniz, the range of photographers, subject matter, and time periods add up to the idiosyncratic eye of the singular collector J.P. Loup. Based in Chicago, Loup has spent a lifetime involved with art and antiques, and as a dealer sold works ranging from 19th-century Impressionists to contemporary paintings by emerging artists. The works included in ‘Allure and Americana’ represent Loup’s only foray into the realm of photography, and as such illustrate his very personal and distinct aesthetic inclinations.

Originally from France and the progeny of a successful French shoe retailer, Loup immigrated to Chicago in 1965 with little more than a few traveler’s checks and a training visa to work for Florsheim shoes. Speaking very little English, Loup began his career at Florsheim doing menial tasks—acting as a porter, cleaning the floor, returning shoes to the stockroom. He also began reselling small antiques on the weekends to help make ends meet, and eventually became so successful that, at his peak, he was one of the biggest advertisers in the art world—the only person who had a center spread in the and up to eight pages in.

We recently spoke with Loup to learn more about where he got his start, what drew him to the photographs in this auction, and what he has planned next in his art collecting and dealing career.

Can you tell me a little bit about your background in art and antiques? Where did you start?

I started very young because I was not making much money in shoes. I used to go to a street here in Chicago, Wells Street, that had all the antique dealers. And what I would do is I would buy, say, a cup and saucer—things that were very cheap, maybe $4 or $5—and I would place an ad in the or in the . The ad cost me $5, and I would give my phone number at home. And on Sunday, which was my only day off, I sold the things that I would buy on Wells Street. I moved from there to art. I started with art glass because I always liked it. I became a traveling salesman, buying art glass: Gallé, Durand, Walter—I mean, you name it.

So art glass was really your entrance.

I was a one-man operation, and I was working by myself, and I was traveling to France to pick up merchandise and then importing it here and doing antique shows. It was like a Johnny Cash song, “I’ve been everywhere, man.” I was making good money, but the life was hard, because I was never home. That’s when I started with the artwork. I started buying lithographs, again in Europe, and sold them here through advertisement, mail order. 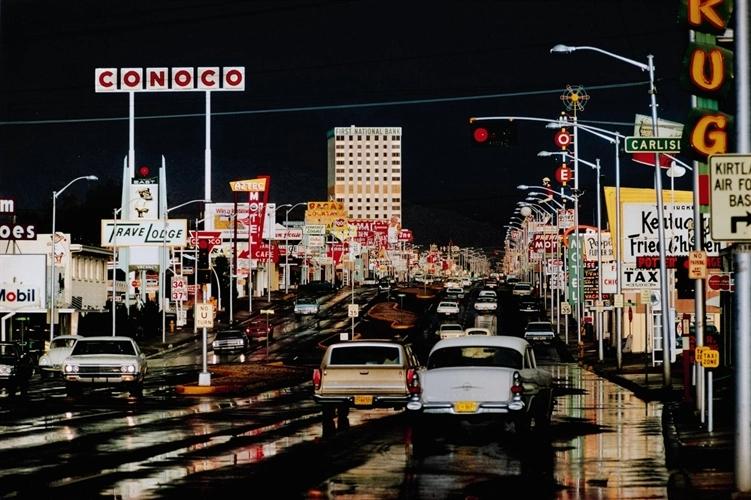 Do you remember any of those early lithographs?

The first ones were unknown artists, but then my father, who was based in Cannes, was very good friends with Aimé Maeght, one of the biggest art dealers in the world. You’ve heard of the Maeght Foundation? That’s him. He represented Giacometti, he represented Chagall, Miró, Dubuffet…he was a huge force. At the beginning, he gave me some Chagalls, Mirós, Dalís. And I started selling those.

And how long did you work with Maeght?

Until he passed, then I worked with his son, Adrien Maeght. I also worked with other people, like Fernand Mourlot. He was a friend of the family who did all the Picasso imprints, and they were very popular, as you know. I imported hundreds of Picassos;  then they were selling for $500 or $1,000 maximum; today, they’d be $10,000 to $30,000.

While you were working dealing with these types of artworks, were you collecting for your personal collection as well? Do you remember what the first piece you collected was?

Yes, I was. I remember the first piece of art glass because I still have it. But the first painting I bought I can’t remember, because I bought hundreds.

Your collection has a lot of different types of art.

Very diverse, absolutely. You see, I have a problem: I buy what I like, I don’t buy for investment. I can buy something for $200, and I’ve bought things for over $1 million.

What do you think attracts you to some things over other things?

So it’s really about the hunt?

Yes. It’s only what I like. For example, I bought Chinese art when it was very popular, and I lost my shirt. I lost millions when the market totally crashed. 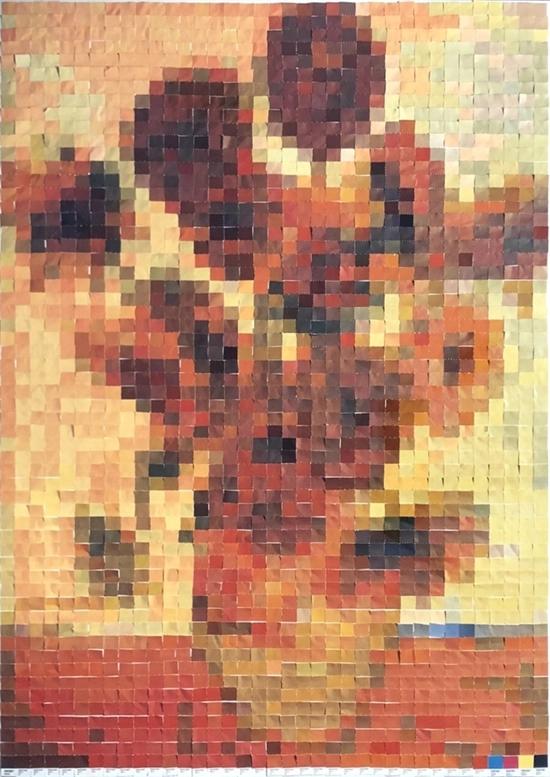 The Artnet auction includes everything from historical works by Edward Weston to portraits of Kate Moss to contemporary images by Vik Muniz—really a greatest-hits group of 20th- and 21st-century photographs. Can you tell me about your journey creating this collection?

About 10 years ago I sold my paintings, I sold everything, and I went into photographs because they show something real.

Do you have a favorite piece out of the photographs?

There are a lot that I like, but there’s not one that I like more than another one. There is one painting that I kept, it’s a photolithograph painting—a watercolor by Jim Torlakson of California. It is photorealist work, very popular 30 years ago. That’s my favorite work, and I’ll never sell it.

You’ve talked about the art glass, lithographs, and paintings. What are you currently focused on collecting?

What I’m going to do now is I’m going to buy a painting by an African artist who is very popular—I don’t want to mention the name because I don’t want anybody else to know. Already he is doing very well, with paintings selling for $200,000 to $300,000. I’m hoping to get a masterpiece from him before he gets bigger.

Is there anything you’ve regretted selling over the course of your career?

I cannot even consider regret, because what I have sold….You know, when I used to go to Japan every week and buy art I was buying art at the height of the dollar, and I was financed by some of the biggest dealers in the world. I would buy art for $1 million to $10 million, and those artworks today, by Monet or Cézanne or Picasso, are worth over $50 million. No, I don’t regret. Don’t look back. I’ve never lost one minute of sleep. 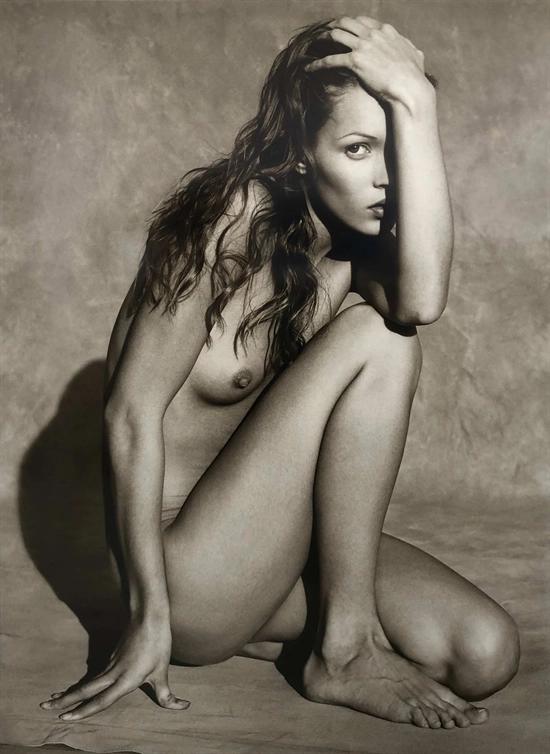 Never give up. The young artists do what they want to do, they don’t want to do anything else. And I notice it is very hard for them, because a lot of them are starving, that’s where the term “starving artist” comes from. And only 1 in 10 or 100,000 makes it. I bought art from a young Jamaican artist, Kendrick McFarlane, a student at the Art Institute here in Chicago. He needed money and he came here and asked if I would buy a painting. I liked his work, so I bought a painting and kept it.

If you could own any piece of art or antique in the world, what would you like to have in your collection?

by Edward Hopper, right here at the Art Institute. That is my favorite painting in the world. Because you can enter that painting and feel like you are there. I mean, the mood—it is an incredible painting. It’s not that big. Every time I go there and see it, I wish I could take it home. I would never sell that work. I would rather be homeless and keep it under my arm.

‘You draw what you are’. Dutch artist Marian de Wit

If Slow Food and Sweet Wine Weren’t Tempting Enough, Piedmont Has a New Contemporary Art Program Worth Traveling for

When Is the Worst Time to Dump an Artist? [Cartoon]