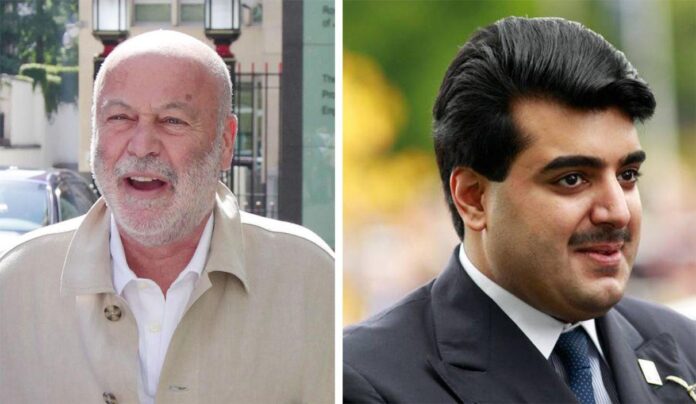 A British high court judge has ruled in favour of the Qatari sheikh Hamad Bin Abdullah Al Thani, who brought a legal case against the London-based John Eskenazi, alleging that seven artefacts he bought from the dealer were fakes.

The objects were purchased for a total of £4.2m during 2014 and 2015. Eskenazi, who specialises in Indian, Gandharan, Himalayan and South-East Asian works of art, was asked by Al Thani to take the items back and refund the purchase price, following his doubts over their authenticity.

The sheikh and his company, Qatar investment & Projects Development Holding (QIPCO), filed the lawsuit in July. The case hinged on whether the works were, in fact, fake. An additional fraud claim for one object—a Hari Hara sandstone statue purchased for $2.2m; described in the sale invoice as dating to 7th century and originating from present day Vietnam—was also made, alleging that Eskenazi knew the work was fake at the point of sale.

In a complex and lengthy ruling, the judge, Richard Jacobs, did not agree that the Hari Hara fraud was committed, but did rule that the items were all inauthentic, and that the dealer did not have “reasonable grounds” for the unqualified opinion that he had offered the buyer.

A spokesman for John Eskenazi says: “[He] and his family have suffered years of mental anguish and anxiety as a result of this litigation. He is therefore extremely pleased that the court has dismissed in its entirety the Sheikh’s case of fraud and has accepted that these objects were sold in good faith.”

A representative for Pinsent Masons, which represented the claimant said: “QIPCO is pleased that the court has ruled in its favour and confirmed their long-held beliefs regarding each of the seven objects included in these proceedings. While it is a matter of regret to QIPCO that they felt it necessary to take this action against John Eskenazi Ltd, they felt it was important to pursue this case as a matter of principle.”

Throughout the trial, Eskenazi maintained that all but one of the items (he later agreed that one of the pieces, the Serpent Bracelet, was fake) were genuine. Eskenazi’s representative says: “Ultimately, the court has chosen to accept the view of one group of experts over another’s”.

The verdict is likely to make an impact on the art world, given Eskenazi’s prominent reputation within the market, which has seen him build collections with major museums and individuals. The British sculptor Anish Kapoor tells The Art Newspaper: “He is without doubt the greatest dealer of ancient Indian art in the world and his track record is impeccable… I ask collectors and others to assess everything John has done over the last five decades and not this irrelevant court case.”

Exhibitions in 2022: the best shows and major trends of the year