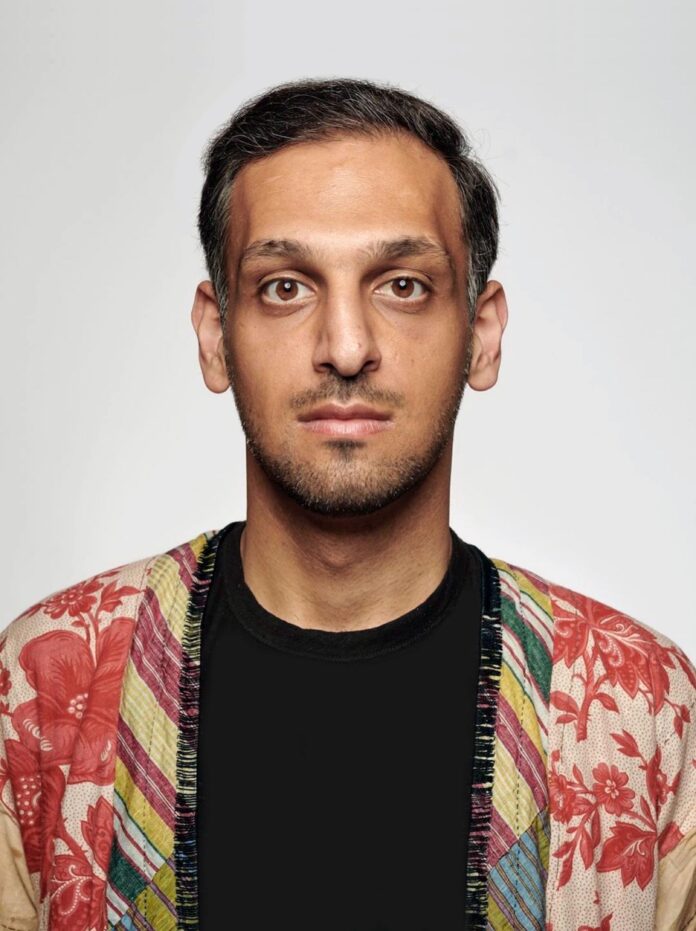 Just three years after finishing his MA at Central Saint Martins, Abbas Zahedi has already had a solo show at the South London Gallery and had a work acquired by the Tate. Now he will create an ambitious new commission for the upcoming Frieze London (12-16 October), after being named the winner of this year’s Frieze Artist Award.

Situated next to the entrance of the fair, Zahedi’s installation, Waiting With {Sonic Support}, will be a wooden structure that will resemble a bus stop or other public waiting area. Over the course of the week, it will host a series of live activations, which will also be broadcasted online and into the fair itself. “The commission builds upon Zahedi’s long-standing interest in borders, thresholds and how things can move within systems or networks,” according to a statement from Frieze.

Artist’s applying for the prize were given a “brief that invites time-based works across video, performance and audio,” says Chris Rawcliffe, the artistic director of contemporary arts organisation Forma, who support the prize. “Abbas Zahedi responded with a proposal that sits perfectly at the intersection of these different art forms, creating a space of communion, collaboration and exchange.”

The commission will use reusable and sustainable materials and seek to minimize any disruptive impact on the installation’s site. All the artists who entered the competition were asked to consider the sustainability of their project.

Born in London in 1984, Zahedi studied medicine at University College London, a short walk away from the Frieze tents in Regent’s Park. After completing an MA in Contemporary Photography at Central Saint Martins in 2019, his career has flourished. During a 2019-20 residency at the South London Gallery he created an installation and sound work called How to Make a How from a Why? which was acquired by Tate in 2021. He is currently an associate artist at the Barbican Centre.

Established in 2013, this is the fourth consecutive year of the Frieze Artist Award. Previous winners include Himali Singh Soin (2019), Alberta Whittle (2020) and Sung Tieu (2021).

The Big Review: Milton Avery at the Royal Academy of Arts in London ★★★★☆