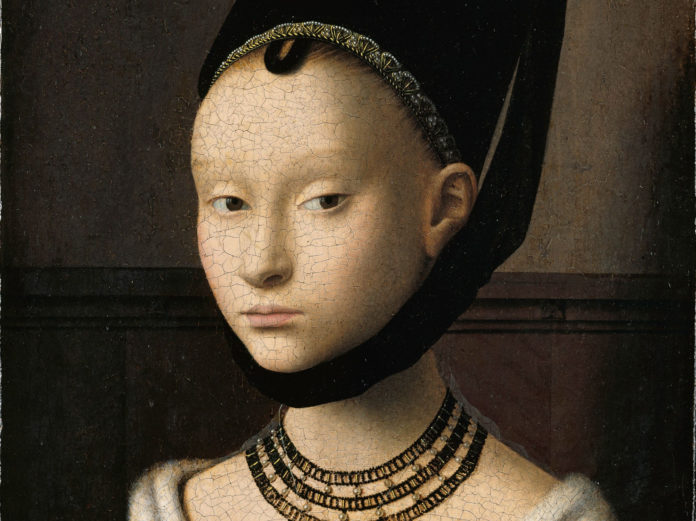 CODART, an international network of about 700 museum curators specializing in old Dutch and Flemish art, announced the creation of its own canon – a list of works of special importance for the history of art. CODART Canon includes a hundred works created before 1750. The canon was approved by two votes: one among museum curators and the other among the general public. The results were approved by a special committee.

Naturally, the list includes such superstars as Hieronymus Bosch, Rembrandt van Rijn, Peter Paul Rubens, Antonis van Dyck, Jan Vermeer and Jan van Eyck. But there are also quite a few works by lesser-known artists such as Gertrude Rogman, Jan Gregor van der Schardt and Klaus Slueter. Although painting is the predominant art form, the list includes a number of outstanding objects such as a medieval chandelier from the Church of St. Walburgh in Zutphen and wedding gloves dating from around 1600-1625 from the Rijksmuseum collection.

A complete list and images of the works can be found at canon.codart.nl.

“We see the canon as a starting point, a guide to navigating the vast sea of old masters’ art that can be seen in museum collections around the world,” says CODART director Marty Beckman. – The vote and the canon itself have also encouraged the public to explore some of the lesser known works of art from that period. In addition, we hope that the canon will stimulate a lively discussion, which has already taken place among fellow curators.

Now the list includes five women artists. This is partly due to the fact that until 1750 women were less active in the arts than men. But even so, it is very doubtful that in the past these artists could have entered the top 100. But the number of women who will fall into the canon in the future, it may well increase. This suggests that the norms are temporary in nature and underlines the importance of considering them in a certain context as a reflection of a certain moment in time.

To ensure that the sample is representative, CODART has developed a set of rules. For example, it was established that each artist should have a maximum of two works in one art form. In addition, it was decided that the canon should include 60 paintings, 10 drawings, 10 engravings, 10 sculptures and 10 works of applied art. This explains why Vermeer’s “Girl with a Pearl Earring” and Rembrandt’s “Jewish Bride” were not included in the canon, despite the fact that these paintings received many voices.

By compiling a list of “canonical” masterpieces, CODART has set itself the task of informing the general public about them. The organization considers it necessary to explain why these 100 Dutch and Flemish works of art, which were born before 1750, are considered particularly important. To begin with, information will be collected and distributed on the CODART online platform. Afterwards the book will be published, short videos and podcasts about the canon will be made.

The Foundation Selling to Shore Up Its Finances

The Makers House exhibition by Burberry & The New Craftsmen In London