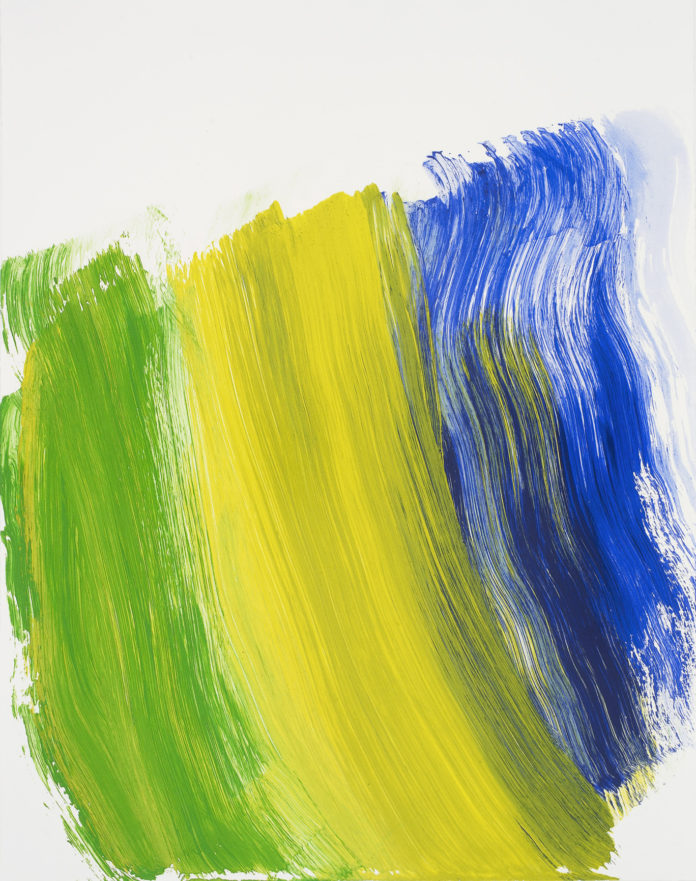 Hodgkin created prints for just over half a century and every time he put his hand to a series it set a new standard for the medium. With a deep understanding of the sophisticated techniques required to bring out the desired colours and textures, Hodgkin’s printmaking methods were ambitious, spontaneous and hugely experimental. Hodgkin employed an enormous variety of printmaking techniques, from lithography, to screenprinting, to intaglio works with additional carborundum and hand-colouring. He also experimented in scale, creating prints that vary from just over 10cm tall and 15cm wide, to works as large as two and a half metres tall and six metres wide. His method of layering three or even four different printmaking techniques gave new potential to the medium. The result was a painterly fusion of rich printed colour with the more immediate and luminous hand-colouring.

He also enjoyed the collaborative aspect, seeking master printmakers who would understand the specific feeling and function of each hand-made mark.

Frances Christie, Sotheby’s Head of Modern & Post-War British Art, said: “Howard Hodgkin was an erudite artist whose deep engagement with every aspect of the arts meant that he steered a unique course. Although best-known for his paintings, Hodgkin’s works on paper reveal the sheer scope of his sources and approaches – from stage designs and book covers to a prodigious body of prints created in collaboration with master printmakers over 50 years. We are thrilled to present this special sale celebrating his dynamic approach to working on paper.”

The exhibition will go on view to the public in Sotheby’s New Bond Street galleries on Friday 8 June 2018, as part of this summer’s Modern British Art Week. On Sunday 10 June, Sotheby’s will host ‘The Journey of Making: Howard Hodgkin Working on Paper’, a gallery talk with Hodgkin’s printmaker Andrew Smith.

Following the auction, the proceeds will fund a complete museum collection of Hodgkin’s graphic work that is fully accessible for the public to see and enjoy, as well as supporting a new edition of the artist’s Catalogue Raisonné, which will feature 189 prints and many unique works on paper.