Home News English Quarry Workers Have Struck Elizabethan Gold With the Discovery of a... 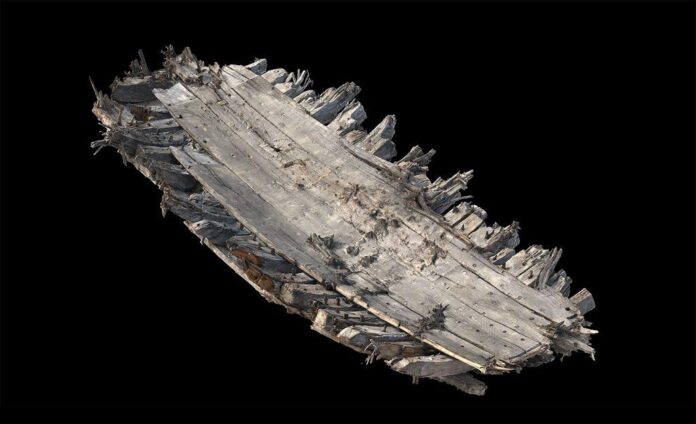 Last April, workers dredging for gravel in a quarry just outside Dungeness in Kent, England inadvertently turned up the remains of a shipwreck. Perplexed by the discovery, they called upon the services of Wessex Archaeology, which swiftly recognized the historical significance of the find, determining it to be a 16th-century vessel, one of the very few from the era to have survived.

Wessex Archaeology would excavate more than 100 timbers from the ship’s hull, with support and funding from Historic England. These components—from the massive planks to the round pegs pinning these boards together—were crafted out of English oak, which, through dendrochronological analysis, has been dated to between 1558 and 1580.

“To find a late 16th-century ship preserved in the sediment of a quarry was an unexpected but very welcome find indeed,” Andrea Hamel, the marine archaeologist at Wessex Archaeology who was first on the scene, said in a statement. “The ship has the potential to tell us so much about a period where we have little surviving evidence of shipbuilding, but yet was such a great period of change in ship construction and seafaring.” 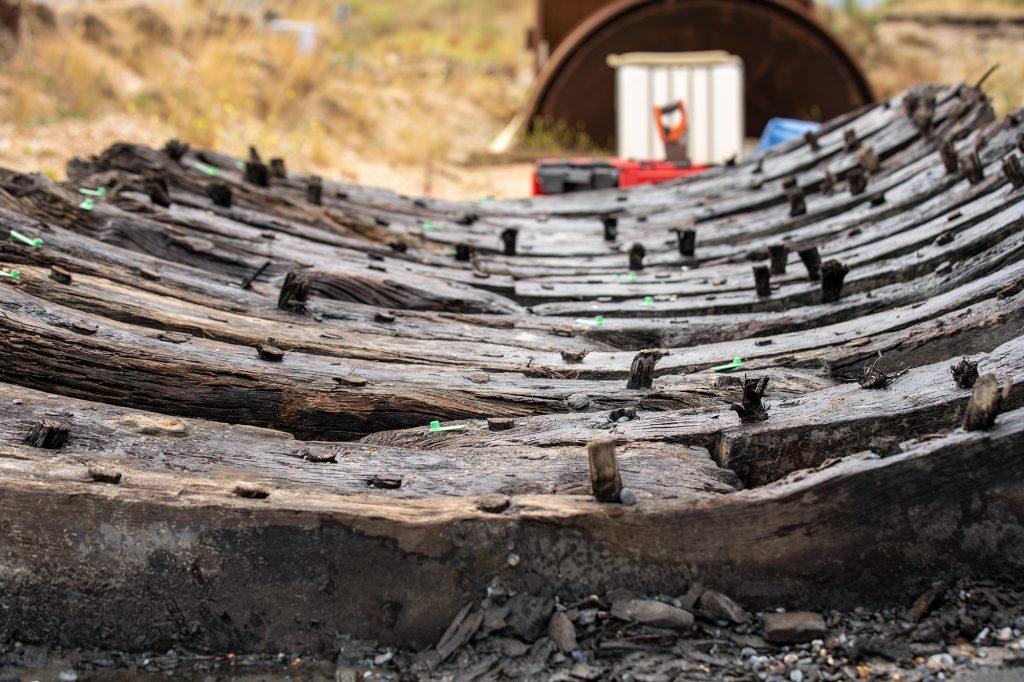 Remains of a rare 16th-century ship found at a quarry in Kent. Photo: © Wessex Archaeology.

The late 16th century marked a transitional period in ship construction as much as a remarkable time of growth in England’s maritime trade.

In Northern Europe, shipbuilding was evolving from traditional clinker builds, where planks are overlapped rather than joined (most commonly seen on Viking longships), to frame-first construction, where the internal hull is built before planking is added. This latter technique is best evidenced by the , Henry VIII’s most notable warship that was deployed from 1510 to 1545.

The reign of Queen Elizabeth I further saw the expansion of England’s naval commerce, spurred on by the formalizing of trade with Russia, Turkey, and Venice. Tellingly, the majority of known shipwrecks from the late Tudor period have been designated the remains of merchant vessels, including the Gresham Ship, which was located in the Thames Estuary in 2004. 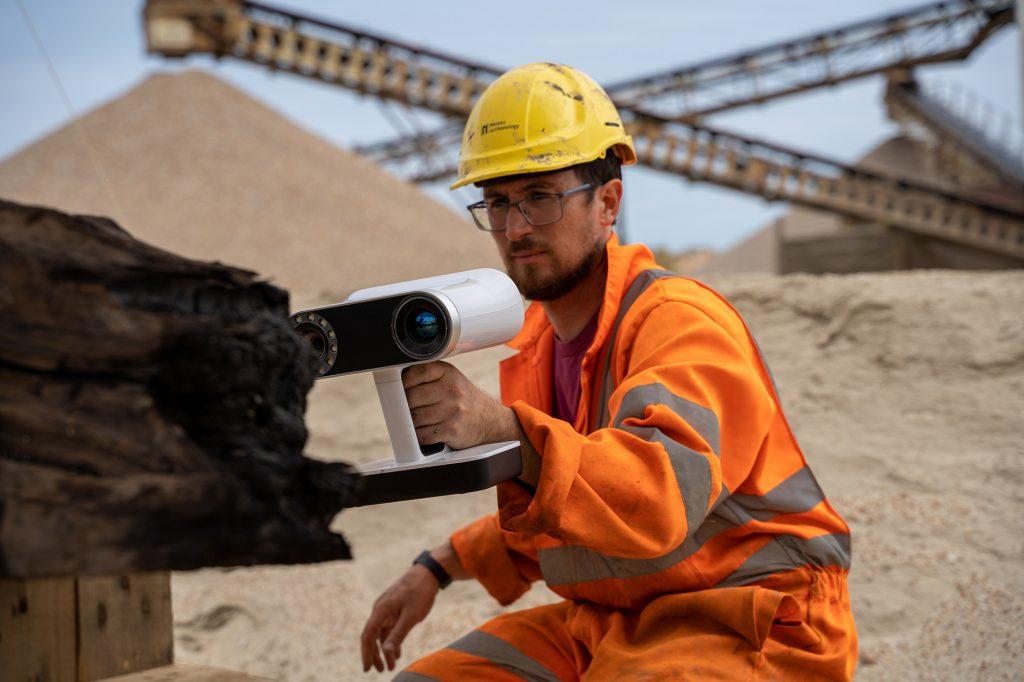 Archaeologist laser-scans the remains of a rare 16th-century ship found at a quarry in Kent. Photo: © Wessex Archaeology.

The wreck in Kent was found some 984 feet from the sea, in a quarry that experts deem could once have been on the coastline. Having been locked deep in waterlogged shingle, the remains have been exceptionally preserved.

“Some of the samples we have still feel so fresh that you can smell the tar,” said Hamel on the January 1 episode of BBC’s Digging for Britain series, which documented the team’s efforts in excavating and studying the vessel’s hull.

Every piece unearthed by Wessex Archaeology has been digitally photographed and laser-scanned, allowing scientists to build a complete 3D model of a vessel now estimated to measure more than 82 feet-long and weigh about 150 tons. The ship, though, remains unidentified.

Once their study is complete, archaeologists will rebury the ship close to where it was found, as the timbers are in danger of shrinking and losing all detail the more they dry out. By returning the remains to the environment, the team hopes to preserve them in situ.

“Hopefully, as techniques change in the future,” Hamel added, “future archaeologists could go back and recover the ship and do more work on it.”