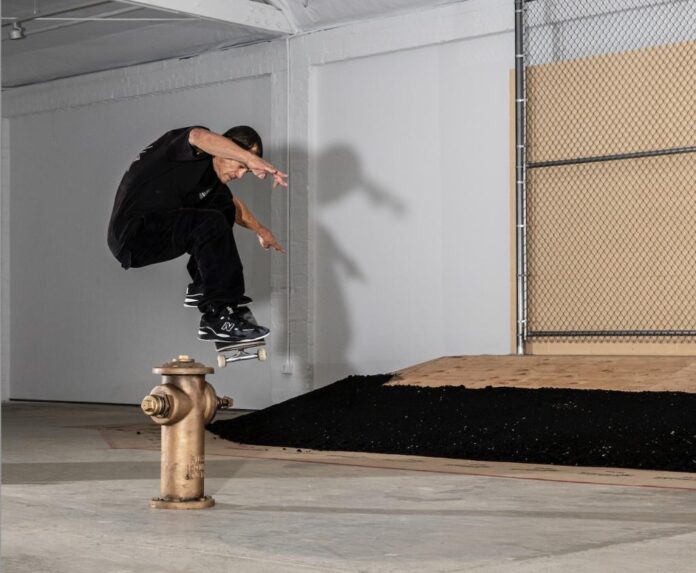 Carpenters Workshop Gallery is opening a high-art skatepark in West Hollywood tonight with “Turning Tricks” (November 17, 2022–January 14, 2023). The group show was organized by Michèle Lamy, the designer and provocateur (and wife of Rick Owns) behind the creative collectives LamyLand and OwensCorp.

Typically, these skaters would charge appearance fees, but they’re friends of Lamy, who maintains a rich cadre of collaborators, and always brings a posse to art openings. Rapper A$AP Rocky credits her with shaping his career.

“I’m fighting for a new way of being,” she said in a statement. “I’m ready to imagine a new world.” 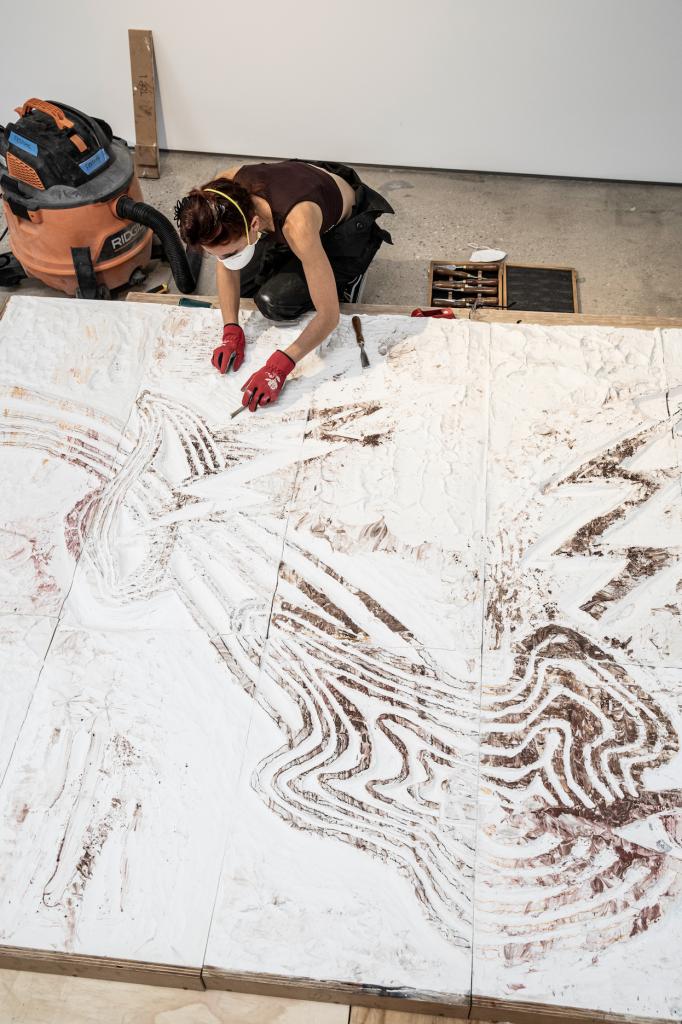 Rouge at work, on site at Carpenters Workshop Gallery. Courtesy of the gallery.

“I have always been about creating spaces for people and inviting artists to create, and this project is an extension of my world,” Lamy continued. “We are all on this ride together.”

Even though skateboarding only gained mainstream appeal in the early 1990s, Los Angeles has been a hub for it since the 1950s. “No sport is more connected to Southern California than skateboarding,” the Los Angeles Times wrote late last year.

L.A. residents emptied their pools during droughts. Some turned them into DIY skateparks. Last summer, the sport made its Olympic debut at the Olympic Games in Tokyo.

Between the gallery and artists, everyone hopes that the communal energy of tonight’s “Turning Tricks” opening carries on well throughout the show’s run over the next two months, leaving a social memory as much a design one.

To that end, they’ve filled out the gallery by fabricating full-on ramps, while reimagining trash cans and fire hydrants as objets d’art and replicating L.A.’s most iconic skating sites. 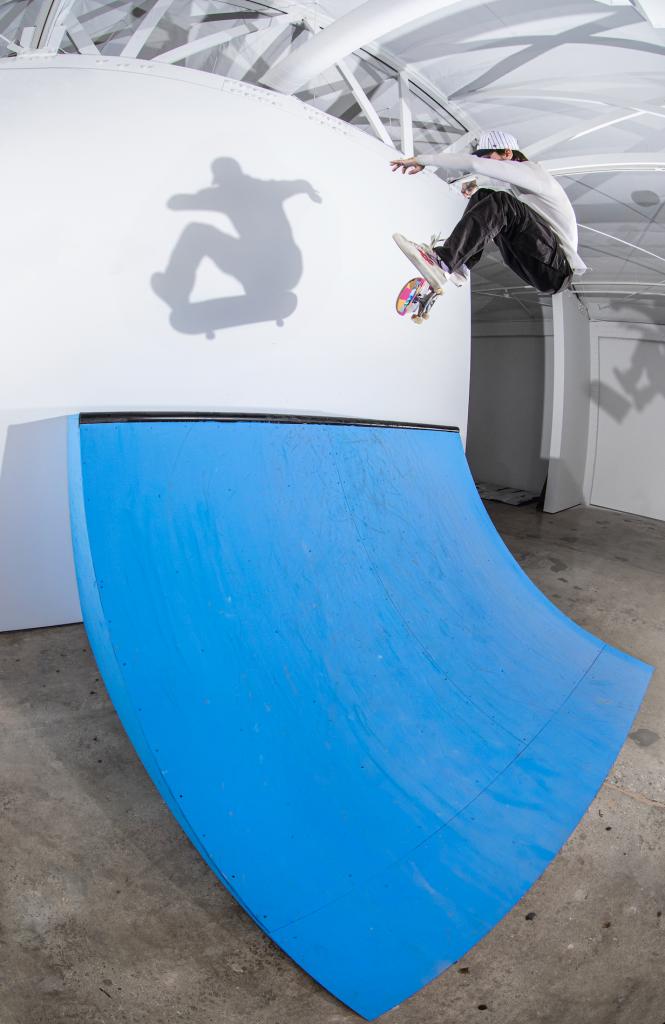 In Sandpit, for instance, Rouge reanimated a legendary skating site off the Venice Beach boardwalk, once “a notorious intersection between graffiti and skating, with worldwide influence,” the work’s description explained. Legends like Henry Sanchez, Guy Mariano, and Eric Koston practiced there, until the city razed the site in 2000.

The artists also all painted, carved, and re-shaped a total of 65 skate decks from maplewood for collectors at the occasion. Every single one comes with its own print of relief oil-based ink on archival Arches cover paper.

“The essence of skateboarding will be seen and heard for the first time through objects as they should be, without being considered a nuisance, an outlaw, or outsider activity,” Minnick mused in the release. “The exhibition brings the artist energy that has been such a big part of my life to a format for all to consider and enjoy.”