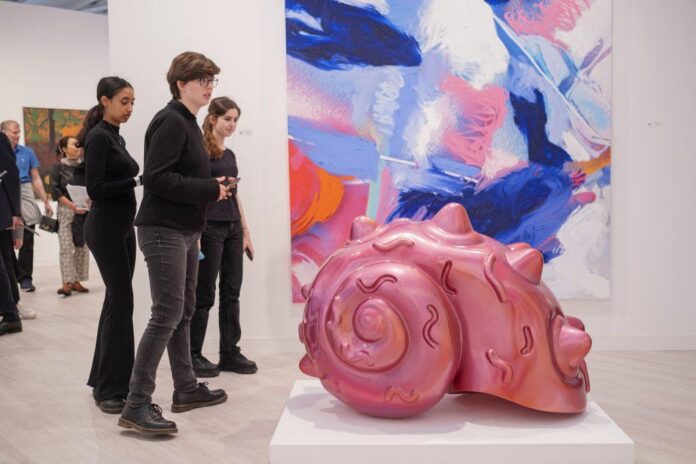 The first thing you see upon entering Frieze London, which opens to the public today, is a suite of monumental abstract paintings. Created by the young British phenom Jadé Fadojutimi (b. 1993), the seven works on Gagosian’s stand are a tangle of thick lines, light swipes of the paintbrush, and saturated pools of color. By the time the VIP preview kicked off on Wednesday morning, they had sold out at around £500,000 a pop, according to sources. 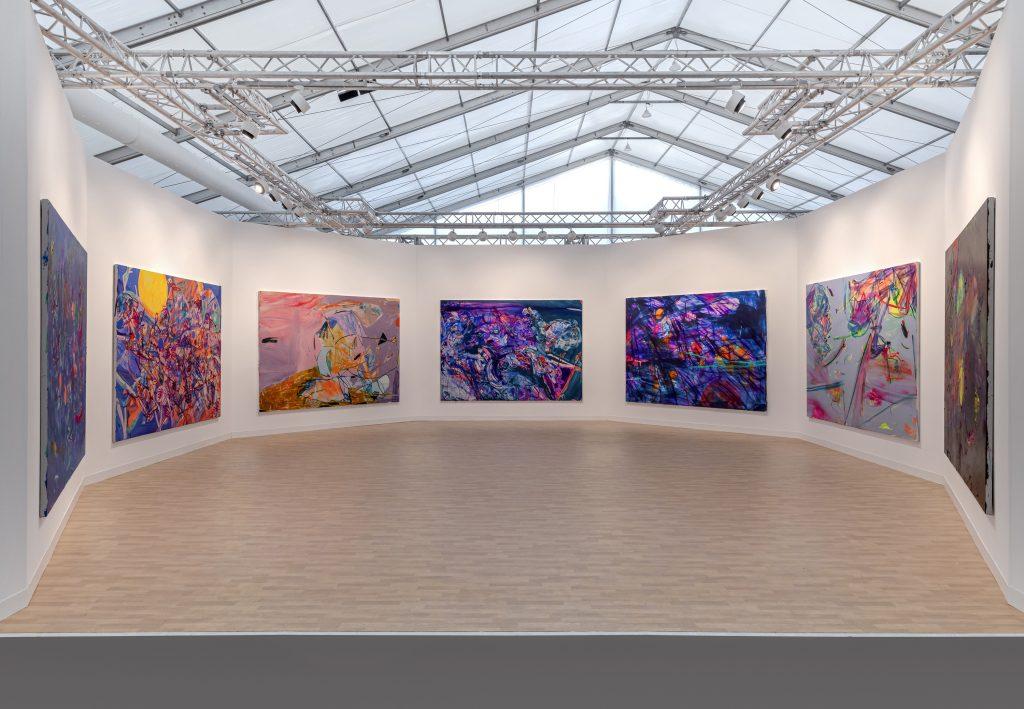 For the past half-decade, figuration has dominated the conversation in the contemporary art market. Even in the first half of this year, eight of the top 10 ultra-contemporary works (which we define as work made by artists born after 1974) that sold at auction were representational. But at Frieze this week, the winds of the market appear to be shifting.

“Artists we’ve added to our roster recently do tend to be more abstract,” said Pierre El Khoury, a director at Almine Rech. “People are a bit fed up—they want more freedom to interpret as they wish.” New additions to the gallery roster include Minjung Kim, who works in layered, translucent ink, and Jorge Galindo, who has for decades worked in an expressionist style he calls “dirty pop.”

At the fair, the gallery presented a solo booth dedicated to Paris-based Alexandre Lenoir (b. 1992), whose dappled compositions evoke the mangroves of his native Guadeloupe. Everything on the walls had sold out by Wednesday afternoon to European and British clients for prices ranging from €‎48,000 to €‎90,000, according to the gallery. 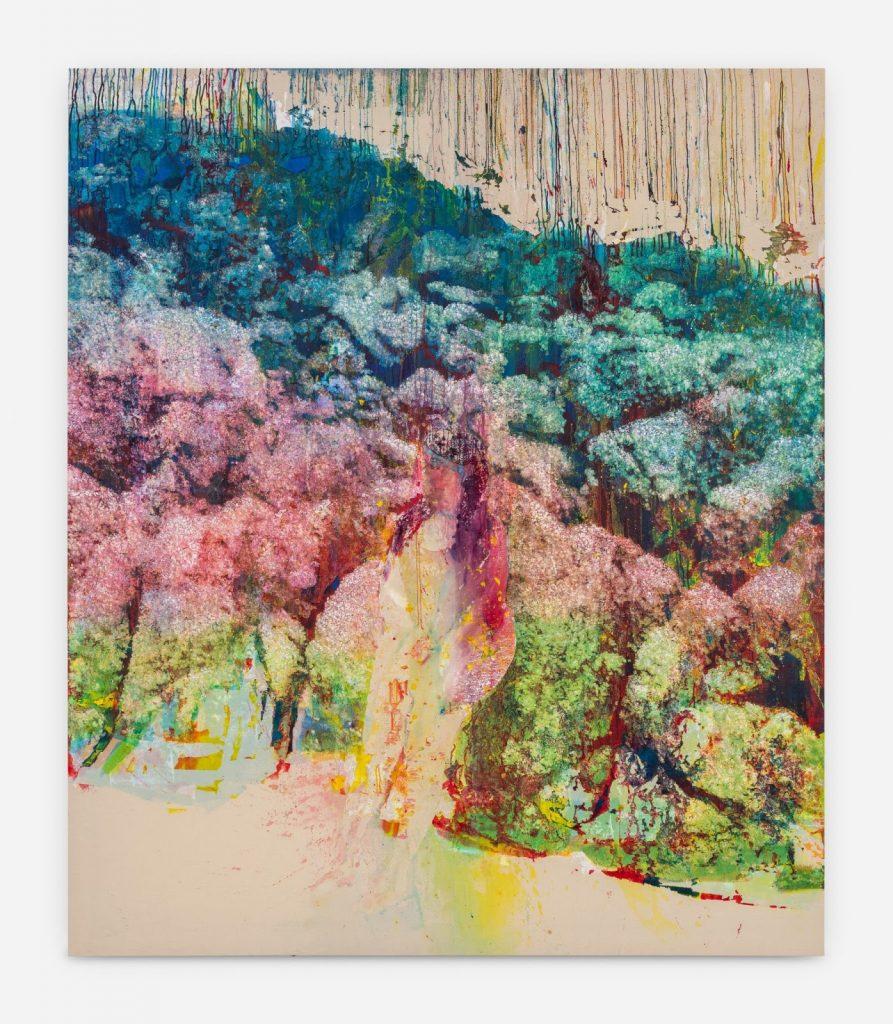 Of course, the work on offer at an art fair is less a reflection of what artists are making than what art-market players believe will sell. Many dealers were quick to point out that artists have always worked in and across these two styles. But walking down the aisles at Frieze, the number of large abstract canvases on booths’ exterior walls—presumably placed to draw people in—was notable.

There was an all-over composition in pleasant white, blue, and green hues by the Spanish artist Secundino Hernández at Victoria Miro (which is also presenting a solo show of his work in London). Nearby, a thick, textured sea of shapes by Pam Evelyn hung at the London gallery the Approach. Both were completed in 2022.

At Thaddaeus Ropac, a Cy Twombly-esque lyrical abstraction from 2020 by the Austrian artist Martha Jungwirth sold during the VIP preview for €360,000, while more recent abstract compositions by Rachel Jones and Daniel Richter sold for prices ranging from £90,000 to €325,000.

“The form of abstract painting feels unexpected—it comes off as a historical form that could be adapted and resuscitated,” noted Karen Archey, curator of contemporary art at the Stedelijk Museum Amsterdam. “Artists have been doing this since the dawn of time, so it’s not surprising that such work would now cycle into our view.” 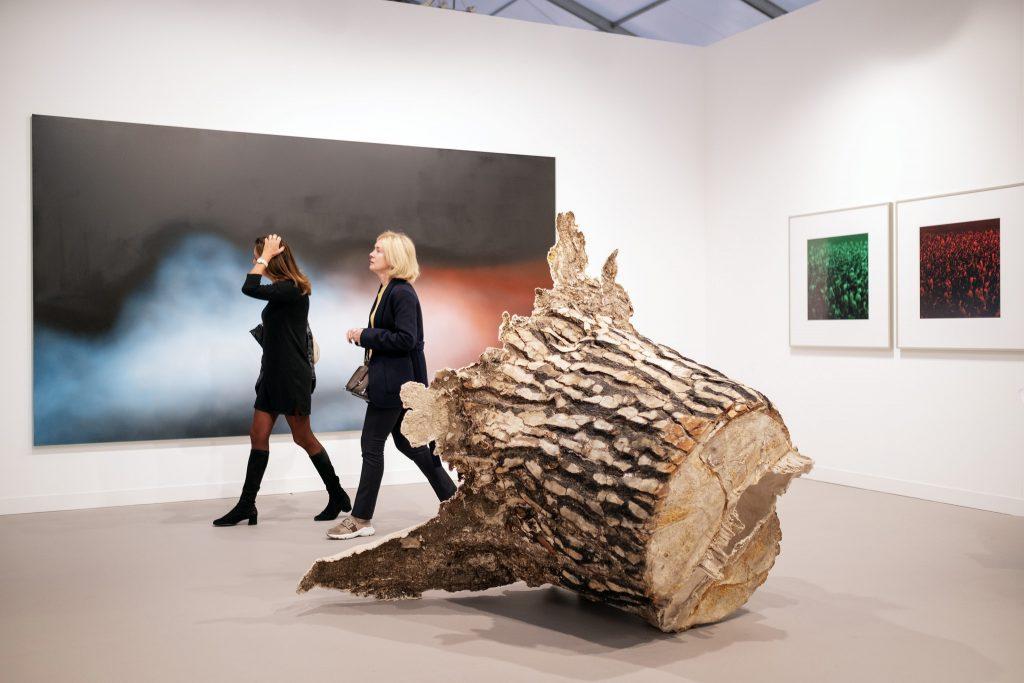 Just as there is a vast spectrum of figuration, abstraction is no different. The fair offered a flavor for every taste, from psychedelic (Tyra Tingleff at Chert Ludde, with a painting aptly titled, I have come to like you more in your absence (2022), and Kyungah Ham at Kukje Gallery) to geometric (Odili Donald Odita at Jack Shainman, Sam Moyer at Sean Kelly), to mottled, gloopy, and inspired by nature (Manuel Mathieu at Kavi Gupta, Francesca Mollet at Grimm).

“Conversations about abstraction coming back have been going on for around a year and a half,” said Joeonna Bellorado-Samuels, a director at Jack Shainman, “but I think it’s a lazy response to the overwhelming proliferation of figuration. There has always been both.” (Indeed, we began reporting on “figuration fatigue” over a year ago, but many at the time said the shift was still in the early stages.)

It is notable, however, that some of the new subjects of speculative attention at auction are working in a common aesthetic language: wispy neon that seems to pull equally from the Chicago Imagists and Surrealists like Leonor Fini. Last week in Hong Kong, a painting by Lucy Bull (b. 1990) sold at Sotheby’s for $962,996, more than six times its estimate.

At Sotheby’s “The Now” evening auction in London on Friday, a work by another rising star with similar interests, Lauren Quin, is estimated at £60,000 to £80,000. A painting by the artist sold for more than $400,000 at Sotheby’s Hong Kong last week. 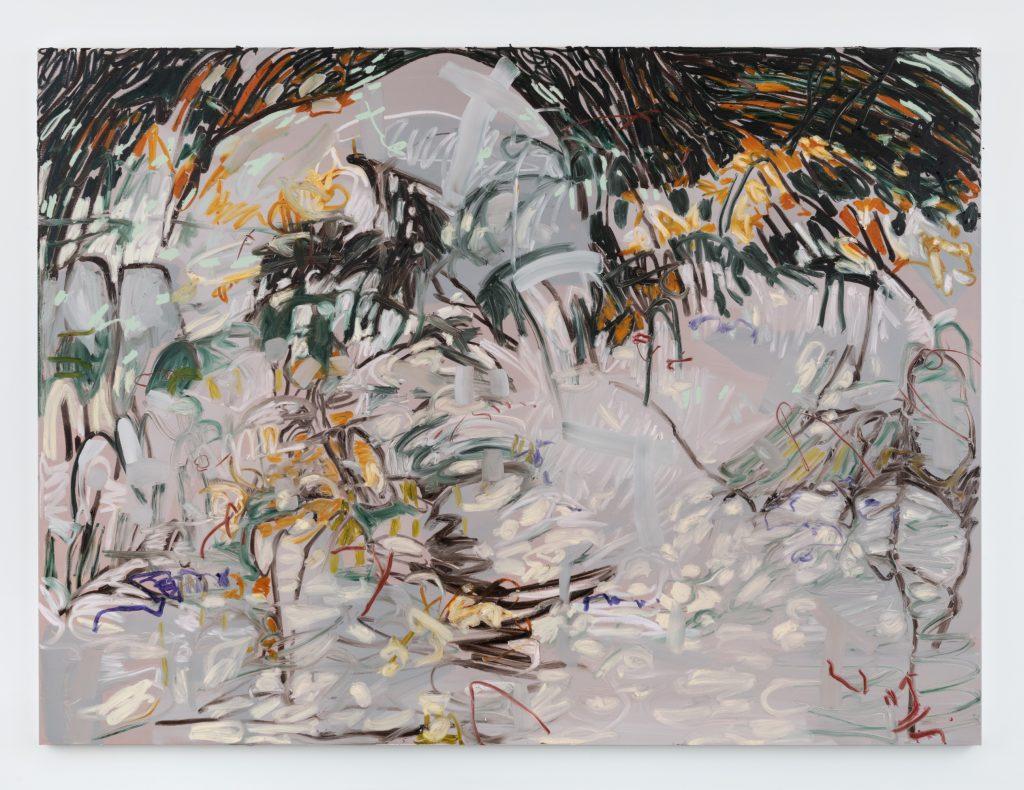 Everyone seems to agree there is plenty of bad, or at least meh, abstract painting out there. What makes a good abstract painting, however, is more difficult to articulate. Most dealers we spoke to at Frieze initially responded to the question with a deep exhalation following by a squint.

“I think it has to have energy and soul,” concluded Lauren Kelly of Sean Kelly Gallery, which sold an oil painting of loping strokes by Janaina Tschäpe during the VIP preview for $140,000 and two geometric paintings by Sam Moyer for $50,000 each.

Good abstraction, the general consensus seems to be, hits you in the stomach—it engages the body as much as the mind. It pushes the viewer to activate their imagination.

“It has to be something you’ve never seen before,” offered Jack Shainman. “It has to be more than decoration.”