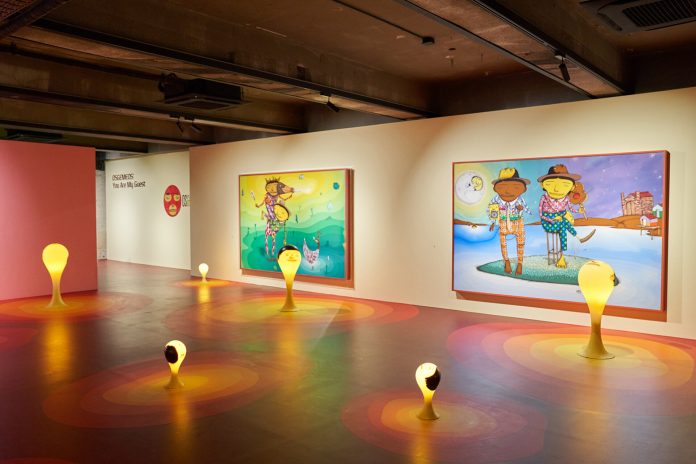 Spinning between two buildings in Itaewon, Seoul, is a huge inflatable head that marks the entrance to the last OSGEMEOS exhibition. With a shaggy hawk and a thin mustache, the yellow character is reminiscent of a strip of glowing figures inhabiting the Brazilian twins Gustavo and the immersion installation Otavio Pandolfo.

Consisting of illuminated sculptures, large scale paintings, and collages in the same cartoon style as their previous projects, OSGEMEOS: You Are My Guest is a surreal dreamland. She asks visitors to turn around a series of bulbous sculptures that bounce up from the floor. On the wall covered with green lime, there are eclectic framed portraits, rearranged door frames, and sculptural figures, while the patchwork of worn album covers hangs on another. The title of the exhibition comes from the painting of 2016 (shown below), which conveys geometric shapes and vivid colours traditional to Brazilian culture, in addition to more modern, energetic art forms such as hip-hop and breakdance, two of the main forms of inspiration for artists.

Simultaneously arresting and hypnotic, OSGEMEOS: “You Are My Guest” is the first solo show of the brothers in Seoul to be presented at the Hyundai Card exhibition until 11 October 2020. Those who cannot see the show in person should go to Instagram, where the duo shares the latest news about their multimedia projects. (via Juxtapoz) 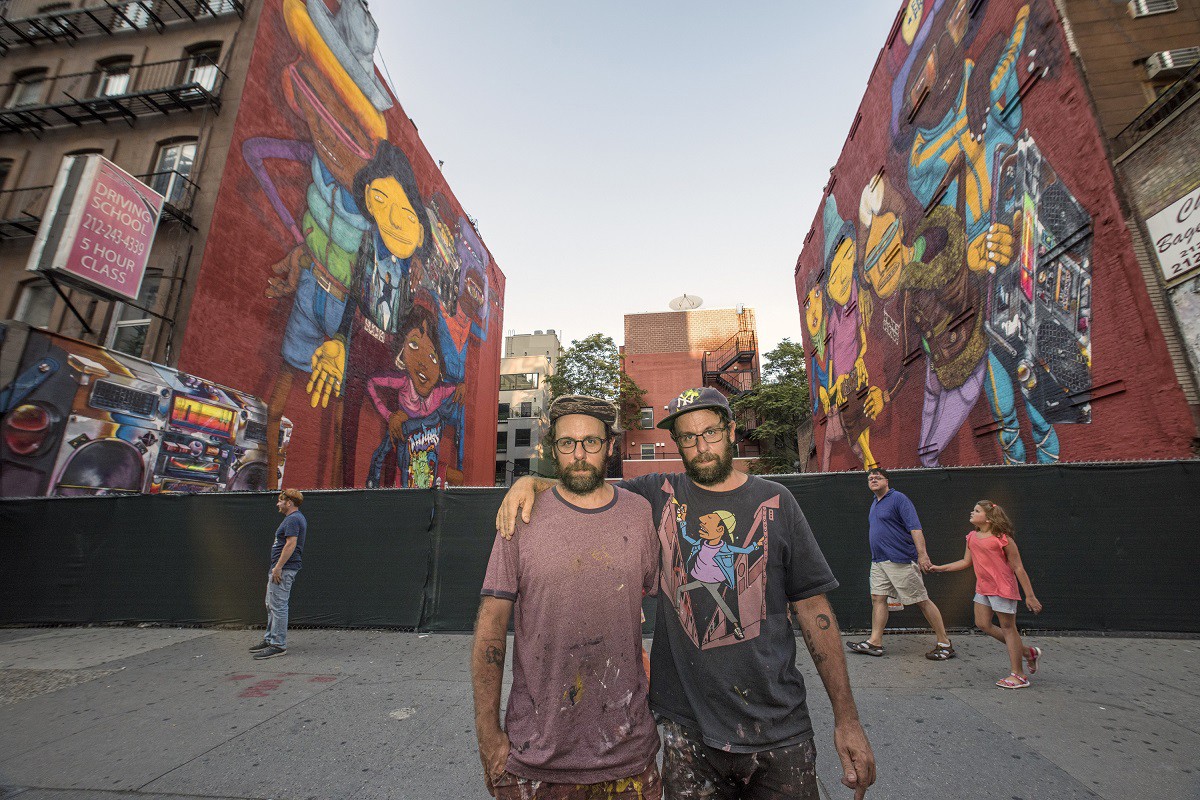 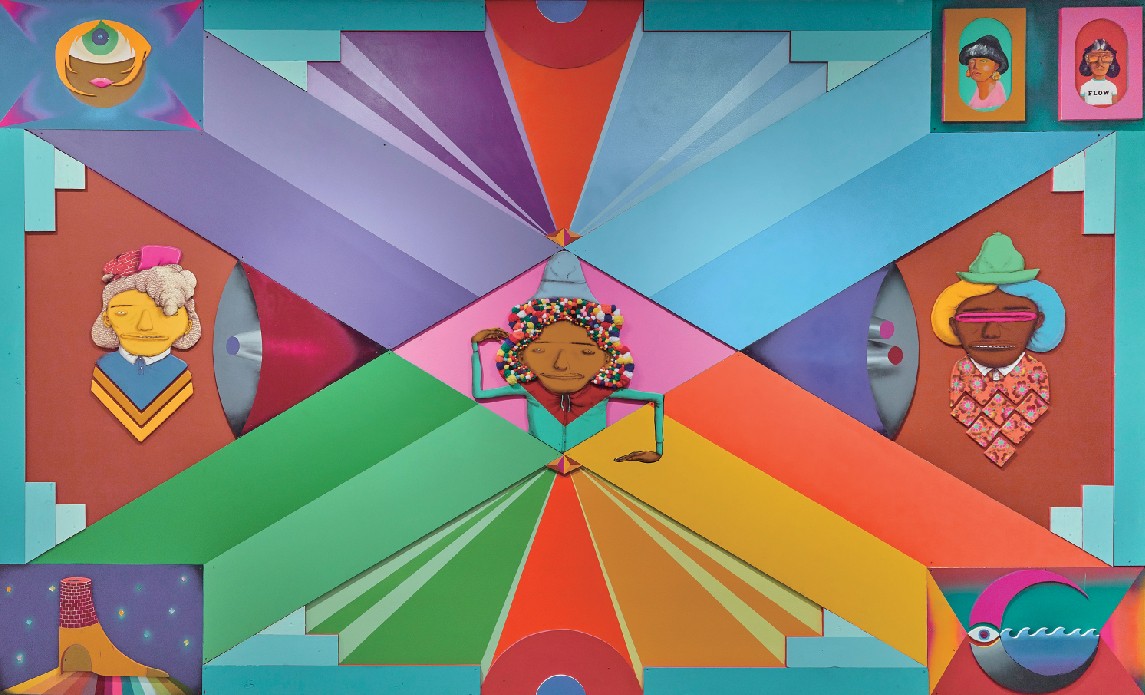 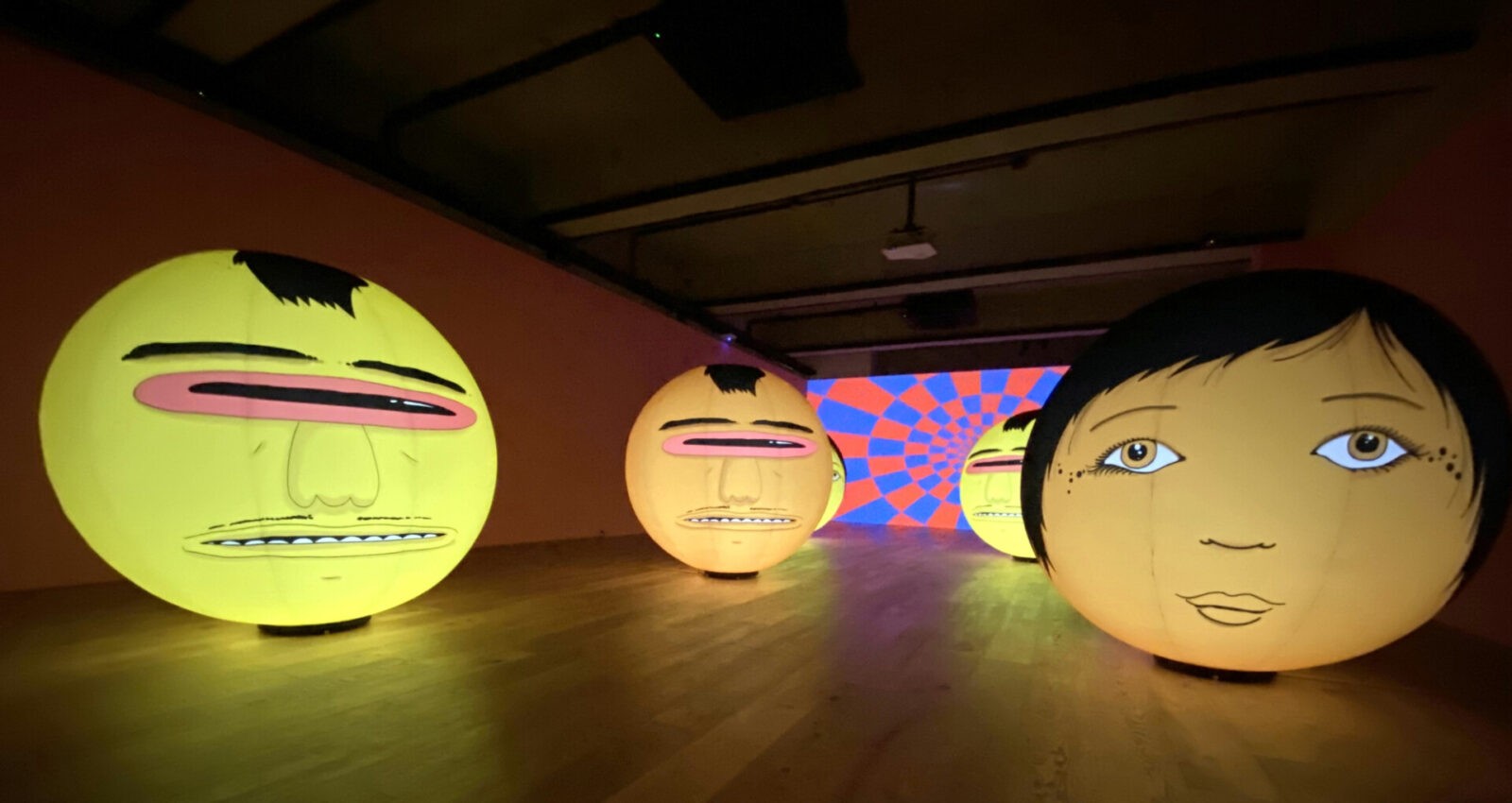 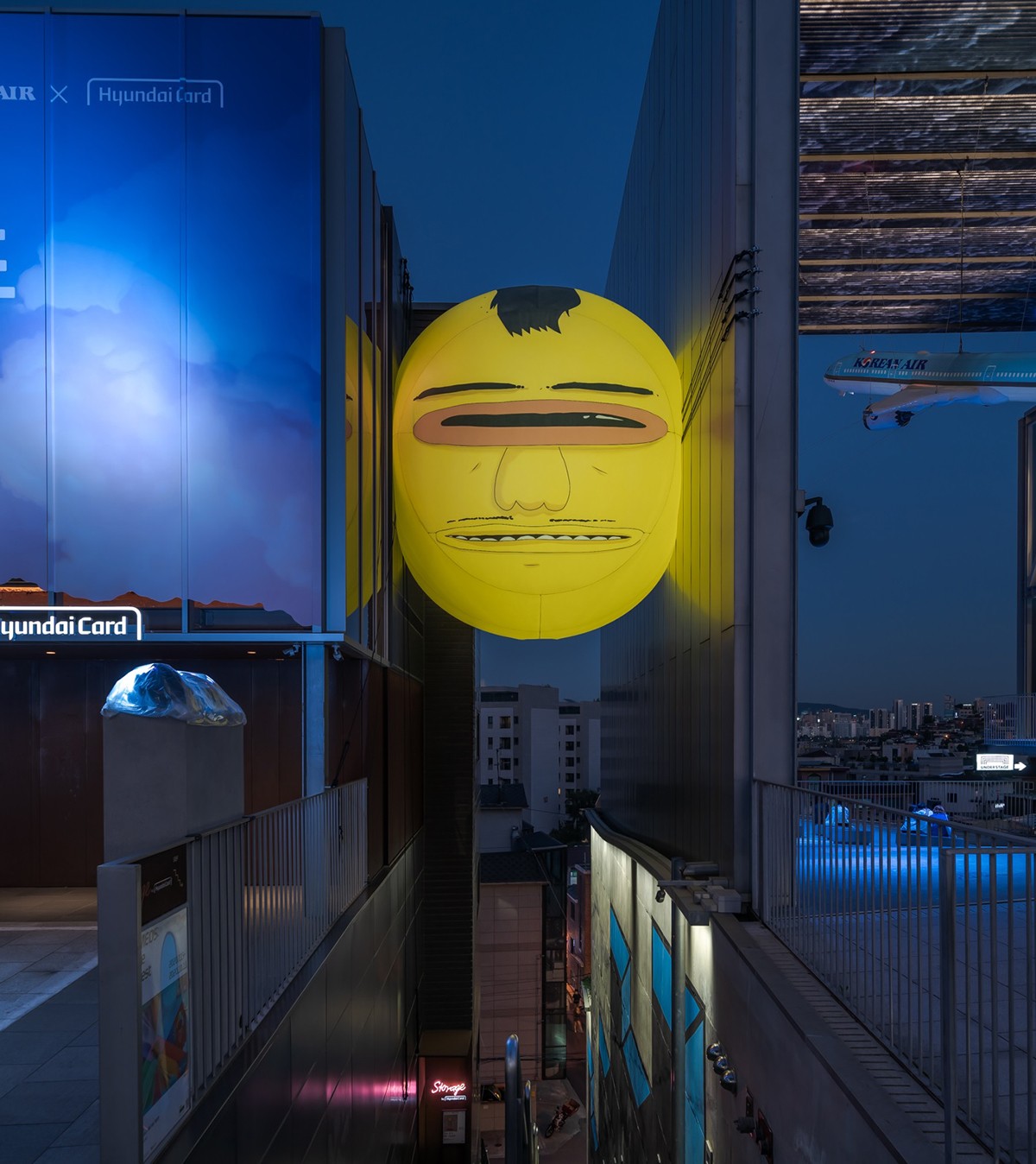 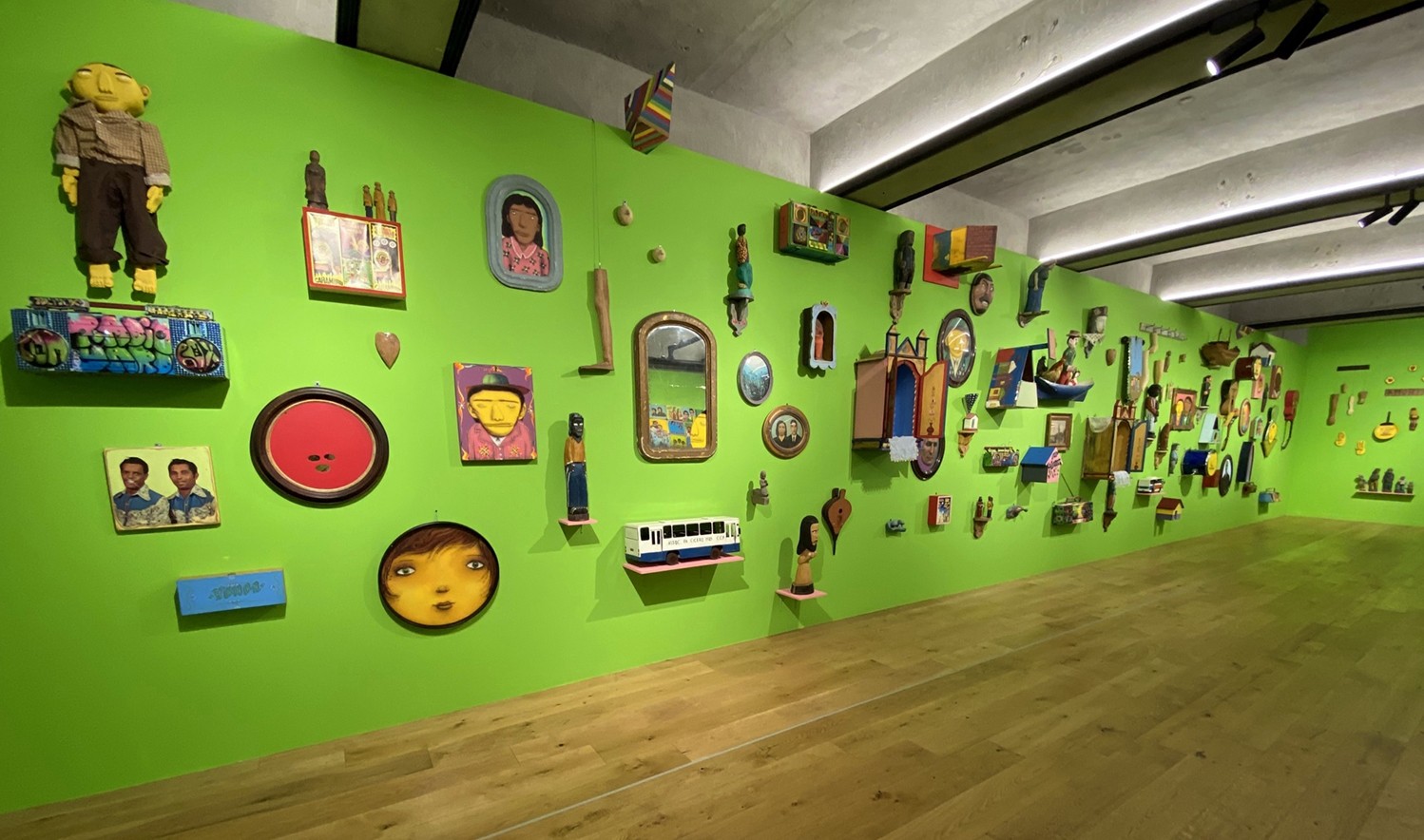