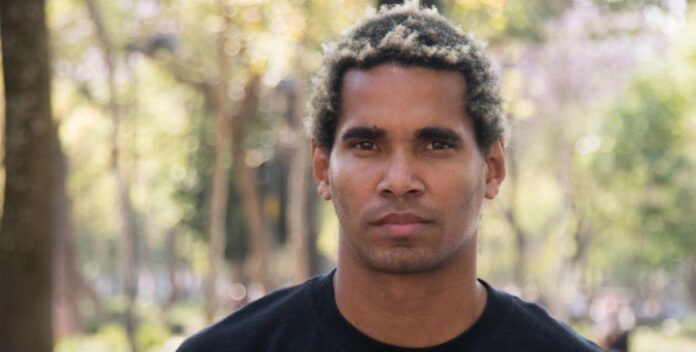 The health of the Cuban artist and activist Luis Manuel Otero Alcántara—who was sentenced to five years in prison in June by a court in Havana—is deteriorating, his colleague, the US-based fellow artist and activist Coco Fusco tells The Art Newspaper.

“Luis Manuel’s situation is not good. The last time his sister visited, he was not allowed to receive letters from friends or make phone calls. He has been harassed by another prisoner—this is a frequently used tactic of state security to wear down political prisoners. His health is not good either, he has cramps in his hands and feet and problems with vision in one eye,” Fusco says.

“Of course, many people, including human rights organisation officials, are asking for his release. Luis Manuel remains firm that he does not want to be forced into exile. The authorities do not appear to be willing to free him to return to his home,” she adds.

An anonymous twitter account set up in Alcántara’s name tweeted on 5 August: “#LuisManuelreceived a visitor yesterday. He denounces that he suffered an attack by a common prisoner and after that the officers of #Guanajay [prison southwest of Havana] have continued to place him at risk.” The Cuban embassy in London had not responded to a request for comment at the time of writing.

Alcántara, who was named an “icon” of 2021 by Time magazine, was sentenced for the crime of “insulting national symbols”. Alcántara’s friend and collaborator Maykel “Osorbo” Castillo, who penned the opposition anthem Patria Y Vida—which won the Latin Grammy Award for song of the year in 2021—received a nine-year sentence.

Alcántara was detained on 11 July 2021 after posting a video to social media saying he planned to join the protests which swept the country that day. As one of the founders of the San Isidro movement, he helped bring injustices against artists by the Cuban government to the global stage. US officials who have called for Alcántara’s release include Secretary of State Anthony Blinken and the US ambassador for Latin America, Brian A. Nichols.

Christie’s Generated $8.4 Billion in Global Art Sales for 2022, Marking Its Best Year Yet

Gaziantep Castle has been heavily damaged by quakes that have killed more than 1,000 people