Home News Here Are 7 Artists Worth Discovering at the Independent 20th Century Fair,... 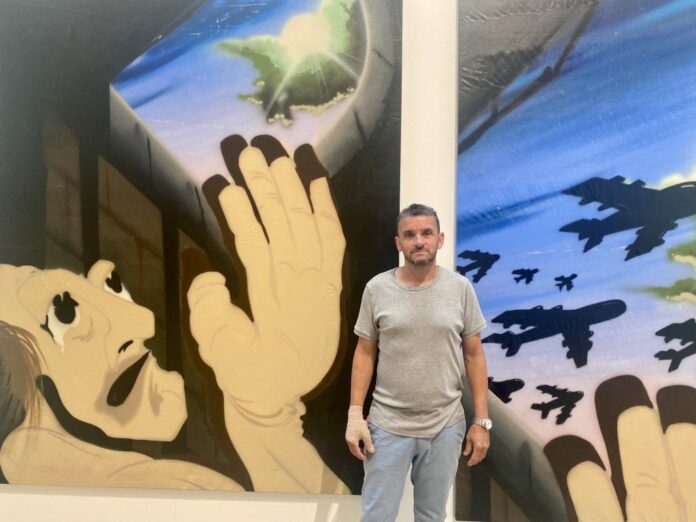 When the Independent Art Fair announced that it was launching a dedicated 20th-century art edition to run during New York Armory Week, the pitch was simple. This was a chance to revisit the art historical canon as we know it, to make room for artists who had been under-appreciated in their lifetimes, or whose contributions had been undeservedly forgotten—as well as take a new look at established masters and lesser-known facets of their careers.

Factoring in group presentations, the final tally, by Artnet News’s count, was 65 male artists to just 14 women, or less than 18 percent. So much for rewriting the canon. (We did not do a gender breakdown for Specific Object at Susan Inglett Gallery, which presented a wide variety of 1960s-era artist ephemera.)

But though more diversity would have been appreciated, the lack of it didn’t mean there wasn’t some stunning art on display. Here’s a look at our selection of the must-see art at the inaugural Independent 20th Century, from rare work by a famed Surrealist to original drawings by a pioneering graffit artist—plus all four women on view at the fair. Hopefully, next time there will be more of them. 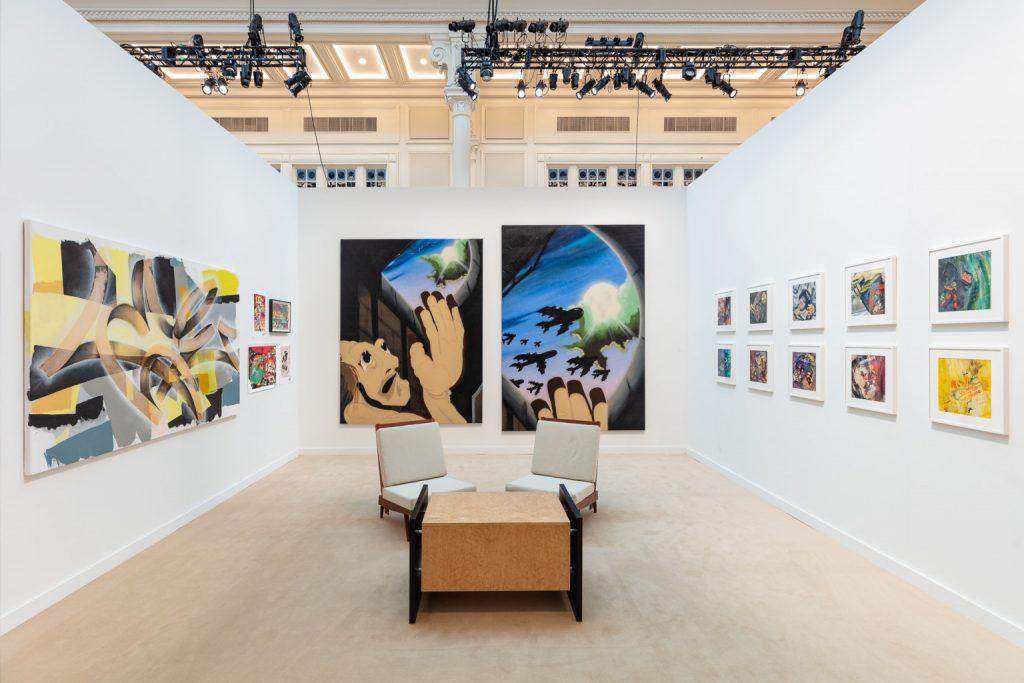 What You Should Know: “I just found out I’m the youngest artist here!” Lee Quiñones told Artnet News. It’s not something he’s said in awhile, but that was often the case earlier in the 62-year-old artist’s career, after he made the unlikely leap from painting elaborate murals on New York City subway cars as a teenager to showing at Barbara Gladstone Gallery in the early 1980s.

“I painted over 100 whole cars, end to end, top to bottom,” he said, noting that the process could take seven to eight hours, all under cover of darkness. “People didn’t realize this was an art movement literally under your feet.”

Luckily, even though the train car paintings were fleeting, Quiñones had the foresight—and the faith in his own creativity—to save the preparatory drawings for those works.

Quiñones’s booth at Independent—which he considers a “prelude” to the museum retrospective he one day hopes to have—features a selection of original pencil sketches and limited edition reproductions of a pair of full color drawings now owned by the Museum of the City of New York.

That includes the drawing for the 1978 handball court mural that inspired Keith Haring’s famed piece. “Keith Haring asked me how I did it, and I told him, ‘You just get a ladder and get some ,’” Quiñones said.

Rounding out the booth is the last set of 12 giclée prints based on a series of paintings of classic record covers owned in its entirety by musician Eric Clapton. Quiñones originally made the prints in an edition of 24, but only eight had sold when the rest were destroyed in a flood in his studio in 2006. These survived only because they had been hanging in the artist’s home at the time.

“These are confessions of me lifting records to sell on the street,” Quiñones said, pointing to the ghostly hands that appear behind each album, tucking them into his jacket. “What’s special about these is that it represents the hip-hop movement in its infancy.” 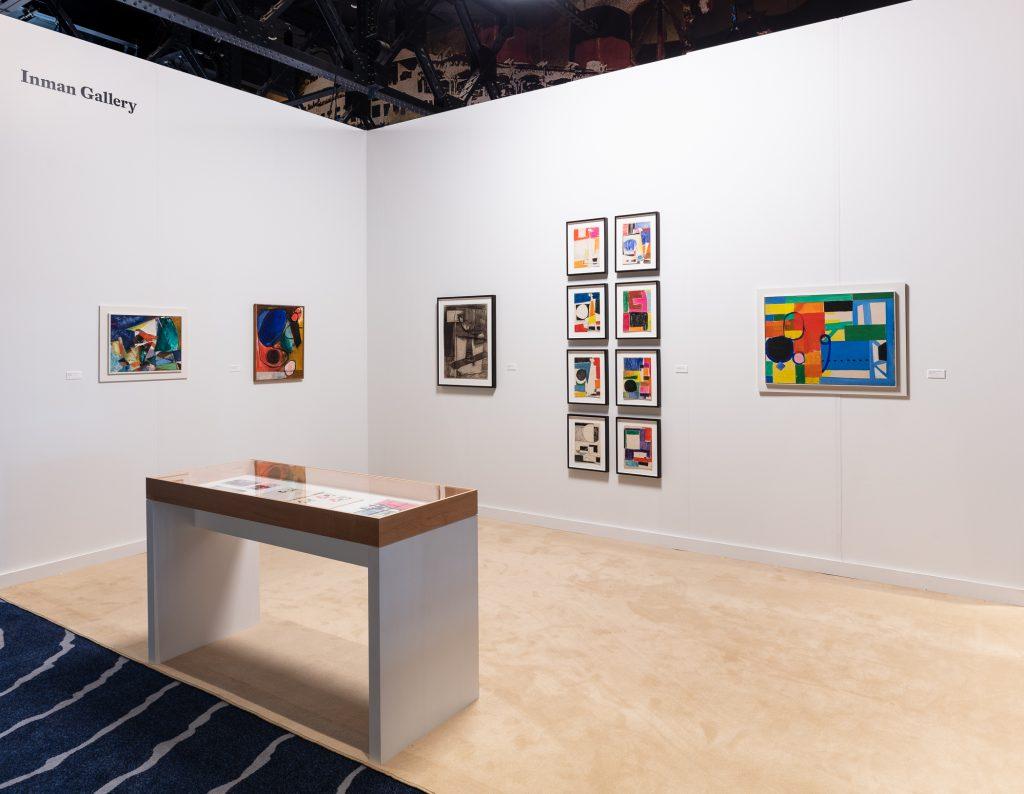 What You Should Know: Inman Gallery founder Kerry Inman first encountered the work of Dorothy Antoinette LaSelle at the Dallas Art Fair in 2010. “She’s quite well known in Texas,” Inman told Artnet News.

The dealer was immediately captivated not only by the colorful, geometric work, but the artist’s improbable career. Born in Beatrice, Nebraska, in 1901, LeSelle, who went by Toni, died in 2002, just shy of her 101st birthday. Over the intervening century, she studied with László Moholy-Nagy and Hans Hofmann, all the while teaching art for 43 years at Texas Woman’s University in Denton.

“She always said: ‘I’m a painter who teaches, not a teacher who paints,’” Inman said. But what was more remarkable was what LeSelle was painting, embracing Modernism in a way that no one in Texas, which was still stuck on figurative art, was doing at the time.

In 2016, Inman ran into the gallerist showing LeSelle at a fair, who informed her he had stopped working with the estate. Immediately, Inman wrote an impassioned letter and travelled in person to meet with the elderly gentleman in charge of the estate. She had scarcely begun her pitch about how LeSelle’s work deserved to be seen on a wider level before he shook Inman’s hand and called it a deal.

This is the gallery’s second time showing LeSelle in New York, after a 2017 outing at the ADAA.

“New Yorkers were like, ‘What is this? How do I not know about her?’ And now even more, there’s this recognition that there are whole bodies of work that are unknown,” Inman said, noting that the new edition was the perfect venue for LeSelle because “she the 20th century—she lived the whole century!” 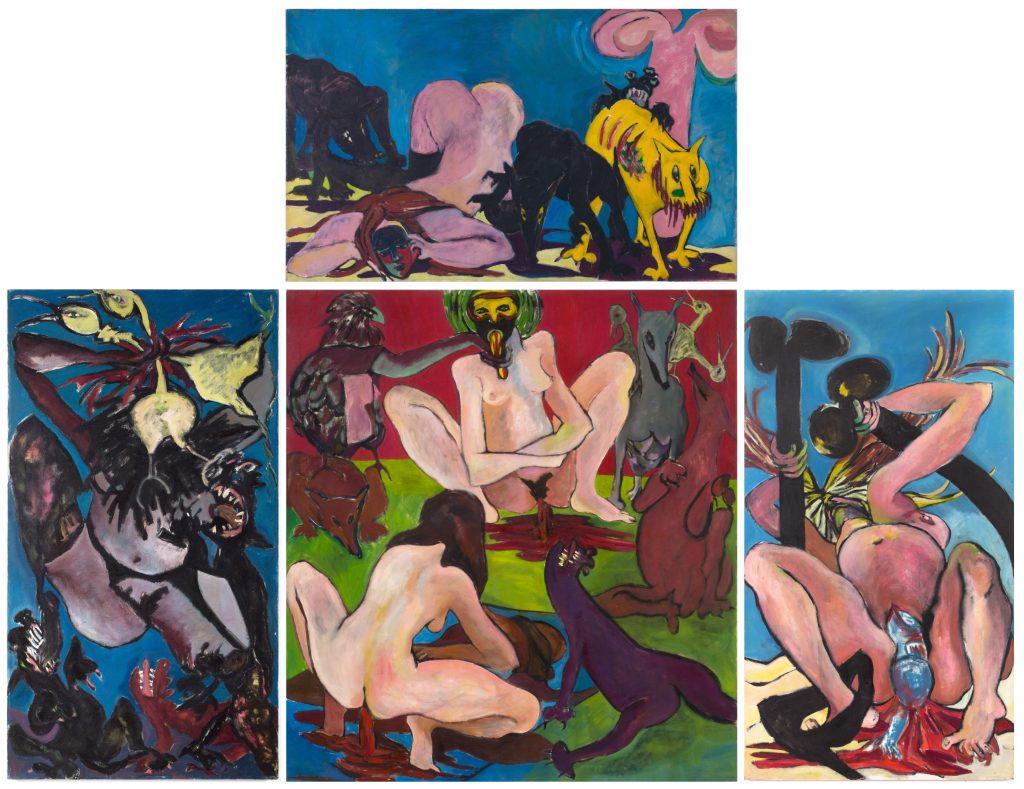 What You Should Know: Now age 86, Juanita McNeely was born in St. Louis, but has lived in New York City since 1967, when she became one of the first residents of Westbeth Artists Housing, where she lives to this day.

The large-scale, multi-panel works James Fuentes is showing at the fair all came straight from the artist’s apartment. (The gallery is also currently staging a solo show of the artist’s work at its soon-to-be renovated 52 White Street space through September 30.)

“She kept all this work at home and lived with it—many works have never been exhibited,” Katrin Lewinsky, the gallery’s senior director, told Artnet News.

It’s not hard to guess why. McNeely was diagnosed with cancer as a young woman after suffering excessive bleeding, and had multiple operations on tumors, as well as an abortion. These intense bodily events play out on her canvases, where menstruation, birth, and female genitalia are depicted with fleshy abandon.

Now in poor health, McNeely has painted tirelessly for decades, even when opportunities to exhibit her work dried up. And despite numerous gallery and university shows, a museum exhibition has never materialized—something that Fuentes hopes can be rectified in the artist’s lifetime.

“There’s an audience for her work who immediately understands its importance and her talent,” Lewinsky said. “She’s really a feminist artist.” 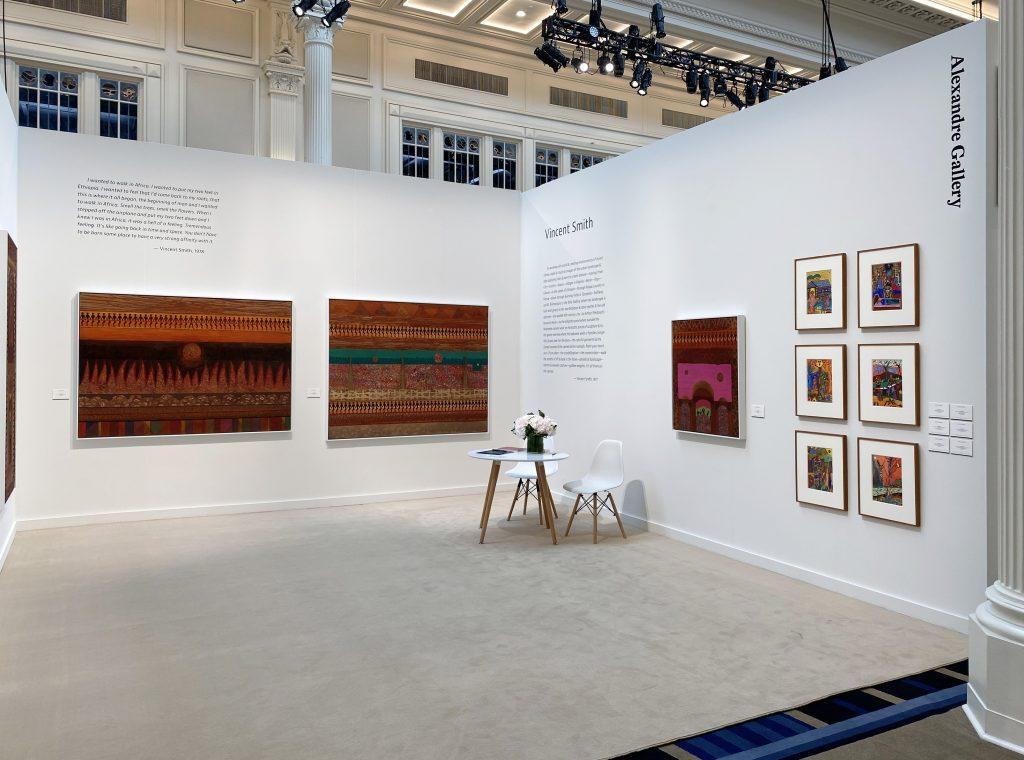 What You Should Know: Alexandre Gallery has been working with Vincent Smith—who has work in the collections of New York’s Metropolitan Museum of Art, Museum of Modern Art, and the Brooklyn Museum—since before the artist’s death at 74 in 2003.

“He was pretty well known in New York among fellow artists,” Emma Crumbley, a researcher and writer at the gallery, told Artnet News. “Jacob Lawrence was the best man at his wedding!”

Born and raised in Brooklyn by parents from the West Indies, Smith started out making more narrative-style paintings. But the gallery is showing later works, dating from his travels to Africa in the 1960s and 70s, in the hope of expanding the understanding of Smith’s work beyond his role in the Black Arts Movement.

“The depth of his work is actually very varied and he had many different eras throughout his career,” Crumbley said. “This work definitely hasn’t been shown in a long time.”

Woven cords and sand are incorporated into the textured paintings, which reference specifics sites and places Smith encountered on his trips, such as traditional dance and ancestral shrines.

“The sand represents time, and the age of African cultures representing the sum of millennia,” Crumbley said. “There’s a sense of ancient history to them, even though they were obviously very contemporary.” 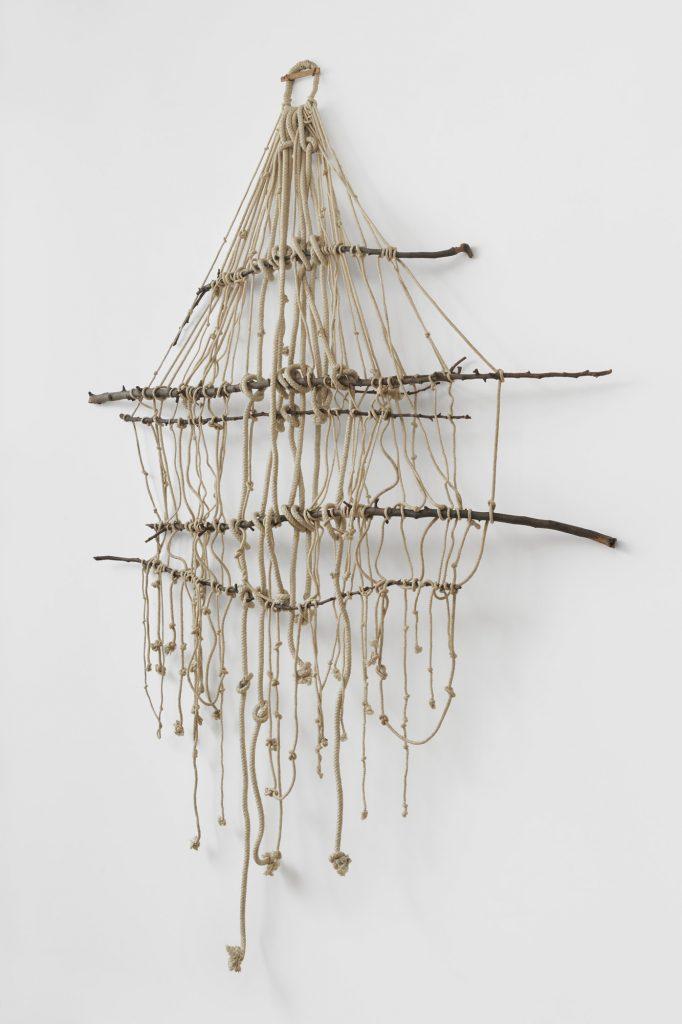 What You Should Know: Richard Saltoun was researching fiber artists in search of unrecognized talents when he discovered the work of Barbara Levittoux-Świderska, a Polish artist who died in 2019.

“She was part of a whole generation of Polish textile artists who emerged in the 1960s and 70s,” Saltoun told Artnet News.

“But Barbara was mostly living under communism and there was no way for her to sell her work,” he added. “When we started working with the estate, probably 90 percent of her output was in the garage.”

That’s beginning to change, with recent acquisitions by the Jewish Museum and the Guggenheim Museum in New York, and the Tate in London.

Incorporating unconventional materials such as sisal and horse hair, Levittoux-Świderska reimagined tapestry as an art form, eschewing flat wall hangings in favor of avant-garde installations that border on sculpture, elevating the rural textile traditions of Eastern Europe to the realm of fine art. 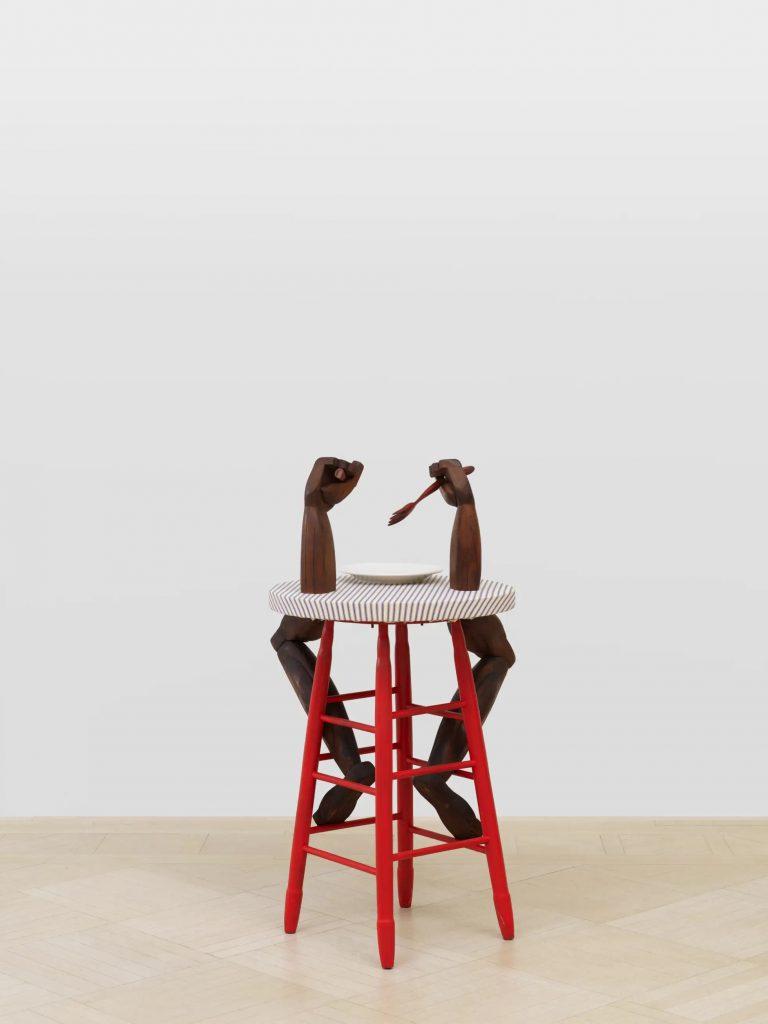 What You Should Know: It was photographer Laurie Simmons, represented by sister gallery Salon 94 (since shuttered to become part of LGDR), that alerted Salon 94 Design to the fact that Kate Millet, the noted feminist writer and activist, was also an artist.

But before that, Millet had a 1967 show of her “fantasy furniture” at Judson Gallery in Greenwich Village. Later, she used proceeds from her book to purchase a farm in Poughkeepsie, which she ran as the Women’s Art Colony Farm, with wife Sophie Keir.

The gallery is showcasing a selection of drawings, many inspired by the creatives who passed through the residency, as well as the “fantasy furniture,” sculptural works that straddle the line between fine art and design.

“All these pieces are about couplings and domesticity and the female body and how it interacts with objects in the home,” Tran said.

Millet died in 2017, but her widow, Keir, hopes that selling art from the estate can help fund plans to reopen the farm as a colony for a new generation of feminist artists.

Works moved briskly at the opening, with four works on paper and one sculpture finding new homes. 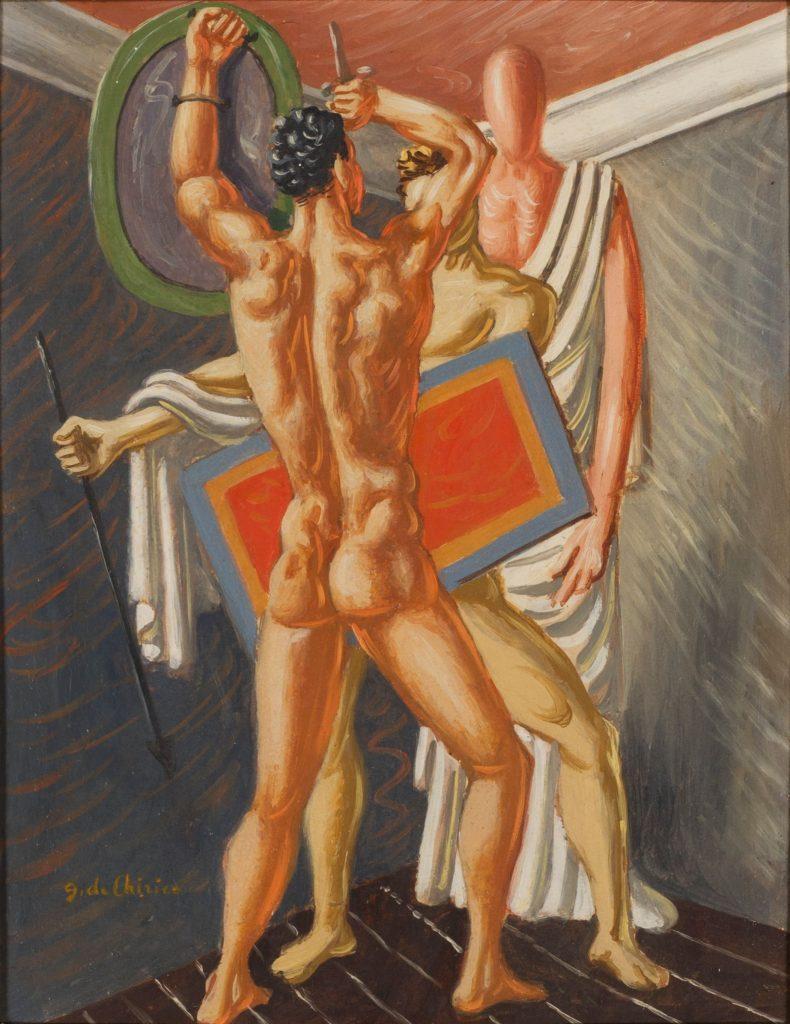 What You Should Know: Italian artist Giorgio de Chirico was a leading light of the early Surrealists with his famed Metaphysical paintings, but disappointed adherents to the movement with later his work, which looked to the Renaissance and antiquity for more Classical inspiration.

“This is an artist who was not afraid to take risks, to turn his back on everything that made him—which obviously the Surrealists hated,” gallery director Michelle Molokotos told Artnet News.

Nahmad Contemporary has put together an impressive selection of De Chirico’s “Gladiator” series. Made from 1927 to 1930, a period of intense Italian nationalism, the works satirize Benito Mussolini’s embrace of ancient Roman culture in service of the still-nascent Fascist regime.

“Some of these gladiators look like they’re made of putty. Others have these bulbous, bulging muscles that are almost poking fun at this exaggerated masculinity,” Molokotos said.

De Chirico made a suite of 11 “Gladiator” works for the Paris apartment of dealer Leonce Rosenberg (brother of Paul), an enthusiast of Roman antiquity. The gallery has two of those paintings, and photographs of them installed in the apartment.

People with disabilities are the world’s largest minority, but disabled artists remain underrepresented in European museums. Is that about to change?