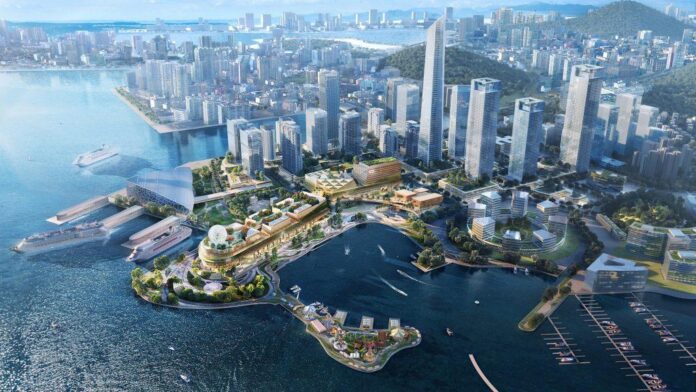 Art collector and property tycoon Adrian Cheng is bringing his K11 art mall brand from Hong Kong to mainland China for the first time. He has revealed an ambitious plan to build a massive cultural-retail hub by the waterfront of Shenzhen, the country’s up-and-coming metropolis in the southeastern region, featuring contributions from some of the art world’s biggest names.

Known as K11 Ecoast, the forthcoming complex is located in Prince Bay in Shenzhen’s Nanshan district and covers more than 2.4 million square feet—the equivalent of 50 football fields. Worth an estimated worth 10 billion yuan ($1.4 billion), the site will be home to a mall, a multipurpose art space, an office building, and a waterfront promenade.

Fifty international artists and architects have been tapped to collaborate with Cheng on the project, which represents K11’s first foray into mainland China since its founding in 2008. K11 also operates an art mall in Hong Kong’s busy shopping district Tsim Sha Tsui and the nearby K11 Musea complex. 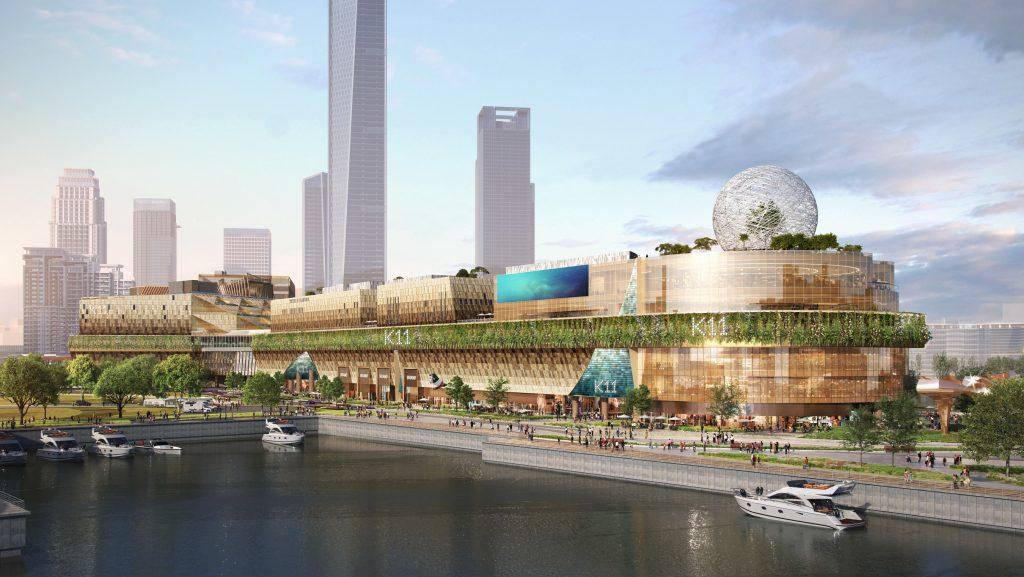 Cheng has recruited an all-star lineup of collaborators, including architects David Chipperfield from the U.K., Rem Koolhaas’s OMA, and Japanese architect Sou Fujimoto. Chinese artists and international names will also contribute art, including public works by the U.K.’s Phyllida Barlow and Monika Sosnowska from Poland.

The project is jointly developed by New World Development Company, one of the largest property developers in Hong Kong founded by Cheng’s grandfather Cheng Yu-tung and the parent company of K11, and China Merchants Shekou Holdings in Shenzhen. It is being billed as a “cultural retail destination and circular economy trailblazer” in the Greater Bay Area, part of a key development plan from China’s central government that covers nine cities in southeastern China, including Guangzhou and Shenzhen.