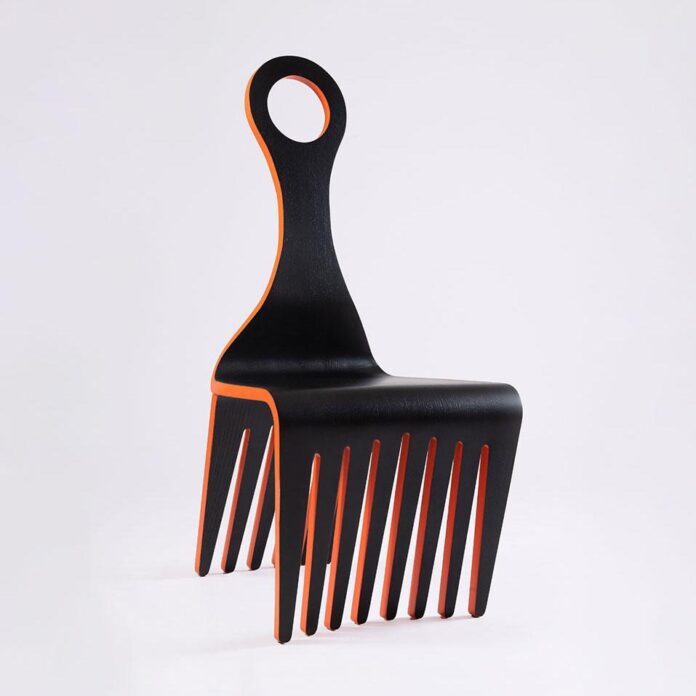 When the makers of Wakanda Forever wanted some of Jomo Tariku’s Afrofuturist furniture to help create the pan-African look of the film, it was an honor Tariku had never imagined. Granted, it’s hard to pick out Tariku’s chairs and stools in the quick cuts of the action movie. But simultaneously, his work has been acquired by several museums, including the Metropolitan Museum of Art in New York and the Los Angeles County Museum of Art.

Plus, after a few failed attempts at gallery representation, his Jomo Furniture company has signed on with Wexler Gallery, which will showcase exclusive versions of his high-end seating at Design Miami. 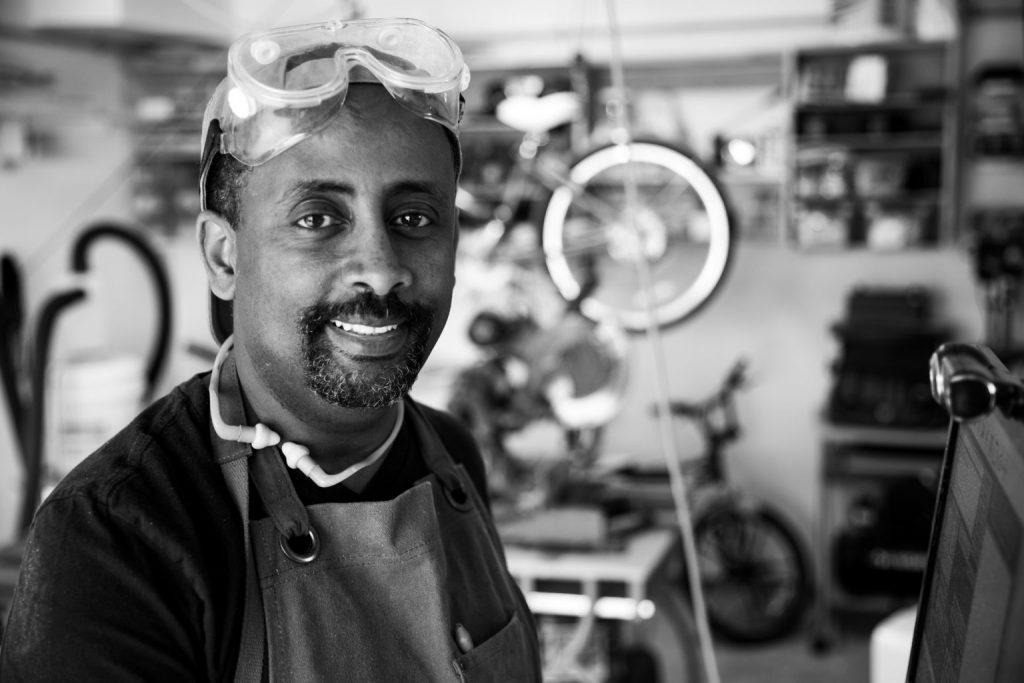 “We don’t do branding in Africa like we do here,” said Tariku, who was born in Kenya and grew up in Ethiopia. The 54-year-old furniture and industrial designer moved to the United States in 1987, attending the University of Kansas, and then settled in Springfield, Virginia. “Branding for me was totally new—talking about yourself and your work, elevating it through your name. Sometimes I believe that’s why it took longer for me, career-wise. I had to internalize that.”

While self-promotion may not have come easily for him, his ambitions have always been lofty. “I aspire to change the world’s perception of African design while exploring contemporary forms,” he said. “I want to make sure the canon changes.” 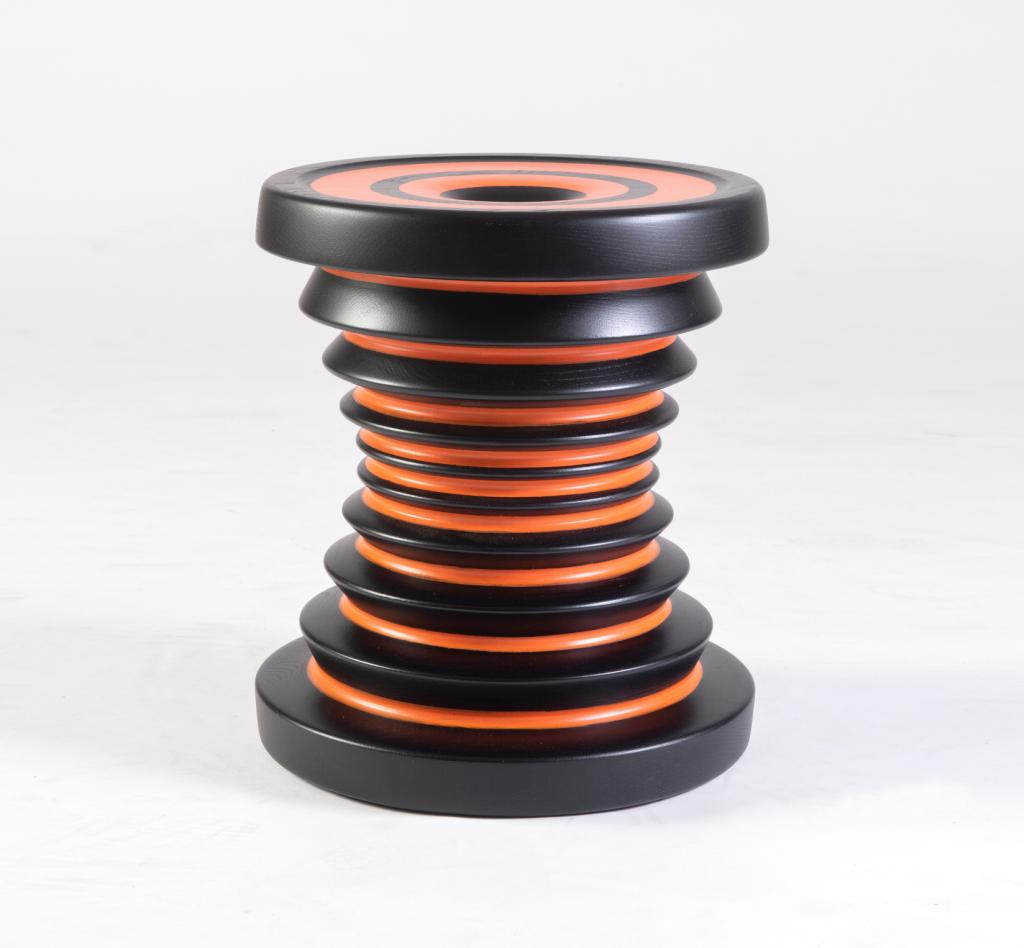 For too long African design has been synonymous with masks and leopard skin, or highlighted by way of non-African designers who’d visited the continent. His pieces more authentically reference historic African objects, none more starkly than his Meedo chair, a bent-plywood veneer seat depicting an oversized afro comb. “From the 6000-year-old afro comb from the Sudan until now,” he noted, “the afro comb is an essential daily companion to our lives.” Tariku’s aesthetic also embodies appreciation for Japanese minimalism and mid-century modernism.

If accolades are suddenly everywhere—top shelter mags, invitations to speak at Ivy League schools—it comes after having been almost nowhere for a long time. A furniture-making venture that Tariku started in 2005 fizzled, so he returned to sketching and modeling on nights and weekends while working full-time as a data scientist. He paired his two endeavors—statistics and design—after a hunch that his inability to get traction in the design world was due to the color of his skin. He began a meticulous study of the concept in 2019. 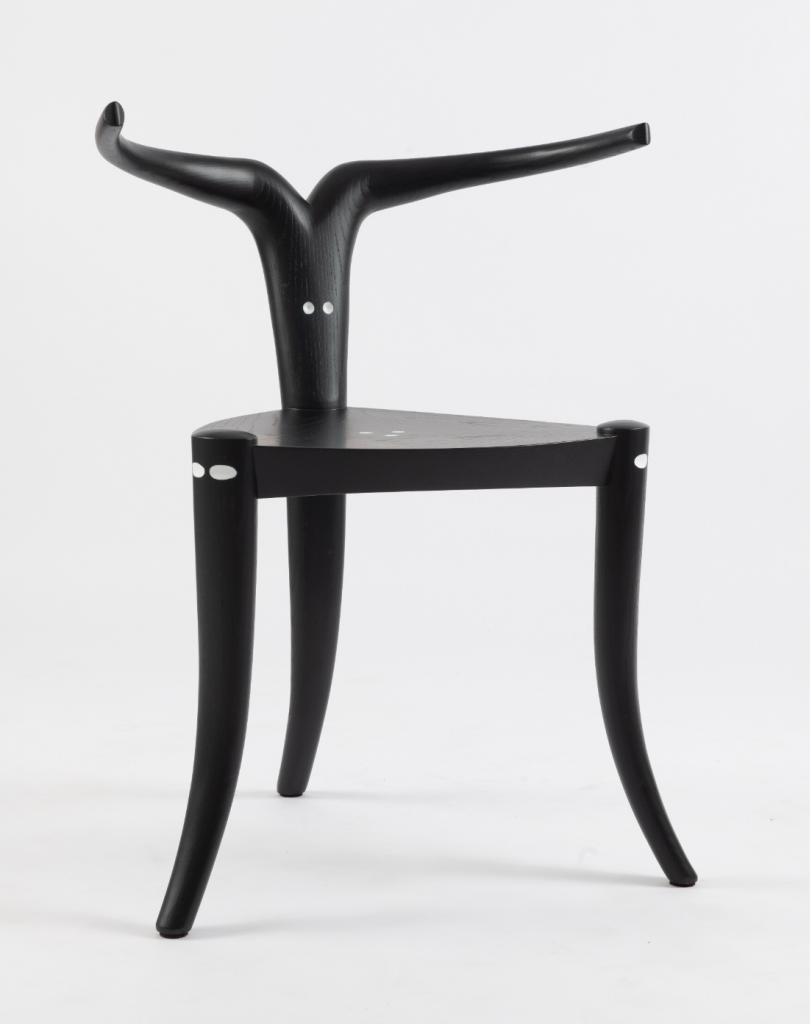 “I tabulated how many Black designers are being licensed and branded by the 150-plus furniture companies,” he said. Of 4,417 branded collections, he discovered that as of 2020, only 14 were by Black designers—about one-third of one percent. This, he realized, was why he believed that in his 20 years of making work, “Nothing was changing.”

Tariku co-founded the Black Artists and Designers Guild in late 2018, understanding that “we cannot make an impact one at a time, so let’s do something about it.” The power in unity pulsed, and interest in his work increased. He quit his day job this past summer to work on Jomo Furniture full-time. He’s looking for studio space large enough to permit him to make larger pieces, such as tables and bookcases.