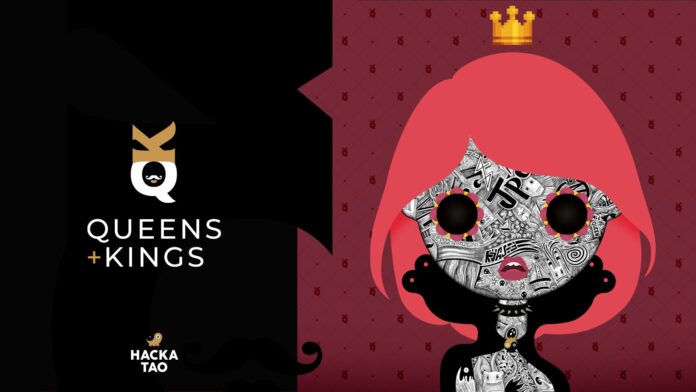 The possibilities of digital NFT art are almost limitless. People have been creating for 50,000 years, but crypto art is revolutionizing this area. Contemporary digital art gives us other ways to express ourselves in a new and interesting space. Many artists try their hand at NFT, but only a few manage to get real recognition.

Some NFTs look like real works of art, complex and sophisticated, while others look like trading cards like Pokemon. If you still don’t know any famous digital artists, then it’s time to get to know them!

We have selected for you the top 10 NFT artists who are involved in the life of the crypto space.

Beeple, or Mike Winkelmann, is one of the most famous digital artists at the moment. He is the creator of the popular NFT collage Everydays: the First 5000 Days, which was sold for an incredible $69 million. This piece took 13 years to complete and consists of 5,000 digital images that took another year to be combined and published. The best digital artists like Winkelman engage with audiences to create works that are both relevant and timeless.

Pak is an anonymous digital artist formerly known as Murat Pak. This popular NFT artist has been working in the fields of design, programming, technology and digital art for over 20 years. In early 2020, he released an NFT called Cloud Monument Dark, which was later sold for 3.5 ETH (or $788 at the time).

Then he released a collection of 13 NFTs as part of the SuperRare and Project X series, which were available only for 24 hours. Pak also launched a digital arts platform called Sotheby’s Metaverse to sell NFTs. The famous digital artist started selling the Merge collection on the Nifty Gateway platform. Merge was only available for a short period in December 2021. Back then, collectors could purchase an unlimited number of tokens. Sales amounted to almost 92 million dollars.

Justin Blau is a Vegas-based DJ and producer known as 3LAU. He is one of the leading NFT artists with an impressive musical heritage. Justin works as a musician. He auctioned the song “Waveform” through Christie’s in partnership with OpenSea. The buyer owns the only copy of the track, and he will be free to use it at his discretion. 3LAU’s impact on NFTs and the music industry was most visible with the launch of OMF, the first ever blockchain-powered music festival.

The famous digital artist was named the most valuable Canadian artist after he sold his first NFT, the Replicator, for as much as $4.1 million. Mad Dog Jones broke into the top 10 best-selling NFT artists in the world. His style could best be described as a fusion of cyberpunk and Japanese animation. In the NFT space, his work can be called the most recognizable. NFT Replicator can generate new NFTs every 28 days.

Replicator is not a standalone work, but a unique NFT composition that includes seven unique generations of artwork.

All Seeing Seneca is a graduate of the Rhode Island School of Design based in New York. The Art Directors Club awarded All Seeing Seneca with one of the most prestigious design awards, the Silver Cube. The artist is also famous for her collaborations with Banana Republic, New York Times and NPR. She recently became one of the most famous digital artists with her Bored Ape Yacht Club collection.

Her first five-piece NFT collection debuted at Art Basel Miami and fetched $100,000, while BAYC NFTs were sold at Sotheby’s for $24 million. These works eventually brought her fame and made her one of the most famous digital artists. All Seeing Seneca has created monkey designs and drawings that will soon reach $1 billion in secondary sales.

Matt and John are famous digital artists behind Larva Labs. Their most famous project, CryptoPunks, is one of the most popular NFT projects with over $550 million in sales during its existence. And although new works by Larva Labs regularly appear on the market, few of them have attracted buyers as much as the CryptoPunks project did.

Cool Cats is a collection of Ethereum-based NFTs. The first generation consists of 9,999 cats, created from over 300,000 combinations of different features and objects, such as bodies, faces, hats, and clothes. The creator of Cool Cats is a digital artist under the pseudonym clon. He also released other generations of Cool Cats.

Heavenly landscapes, vibrant colors and futuristic design are the hallmarks of Blake Catherine’s work. The digital artist lives in Los Angeles, where she creates her surrealistic works. Some of her best work is in the music and fashion industries, but her realm is dreamscapes and nature. Blake’s most famous work is her visualizer for the Panini track by Lil Nas X, which was featured in the CRYPTO TITS NFT collection.

Argentine-born artist José Delbo began publishing his work at the age of 16. Delbo moved to the US where he was inspired by westerns and classic American TV shows. In the 1970s, he began to dive into comics as well as television, adding science fiction, cartoons, and superheroes to his growing list of hobbies. In 2020, he released his first NFT project, an original comic called Death, in which the artist tried his hand at a new field of activity.

Like many other NFT artists, Hackatao is a collaborative project, a creative duo, as the name suggests. Hackatao has a unique style. This is one of the best NFT teams.

The Bob Marley ‘One Love’ Immersive Experience Will Touch Down in Los Angeles, Complete With a Silent Disco and Weed Garden