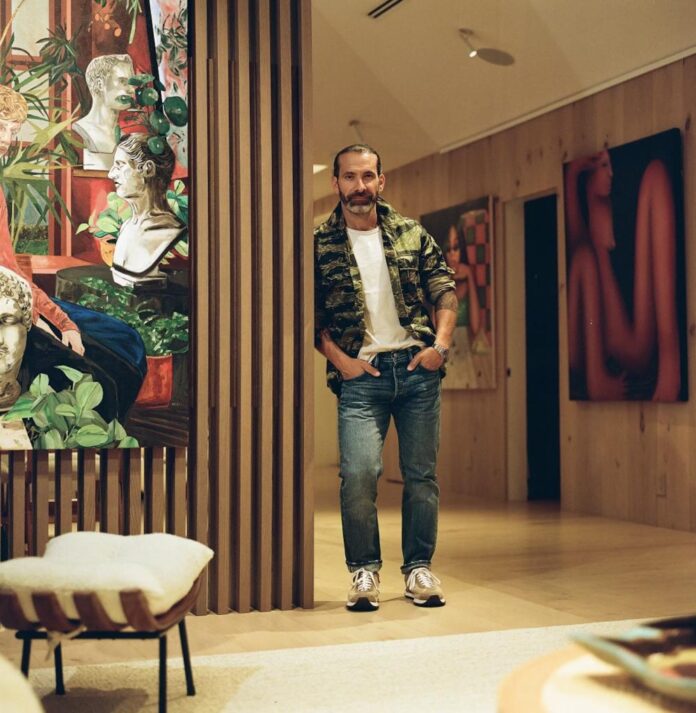 Next year, Miami will be gaining another art space with the opening of MAP Marquez Art Projects, a nonprofit foundation started by John Marquez, the collector, real-estate developer, and restaurateur behind Sushi Noz in Manhattan.

The foundation will house three galleries dedicated to rotating work from Marquez’s personal collection, as well as a space for individual exhibitions, kicking off with a show by abstract painter Cristina De Miguel.

“I’m naturally attracted to a lot of color and figuration. Figuration is my first love, but I’ve been leaning more towards abstraction,” Marquez said at his Coral Gables home at a cocktail party for De Miguel, hosted the night before Art Basel Miami Beach’s VIP opening.

If Marquez’s art-filled home is any indication of what might fill the walls of the foundation, one could anticipate sculptures by Raven Halfmoon, Jordy Kerwick, KAWS, Javi Calleja, Ryan Schneider, and Stefan Rinck, and paintings by Emily Mae Smith, Nicolas Party, Robin Francesca Willams, Alejandro Piñeiro Bello, George Condo, and Genesis Tremaine, among others.

“I’ve been buying a lot of abstraction like Marina Perez Simão and Lauren Quin. But its mainly figuration that I love—I love faces, I love eyes. And a lot of color,” he added. De Miguel’s vibrant figuration is a perfect distillation of that taste, with rampant colors and energetic bodies rushing over her canvases.

The 10,000-square-foot foundation will be in Miami Beach’s Allapptah neighborhood, near the Rubell Museum, at 2395 NW 21st Terrace. The original architect for the space was Terry Riley, the former chief architectural curator at the Museum of Modern Art who died last year, in the midst of the warehouse’s construction. After a brief hiatus, Marquez anticipates that the launch will come in spring of 2023: “We’re shooting for April or May.”

The idea for the space came about five years ago, when Marquez said his collecting really started to amp up. He began buying art in 2010, at first almost exclusively works by Banksy and KAWS. Then Marquez got in early with a few knockout up-and-comers such as Robert Nava, Jordy Kerwick, and Vaughn Spann, igniting his passion for emerging art. Around this point his collection grew to a size where he needed storage.

“I said alright, if I’m going to do it, why not just do a foundation and open it to the public?”

Marquez will now join other collectors who have decided to open up their collections to the public, including Lonti Ebers in New York through Amant, the De Menil collection in Houston, and, of course, the Rubell Museum in Miami. In fact, like the Rubell’s programming, MAP will also feature artist residencies.

“I just wanted to do it for the city, and to support young artists,” he said. “That’s really my passion.”