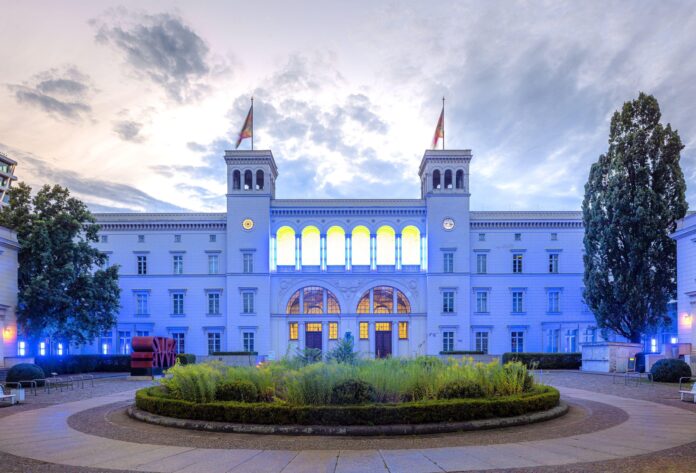 A site-specific commission by Dan Flavin at the contemporary art museum Hamburger Bahnhof in Berlin has been switched off for the first time after a 26-year run, as Germany tries to reduce electricity consumption in response to Europe’s energy crisis.

On 18 October the recently appointed joint directors of Hamburger Bahnhof, curatorial duo Sam Bardaouil and Till Fellrath, flipped the switch on US light artist’s Untitled (1996). Since the museum opened in 1996, the work had illuminated the building’s windows and stone façade in neon green and yellow lights: a bold proclamation of what to expect inside the 19th-century former railway station.

“It is important that we as an internationally renowned museum set an example in the current situation and make our contribution to saving scarce resources,” said an official statement from the museum’s co-directors posted online.

The move comes after an announcement in July by Bettina Jarasch, Berlin’s senator for the environment, that the architectural lighting for the city’s monuments would be switched off to conserve energy, among them the Brandenburg Gate and Victory Column.

While Flavin’s work is scheduled to be switched back on in April 2023, Fellrath told The Art Newspaper that there were other factors that also motivated their decision. “Anyone that has a public voice, whether in a small organisation, or the Hamburger Bahnhof as the national gallery of contemporary art, has the responsibility to use it wisely in contributing to the general questions of the society it operates in. In that sense, we do see it as one of our main tasks to lead the discourse on issues of sustainability, diversity, and inclusion.”

He added: “We are sure that many museums are asking similar questions at the moment, lastly also due the skyrocketing energy prices that will have a significant impact on cultural funding at large.”

The Hamburger Bahnhof does not have any plans to switch off further electrically powered works but is also complying with federal energy saving measures implemented by the German government this month.

Federal and state rules currently only apply to public buildings, however, members of the private cultural sector, such as Berlin’s video art collection the Julia Stoschek Foundation, are also voluntarily following suit. “From 1 November we will turn off our building’s exterior lighting from 10pm to 4pm. We want to contribute to a collective effort to save scarce resources,” Robert Schulte, the director of the Julia Stoschek Collection Berlin, told The Art Newspaper.