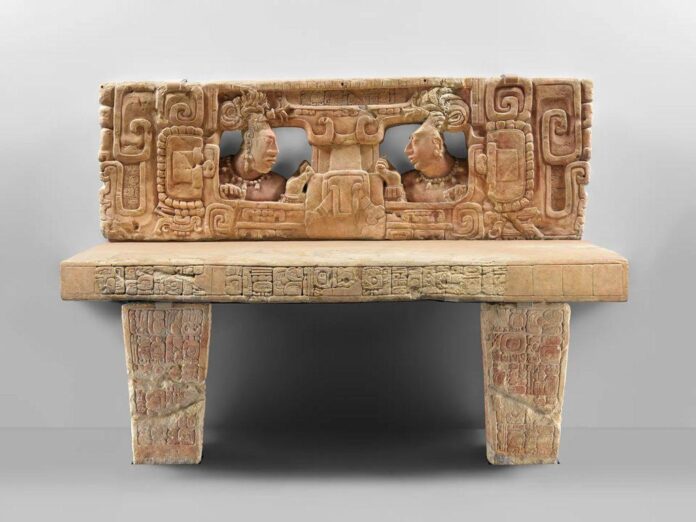 A imposing Maya throne is the star of an impressive exhibition, “Lives of the Gods: Divinity in Maya Art,” currently on view at New York’s Metropolitan Museum of Art. The rare antiquity is on loan to the New York museum thanks to institutional cultural diplomacy—but the deal doesn’t sit well with some of the Indigenous community in Guatemala, who are calling for its immediate return.

Normally, Guatemalan law prohibits the international loan of Maya artifacts for exhibitions. In this case, the Ministry of Culture and Sports allowed for an exception in exchange for the Met providing much-needed restoration on the throne and another carved Maya panel, both from the ancient Maya city of Piedras Negras.

The artifacts belong to the Museo Nacional de Arqueología y Etnología (MUNAE) in Guatemala City, which transported them to the Met in August 2021. They are scheduled to return at the close of the exhibition on April 2.

But according to an open letter written by Plataforma de Cultura Milenaria Maya and the Guatemalan Collective for the Defense of Heritage, addressed to Felipe Amado Aguilar Marroquín, the nation’s minister of culture and sports: “The Mayan pieces were exported against the will of the Aq’ijab’ [Maya religious] organizations, Indigenous organizations, institutions, and archeologists.” 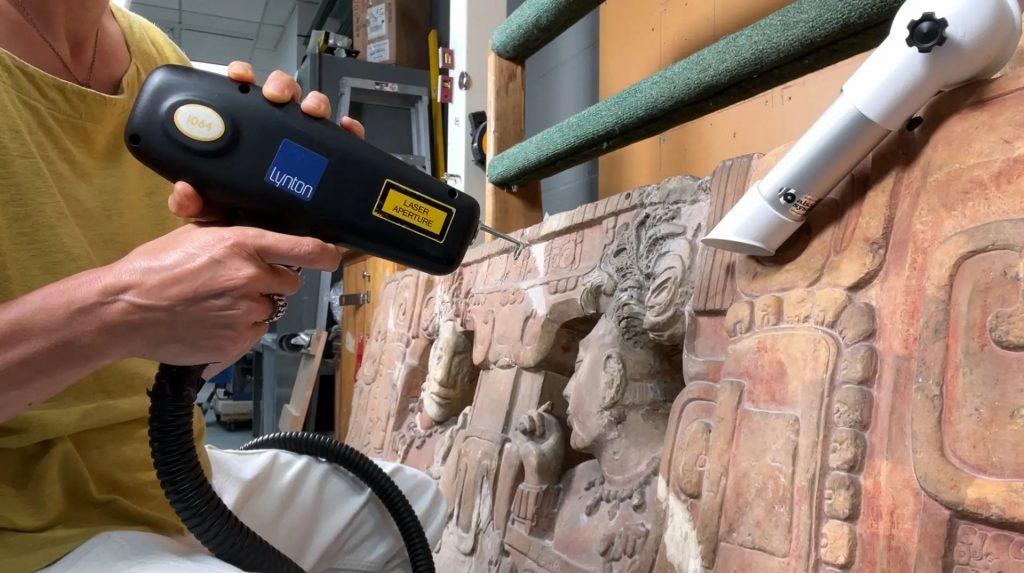 Conservators working on K’in Lakam Chahk’s Throne with two lords in the eyes of a mountain. Photo courtesy of the Metropolitan Museum of Art, New York.

The signatories claimed that their complaint regarding the temporary export permit was summarily dismissed by the prosecutor’s office against cultural heritage crimes. The group decried the loan agreements made “behind our backs, of which we are victims once again, the Guatemalan citizens and Indigenous Peoples who love our ancient culture, our sacred pieces and our archaeological remains.”

“These loans were approved by various governing bodies in recognition of the importance of the project’s research contributions, including a new identification of the stone, revelation of original pigment and perforations, as well as advancing other scholarship,” a Met spokesperson told Artnet News in an email. 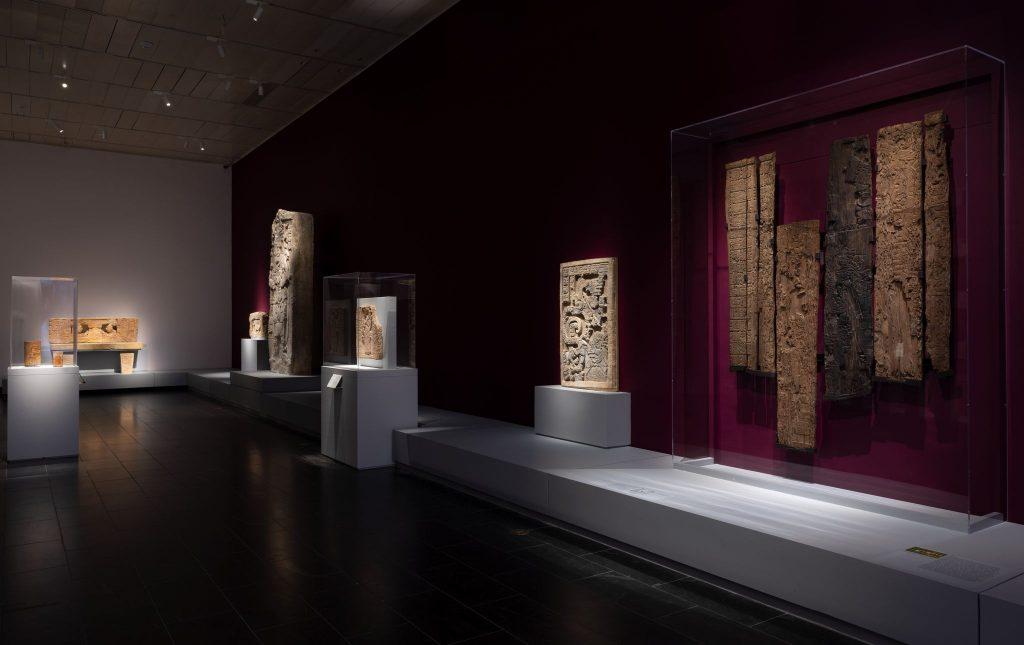 Nearly 1,240 years after its creation, the dusty pink dolomite throne—measuring six-and-a-half feet wide and nearly five feet tall—has a commanding, regal presence in the galleries, serving as something of a grand finale for the show’s nearly 100 works of Maya art.

Intricately carved by Maya artists K’in Lakam Chahk and Patlajte’ K’awiil Mo in the year 785, the work shows two heads in profile, placed inside the eyes of an animate mountain, identified in hieroglyphics as King K’inich Yat Ahk III and his courtier. The accompanying inscription speaks of the ruler’s divine powers—but he was deposed by a rival in 808, who smashed the faces on the ancient work. 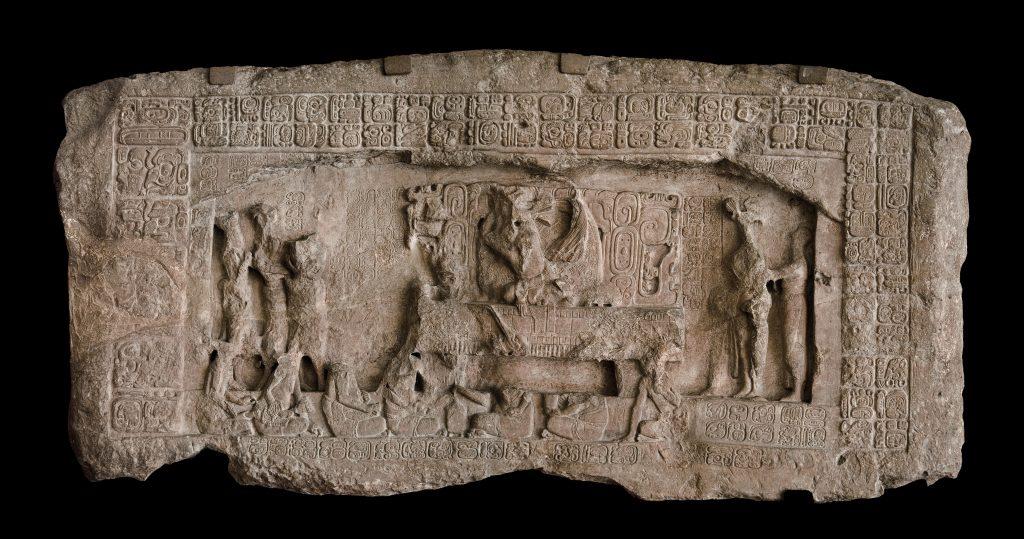 Restorers created replacement heads in the 1930s, but nearly a century later, the throne was long overdue for more technologically advanced treatments.

That’s why the Guatemalan government agreed to loan the piece to New York, where Met conservators spent eight months stabilizing, repairing, and cleaning the throne, working in close concert with both officials and members of the Maya community to ensure the restoration process was carried out with full transparency. 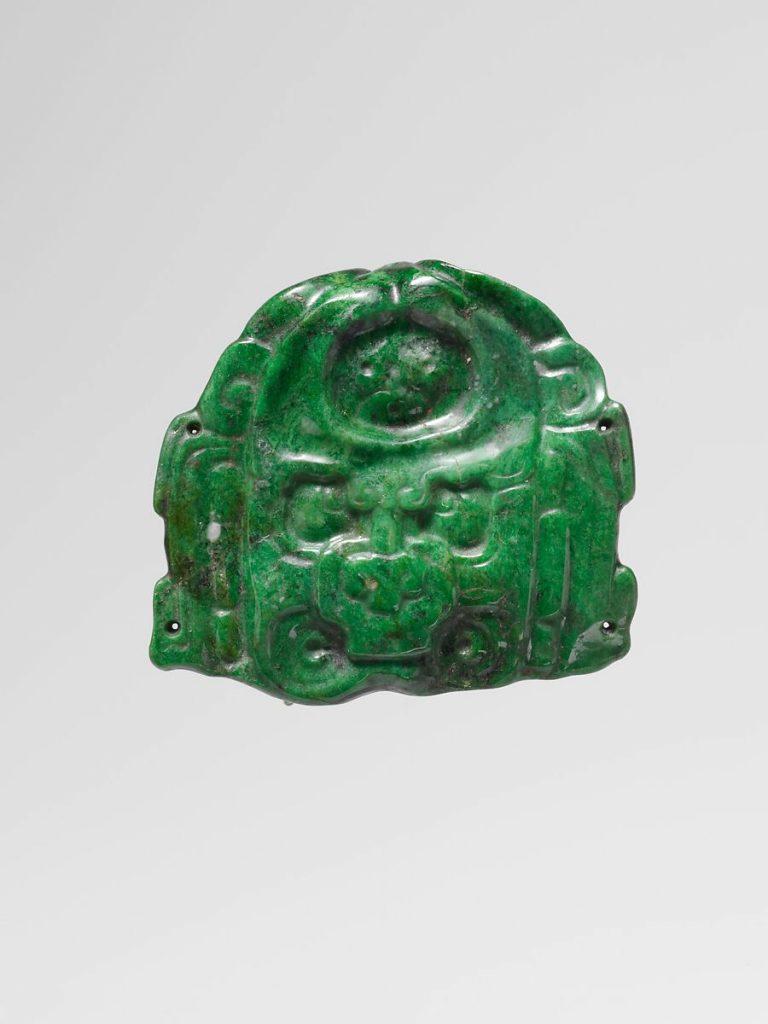 “It was a reciprocal agreement, and we made proposals ahead of every step to ensure that we were all aligned in our aesthetic approach,” conservator Carolyn Riccardelli told the , which broke the story. “We did that because ultimately it’s their work, and their project.”

But the letter rejects the idea that the loan was made in the spirit of the collaborative preservation of cultural heritage, calling out “the deception and mockery” and warning that “we are vigilant of the actions of the corrupt rulers, of the excesses they carry out, who twist the laws when they see fit.”

Restoration work involved removing a thick layer of dust, filling gaps with plaster filaments, and conducting a contactless laser cleaning that restored its rosy color. Conservators also removed the throne from a makeshift concrete backing, and affixed it to a steel base, allowing it to stand unmounted once again. 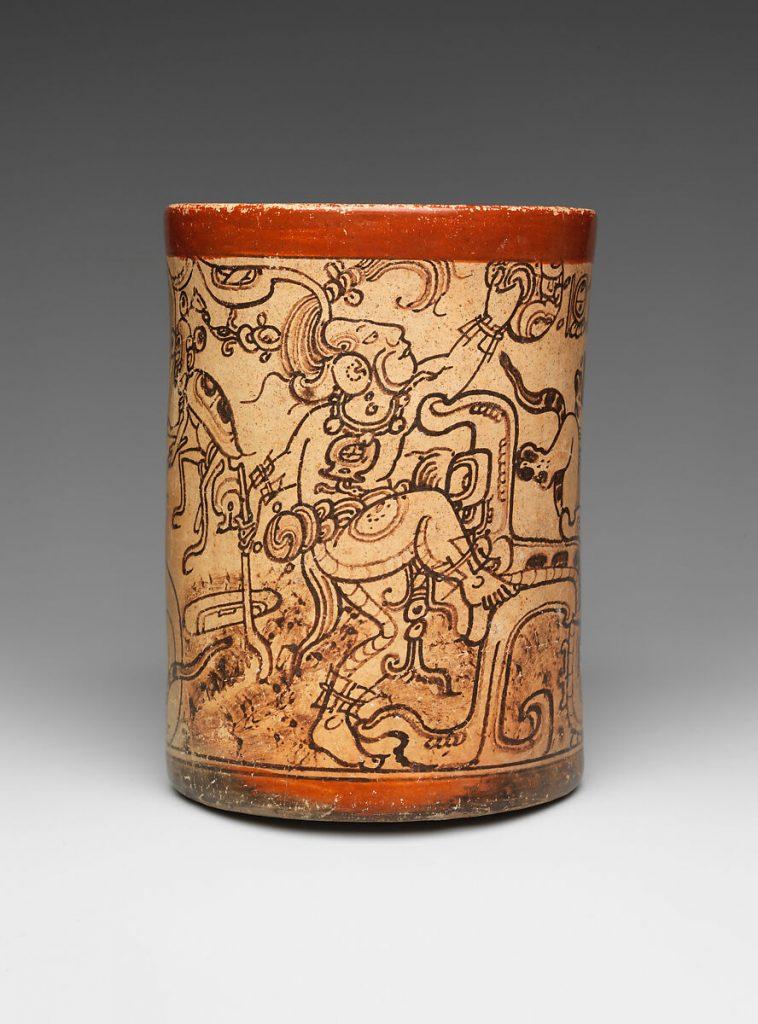 The first major exhibition in the U.S. dedicated to Maya art in a decade, “Lives of the Gods” features pieces from the period 250 to 900, hailing from Belize, El Salvador, Mexico, Guatemala, and Honduras.

The works range in scale from tiny miniatures that fit in the palm of your hand to monumental sculptures, in jade, obsidian, limestone, and delicately painted ceramic, among other materials. Each work portrays divine figures with sophistication and mysticism, illustrating the role of gods in the Maya understanding of their world. The throne is included in the final section, in which kings and queens are depicted with divine attributes.

Pia Camil’s Art About Global Commerce Made Her a Star. Now, She’s Turning Her Focus to Another Kind of Exchange—Between Humans and Other Species