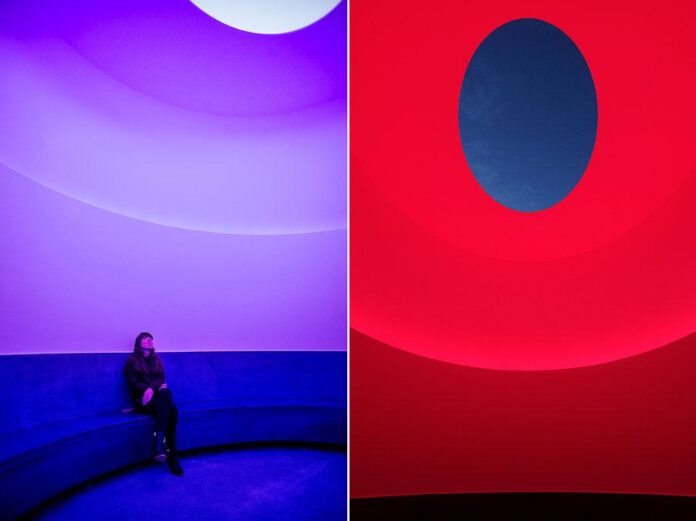 An avid pilot that considers the sky his studio, American artist James Turrell has shaped much of his career around the ethereal matter of light, air, and space. Works like the ambitious challenge the parameters of human perception on a grand scale. Arguably the renowned American artist’s most significant contribution has been the innumerable Skyspace installations he’s conceived and realized throughout the world. Whether carved out of a museum’s architectural volume—like at New York’s MoMA PS1—or staged as a pavilion, these enclosed environments all feature open roofs carefully framing the heavens above. Visitors are invited to enter and sit for a while to experience changes in color and cosmic movement. The meditative process helps them find grounding and reconnect with nature in unexpected ways.

Conceived with the technical expertise of architecture practice A-Works, is the 82nd iteration of its kind. The monolithic pavilion was commissioned by Øystese, Norway’s Kunsthuset Kabuso, and Voss Museum to situate in a park along the Hardanger Fjord and Hardangervidda mountain plateau. The northernmost Skyspace to date, this latest installation interacts with acute seasonal fluctuations. Turrell was careful to position the piece so that it could best engage the dramatic setting. 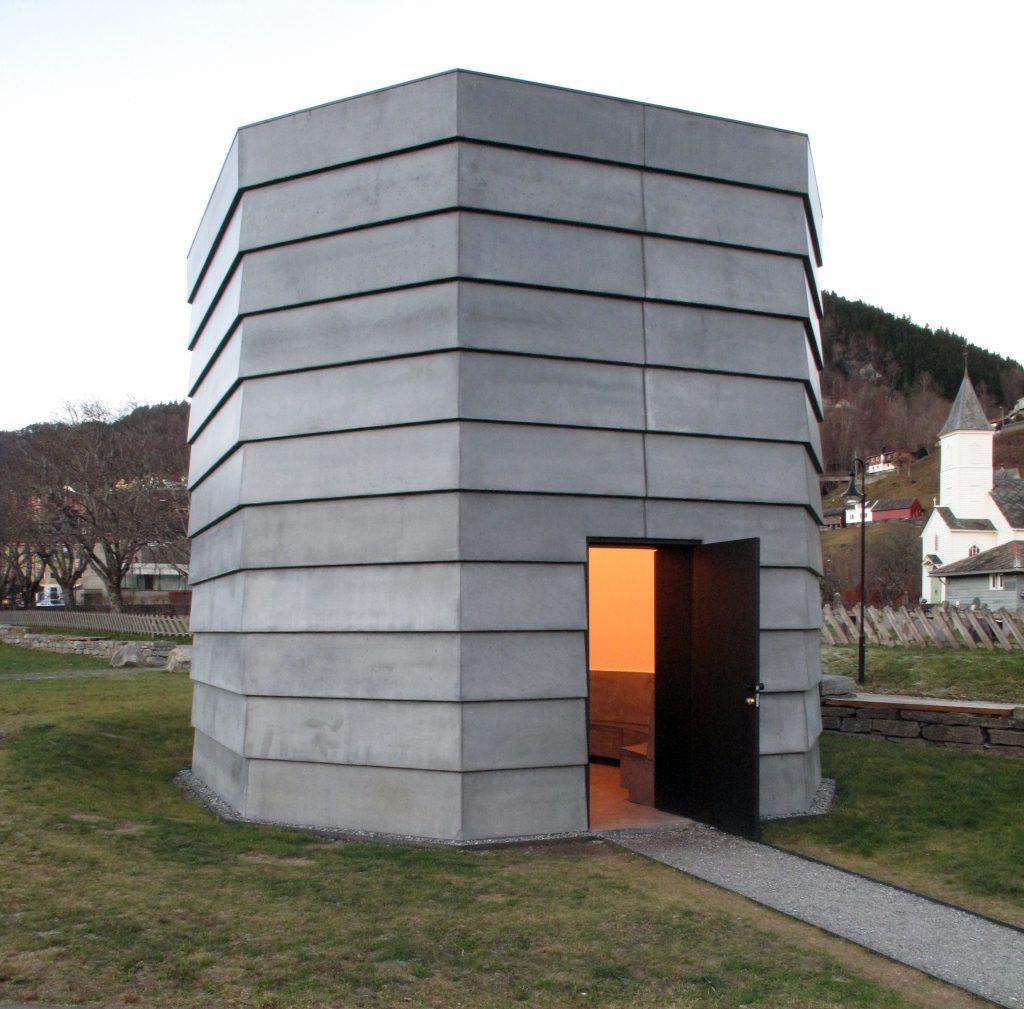 A-Works principal Cristian Stefanescu played an integral role in designing the permanent structure, achieving the artist’s mission while also reflecting various contextual touchpoints. A specific strain of slate sourced in the region was selected to evoke the shiplap siding of a nearby church. From a distance, the sculpture of sorts resembles this building but on closer inspection, proportions skew and the work emerges as a much taller stacked-stone totem. Choosing the right coloration was essential to creating this illusion.

“The whole work of art functions as a precise perception of light as a physical presence,” he said. The devil was in the detail as the two envisioned a space that not only outlines the sky but that also takes on specific material and formal qualities itself. Measured down to the millimeter, prefabricated concrete components were meticulously fitted into place. These considerations were vital to the overall concept. “The poetic is often known as a bohemian idea, something that just comes to you. I reject this idea. Something that is precise but appears imprecise involves a high degree of precision and knowledge of technical processes, pigmentation, prototyping and art of thinking. Creating atmosphere is a ‘hard-core’ technical knowledge.”

The octagonal enclosure can only be entered through a door that becomes apparent once visitors have reached the end of a dedicated pathway. An unexpected all white oval-shaped interior shuts off from the immediate surroundings. Curved benches blend in seamlessly with the cast concrete walls to accentuate the contour of the aperture above. As gains purpose through activation, the shifting patterns of natural light are brought to the fore.