Home News Just a Third of Museums Are Investing Their Endowments in Socially Responsible... 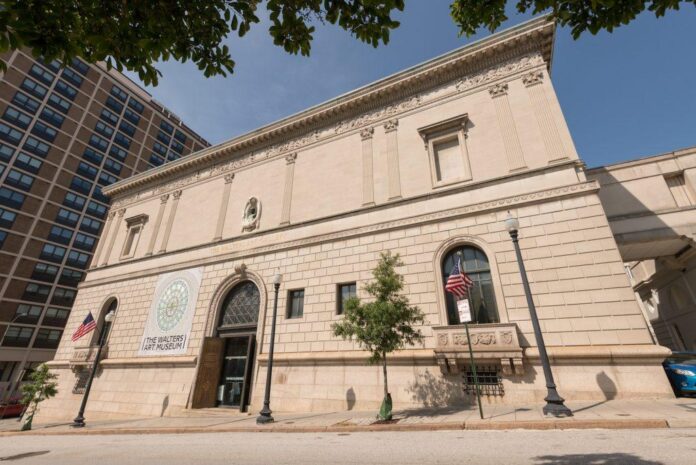 Numerous protests, panels, and op-eds in recent years have centered around the question of whether or not museums should accept funding from toxic sources. But what about the ways the museums are using the money they already have: Are they using it to effect positive change in the world—or are they adding to its problems?

This is the question being asked by ​​Upstart Co-Lab, a New York-based nonprofit advocating for impact investing—that is, investment with the goal of creating social change in addition to financial return—within the creative economy. Last month, the organization released a report on the topic, for which it surveyed 61 independent museums in the U.S. with a combined $10 billion worth of endowment assets.

“It’s been fascinating to me that folks have been protesting tainted donations but haven’t realized where the real money is, which is already within the control of the museums through their endowments,” Laura Callanan, a founding partner of Upstart Co-Lab, told Artnet News.

“It’s headline-grabbing to go and glue your hand to a painting,” Callanan went on, referring to recent demonstrations by environmental activists in Europe. “But the real opportunity for the art world to address climate change or any other issue… is to make change in the investment policy of museum endowments.”

Of the 61 participants in our survey on #impact #investing at art and design #museums, the top concern was the availability of diverse, quality investing products. That concern was justified 25 years ago, but our report puts it to rest today: https://t.co/xAUh8krxby #impinv #art

Because of the stipulations governing how they’re spent, museum endowments have a reputation as being a static asset: a big pool of money gathering dust in a vault. In reality, institutions grow their endowments by investing them.

The problem, according to Callanan, is that most museums invest in public equities and index funds, putting those institutions adjacent—if not in direct connection—to companies that traffic in fossil fuels, tobacco, weapons, and private prisons.

“If you’re not making the effort to be thoughtful about who’s investing your money, it’s probably going to be a lot of white guys,” said Callanan. “And if you’re not thoughtful about what actual funds and companies you’re invested in, you’re probably invested in things that don’t really align with your institutional commitment to sustainability or diversity, equity, and inclusion.”

Among the museums surveyed for Upstart’s report, just 31 percent currently have impact investment strategies in place, while only 35 percent have women or BIPOC fund managers overseeing their endowments. Both numbers fall significantly behind those reported by similarly-sized universities and foundations, according to the study.

Fortunately, progress may not be not far off, said Callanan. Her organization’s report suggests a number of small steps institutions can take toward more effectual investing, including recruiting new board members with expertise in the area and identifying different strategies with investment firms.

“Every major financial firm on the planet is offering these opportunities to their clients now,” noted Callanan. “If it’s good enough for Larry Fink to sell it to the clients of Black Rock, you would think that MoMA should also be considering how this could be part of their own investment strategy for their endowment.”

When asked about trendsetters in the field, the Upstart partner pointed to the Walters Art Museum in Baltimore. Over the last five or so years, the mid-sized museum has hired diverse fund managers; brought new, socially responsible investing strategies into its portfolio; and invested in funds that back Baltimore-based companies, effectively supporting jobs in its home city.

This is a blueprint other museums can look to, said Callanan. “They went from identifying values around [Diversity, Equity, and Inclusion] to being thoughtful about what kind of companies they’re actually putting their money into, to then becoming an anchor institution in the city of Baltimore.”

Other institutions highlighted in the Upstart report include the Brooklyn Museum in New York, the Toledo Museum of Art in Ohio, the Crocker Art Museum in California, and National Gallery of Art in Washington, D.C.

“Museums will help chart a path to a more equitable future not only through the artists they present and the audiences they engage, but by what they invest in and who they hire to manage those investments,” said Darren Walker, president of the Ford Foundation, in a statement included in the Upstart report. (Callanan also identified the Ford Foundation as a leader in institutional impact investing.)

“It’s possible to make investments count for the mission, as well as the bottom line.”

Helen - August 17, 2022 0
Banksy is a true genius of the street art movement. The art community and its many fans agree with this fact. His...