Home News Long-Lost Remains of the Last Tasmanian Tiger Have Been Found in an... 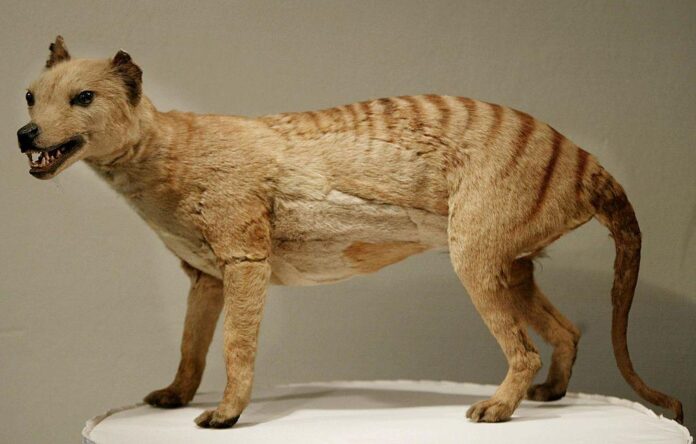 A decades-long search for the remains of the last-known Tasmanian tiger has finally ended after the animal was found in a cupboard in an Australian museum.

The tiger, also known as a thylacine, died at the Beaumaris Zoo in Hobart in September 1936. But the zoo’s records did not document the whereabouts of the tiger’s remains and experts feared that the animal’s skeleton and skin may have been discarded.

As it turns out, the remains had been handed over to the Tasmanian Museum and Art Gallery in the same year as the animal’s death but were never properly cataloged and so remained hidden in storage.

“For years, many museum curators and researchers searched for its remains without success,” recalled Robert Paddle, a scientist who has authored a book on the extinction of the Tasmanian tiger, during an interview with the Australian Associated Press.

Paddle teamed up with the curator of vertebrate zoology, Dr. Kathryn Medlock, to launch a new search. They got off to a promising start when, going through a taxidermist’s report from the museum’s 1936/37 annual report, they found a thylacine listed among the various specimens that had been worked on that year.

The next step was to review all the existing thylacine remains in the collection against the catalog. “We tried to work out which specimens we could trace to something,” said Medlock. “There was just a skeleton and flat skin left over.”

The specimen had gone undetected for decades because it had initially been prepared for educational rather than research purposes. In fact, it had at one time accidentally been used to teach students about marsupials.

Humans hunted thylacines during the European colonization of Tasmania because it was believed they were attacking livestock. The last was an old female tiger who had been illegally trapped from the wild in May 1936 and sold to the zoo, where it lived for just a few months.

Finally freed from a cupboard, the last-known thylacine is now on public display at the museum.