Home News Microsoft Is Unveiling Its Own A.I. Art Generator, Powered by a DALL-E... 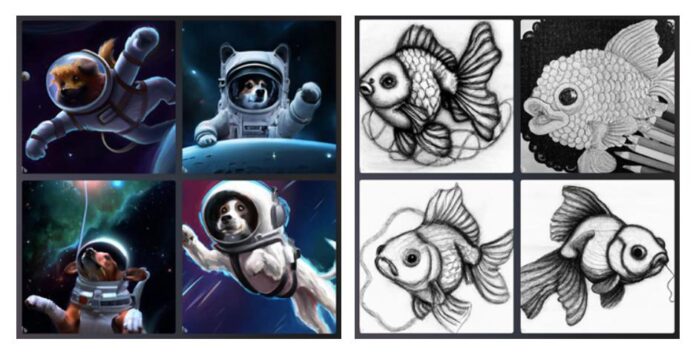 Microsoft is launching a new A.I. art generator—and using an algorithm from DALL-E 2 to make it possible.

Like DALL-E and other A.I. programs such as Midjourney or DreamStudio, Microsoft’s Image Creator spits out a handful of custom images based on user-provided text prompts. The technology works best when you feed it a description, location, and art style you’d like to emulate, the company noted in a blog post announcing the project.

“Dog astronaut launching into space, digital art” is the example they offered up.

Image Creator is available in some markets now through Microsoft’s Bing search engine, and will soon be accessible through its Edge web browser, and new Designer graphic design app.

Powering the new tool is the algorithm designed by ​​OpenAI for DALL-E 2, a genre-defining A.I. generator that’s become a viral sensation many times over—even though it’s still in a beta phase.

That Microsoft is attempting to board the hype train is no surprise. A.I. image technology has dominated the discourse around art production in 2022, fueling debates about authorship, censorship, and copyright. Think back to this summer when an A.I.-generated illustration took first prize at a state fair, or September when Getty banned such images from its website.

Indeed, come December, when Artnet News looks back at the trends that defined the previous 12 months in the art world—as we do every year—there’s a good chance A.I. art will top the list.

AI image-generating technology has proved controversial for other reasons, too—for its algorithmic biases, for instance, or its capacity to generate scenes of violence or sexual abuse. Microsoft, for its part, says it is developing Image Creator with both issues in mind.

The company explained that it will prohibit offensive prompts from being used to create images and that OpenAI has removed examples of upsetting content from the dataset used to train the model.