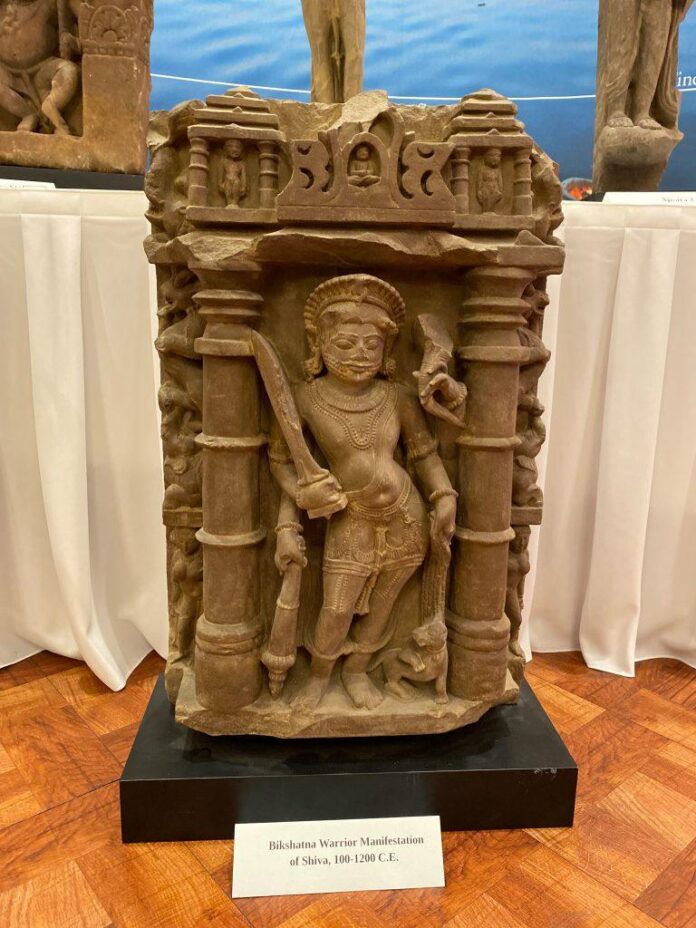 Hundreds of looted antiquities worth some $4 million were returned to India earlier this week, in a ceremony held at the Indian Consulate in New York. More than 235 of the objects were seized as part of the New York District Attorney’s ongoing investigation into disgraced dealer Subhash Kapoor and others tied to known traffickers Nancy Wiener and Nayef Homsi.

“These antiquities were stolen by multiple complex and sophisticated trafficking rings,” D.A. Alvin Bragg said in a statement, adding that “the leaders showed no regard for the cultural or historical significance of these objects.”

Kapoor was first arrested in Germany in 2011 as part of a wide-ranging operation known as Operation Hidden Idol. He subsequently stood trial in India, where he was jailed in 2012. At that time, authorities alleged that Kapoor had kept around $100 million worth of stolen art in storage facilities, and thousands of artifacts and artworks have been recovered since his initial arrest.

Bragg’s office filed criminal charges against Kapoor in 2019 for operating a $145 million smuggling ring over three decades, during which he was seen as a respected member of the New York art and antiquities trade. One of the works returned earlier this week was the , a 12th to 13th century antiquity smuggled from India to New York in May 2002 at Kapoor’s behest. Kapoor then sold the $85,000 piece to the Nathan Rubin-Ida Ladd Family Foundation, which donated the work to the Yale University library in 2007.

Another object, the , dating to the 11th century, was linked to Nany Wiener, who sold looted antiquities with her late mother, Doris, in New York. Wiener was arrested in 2016 and pleaded guilty in 2021 after she paid $1.2 million in forfeitures and fines.