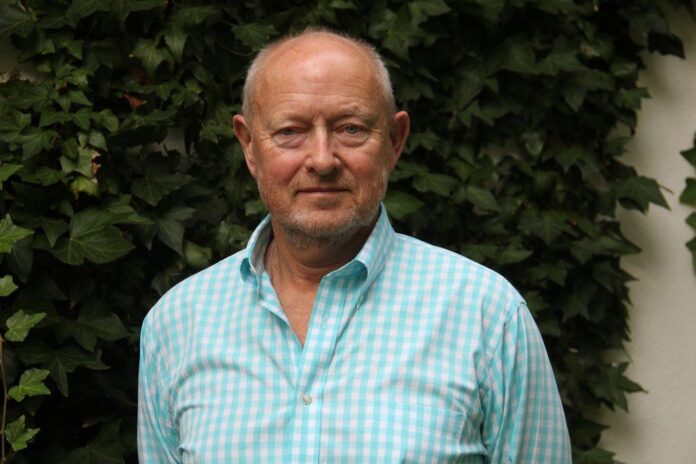 Mosaics Destroyed in Ukraine War Recreated for Exhibition – The British Council and the Ukrainian Institute are collaborating to showcase 56 “monumental” mosaics created by Ukrainian artists between the 1960s and 1980s that have been destroyed by Russian shelling. “Discover Ukraine: Bits Destroyed” is on view from August 26 to 29 at the Greenwich+Docklands International Festival. ()

Medieval Craftsmen Are Helping to Rebuild Notre Dame – The Guédelon Castle in Treigny, France, is helping experts restore Notre Dame, which suffered from a devastating fire in 2019. A number of companies that are bidding to manage the reconstruction of the Parisian church, which dates back to the 13th century, have reached out to carpenters trained at Guédelon, which bears similarities to the original construction of the Notre Dame. ()

Fertilizer Plant Endangers Aboriginal Rock Carvings – Australia has approved plans for a $3.1 billion fertilizer plant in the Pilbara region despite concerns that it could damage nearby sacred Aboriginal ancient rock art. The Murujuga Aboriginal Corporation, which represents the five traditional owners of the land in Western Australia, agreed that a number of rock carvings could be moved safely to an adjacent site. ()

Activists Cuff Themselves to Chapel Banister in Padua – They’re at it again! Climate activists from the group Ultima Generazione chained themselves to a railing at the Scrovegni Chapel in Padua, Northern Italy, for their latest climate protest. “We ask museum workers to strike with us and to position themselves clearly against the use of fossil energies, and also [stand up] in defense of our cultural heritage,” the group stated. ()

Columbia Architecture School Names New Dean – Andrés Jaque, founder of the New York and Madrid-based Office for Political Innovation, will take on the role of dean at Columbia University’s Graduate School of Architecture, Planning, and Preservation. Jacque, who succeeds Amale Andraos, will begin his new role on September 1. ()

Pre-Viking Arrow Unearthed in Norway – An arrow dating back 1,500 years before the age of the Vikings was found by Norwegian explorers in a melted ice patch in Norway’s Jotunheimen Mountains in Innlandet County on August 17. The artifact was said to be in an “awesome” state of preservation. ()

James Webb Telescope Captures Stunning Views of Jupiter – The famed telescope has captured Jupiter in infrared light, offering us unprecedented images of the Great Red Spot—a storm so large it could swallow Earth—as well as a pair of moons and auroras located at the north and south poles. ()

From abortion to LGBTQ rights and racism: US politics feature heavily in Miami Art Week