One of the most famous fashion photographers, Helmut Newton, was sometimes called a man who likes to look at others. The master often said that his photographs are himself, his fantasies and desires, and added: “Photography never lies, but mine – always. They are like stories that have no beginning, middle, and end”.

Helmut Newton became a classic in his lifetime. The characteristic features of his style – sharpness and clarity of lines. Even with the advent of color and digital photographs, he remained faithful to the precision of monochrome and provocative aesthetics. It was a real honor to work with Newton for any celebrity, and so throughout his life, he created many quite unique photos of famous actors. 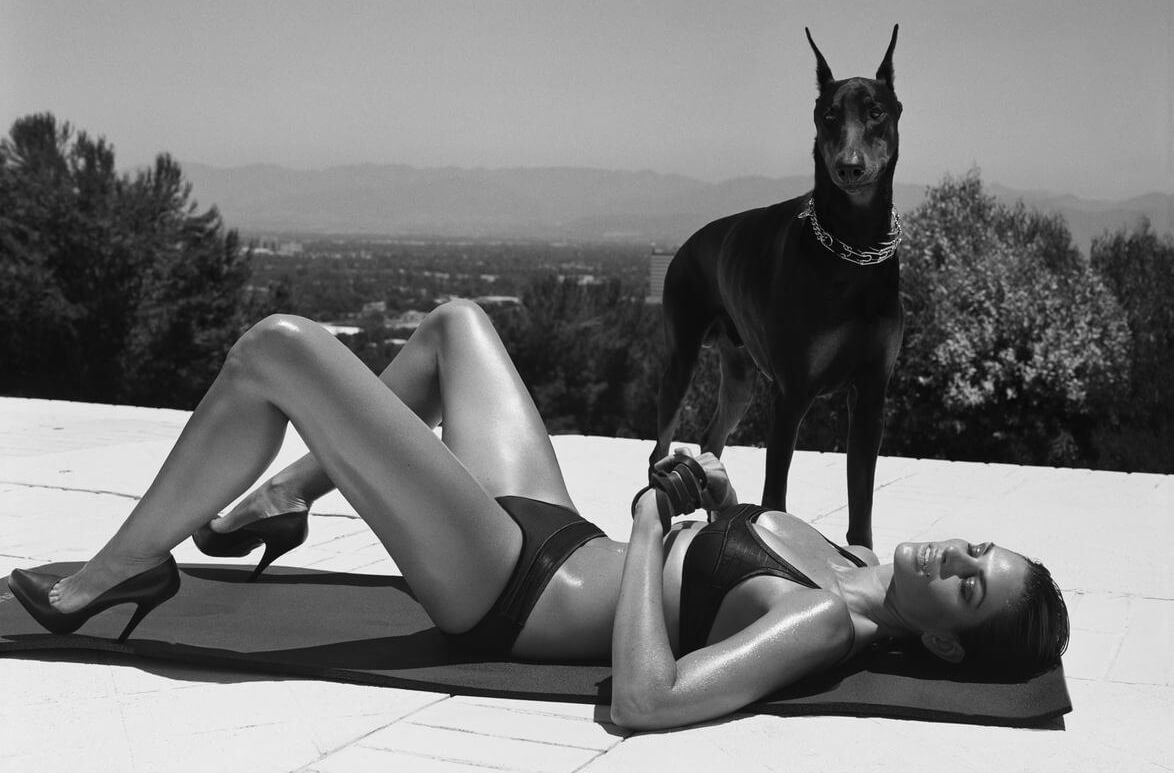 Many of you probably know this picture. It’s called “A Dame and a Doberman”. It shows a naked Cindy Crawford. It is one of the business cards of a famous German master. The main secret of the popularity of his photographs was the motto “Sex helps to sell”.

In the ’70s his works were called “pornographic chic”, sex and aggression from different angles became a real philosophical study of Newton. Pictures “on the verge” – collars, whips, belts; blood and provocative poses, indecency in all its decent splendor. Helmut Newton lined up every frame, as the architect lays out the plan of the building, taking into account every detail. So his photographs must have been the pinnacle of photographic art. 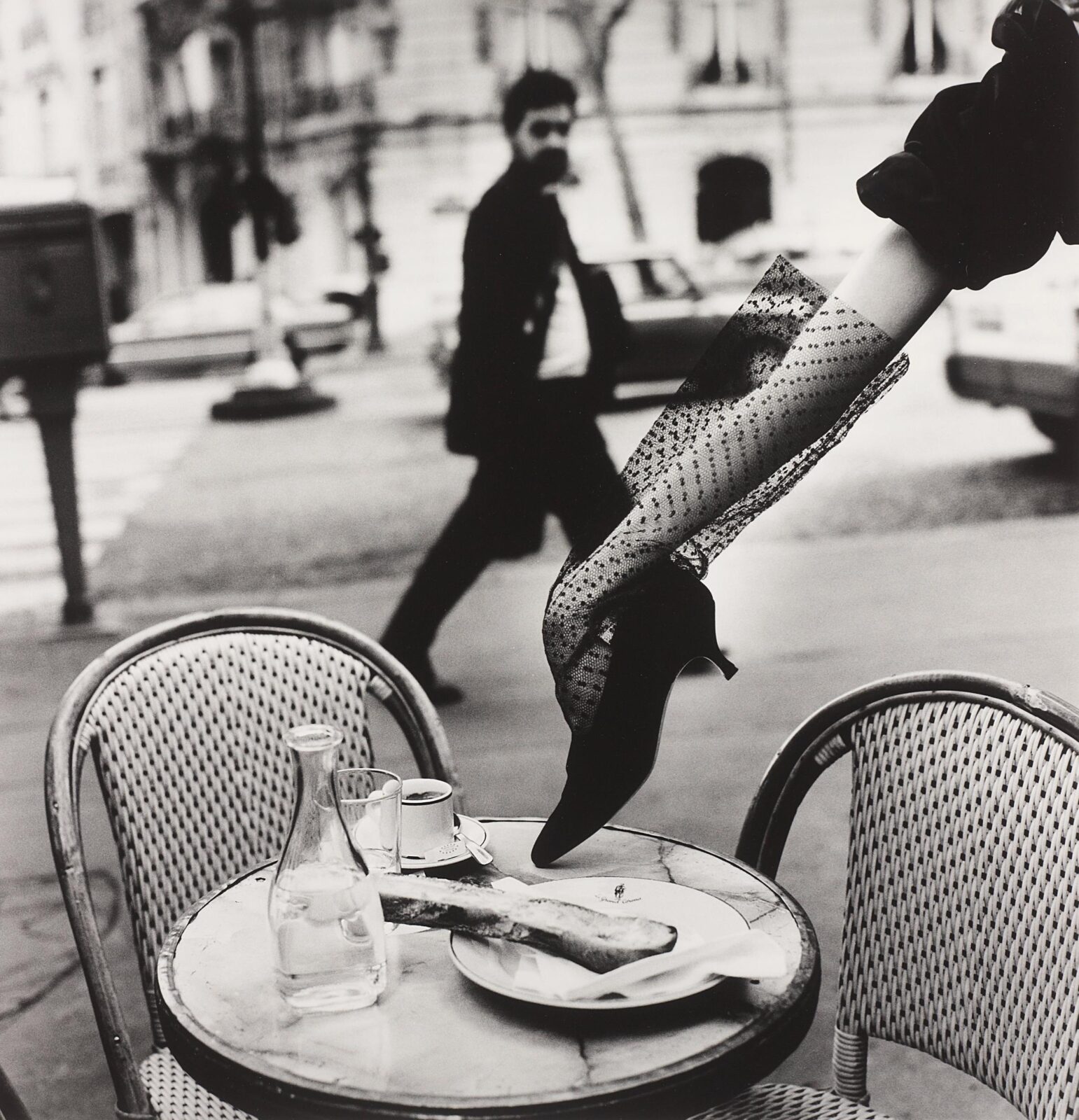 In the ’80s, he shot a lot of stars. He took the shots of Elizabeth Taylor, Twiggy, Catherine Deneuve, Andy Warhol, Sting, Sophie Lauren, Monica Bellucci, David Bowie, Julia Roberts. Later, he will be the one to make the famous portraits of Salvador Dali and Margaret Thatcher. The number of his awards is off the charts, as is the number of brilliant shots. In 2000, he presented his native Berlin with a unique collection of XX century celebrity portraits in the number of… 1000 pieces! 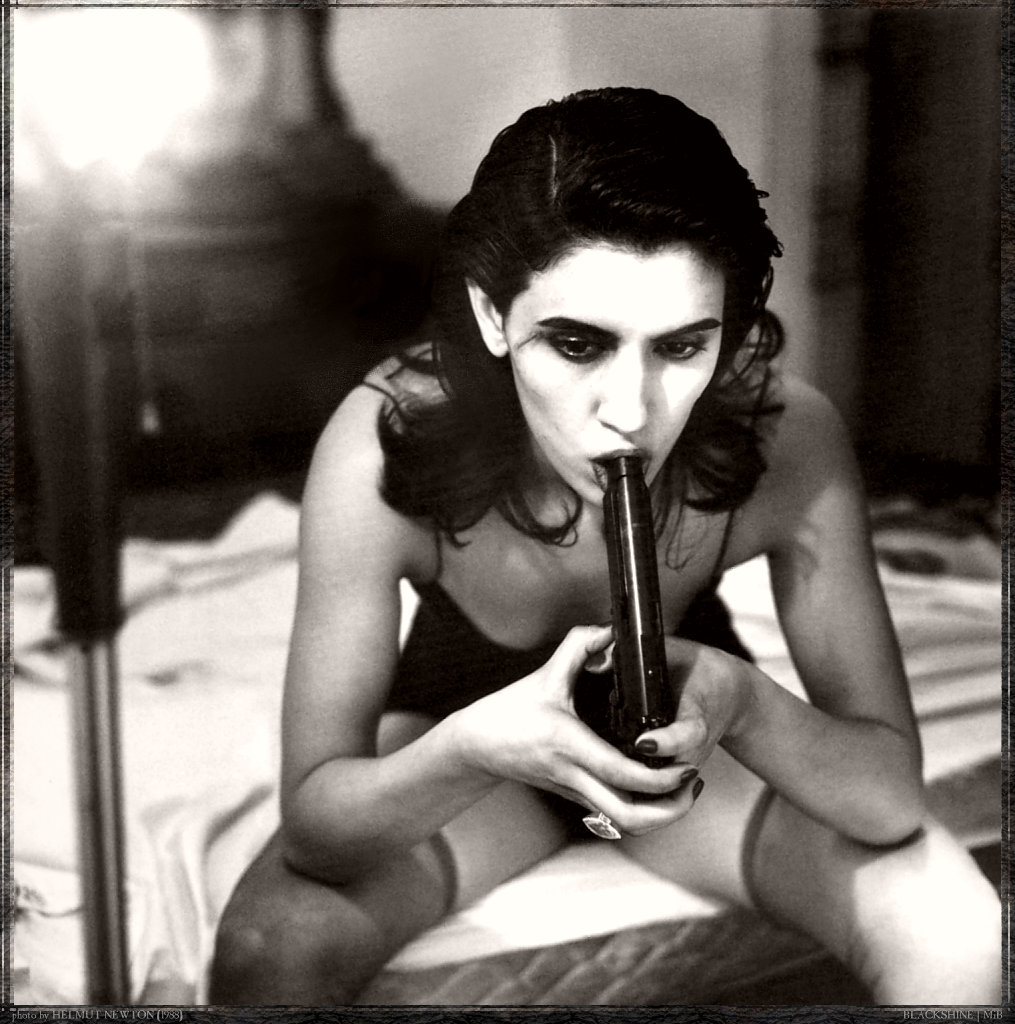 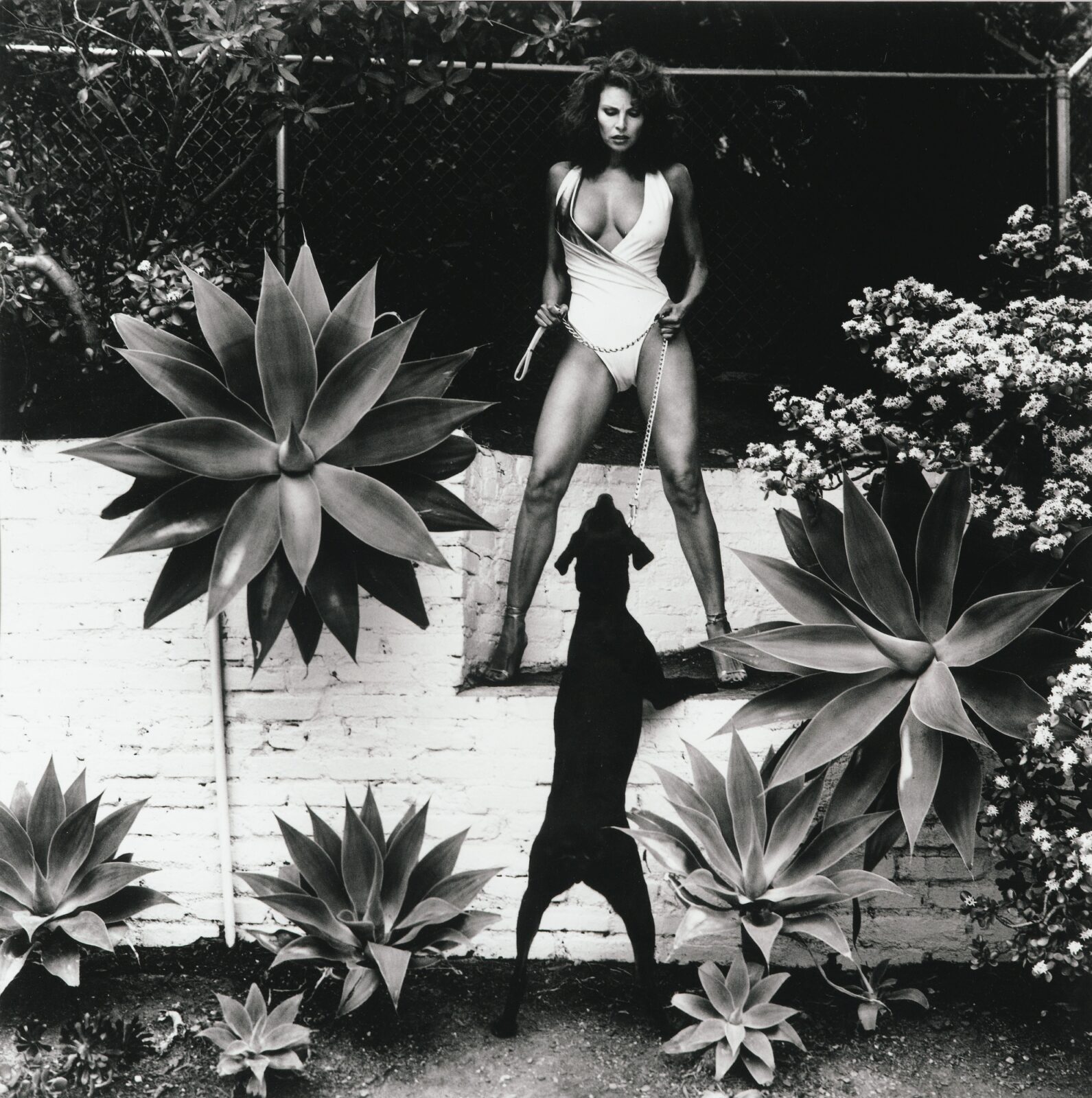 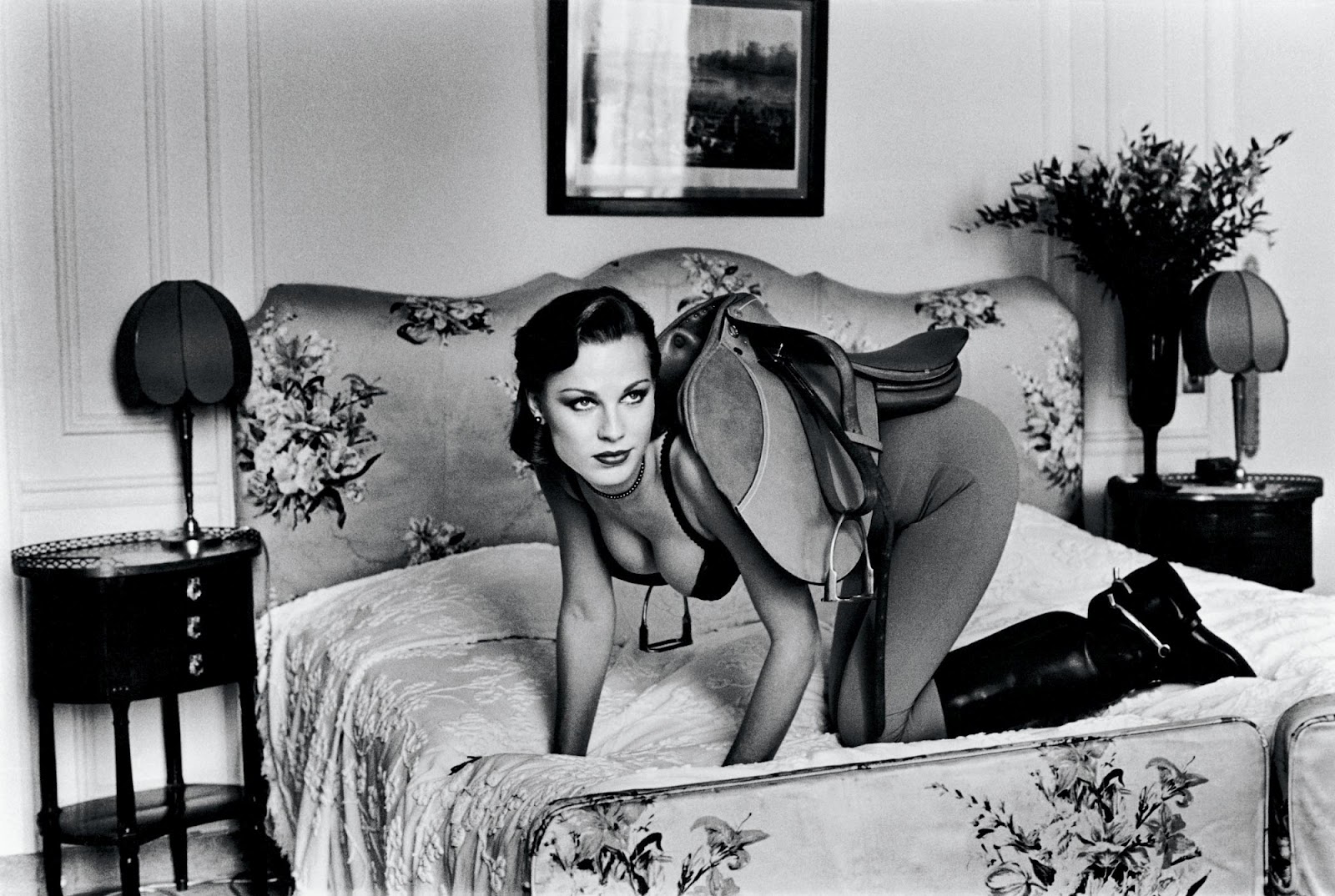 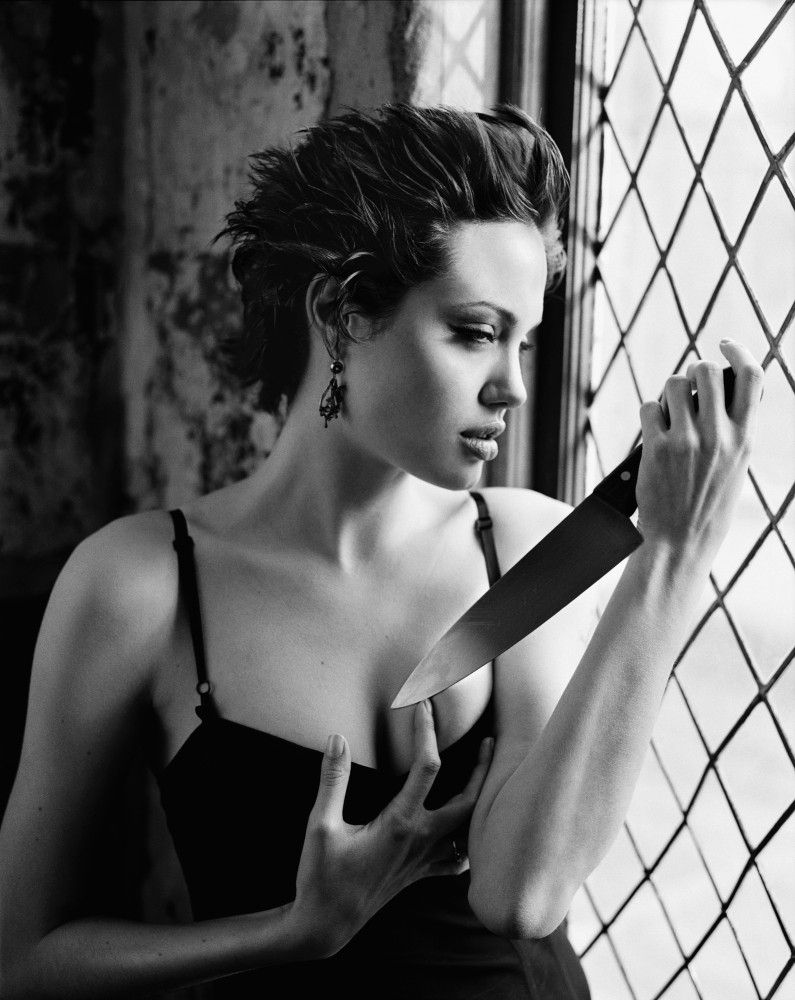 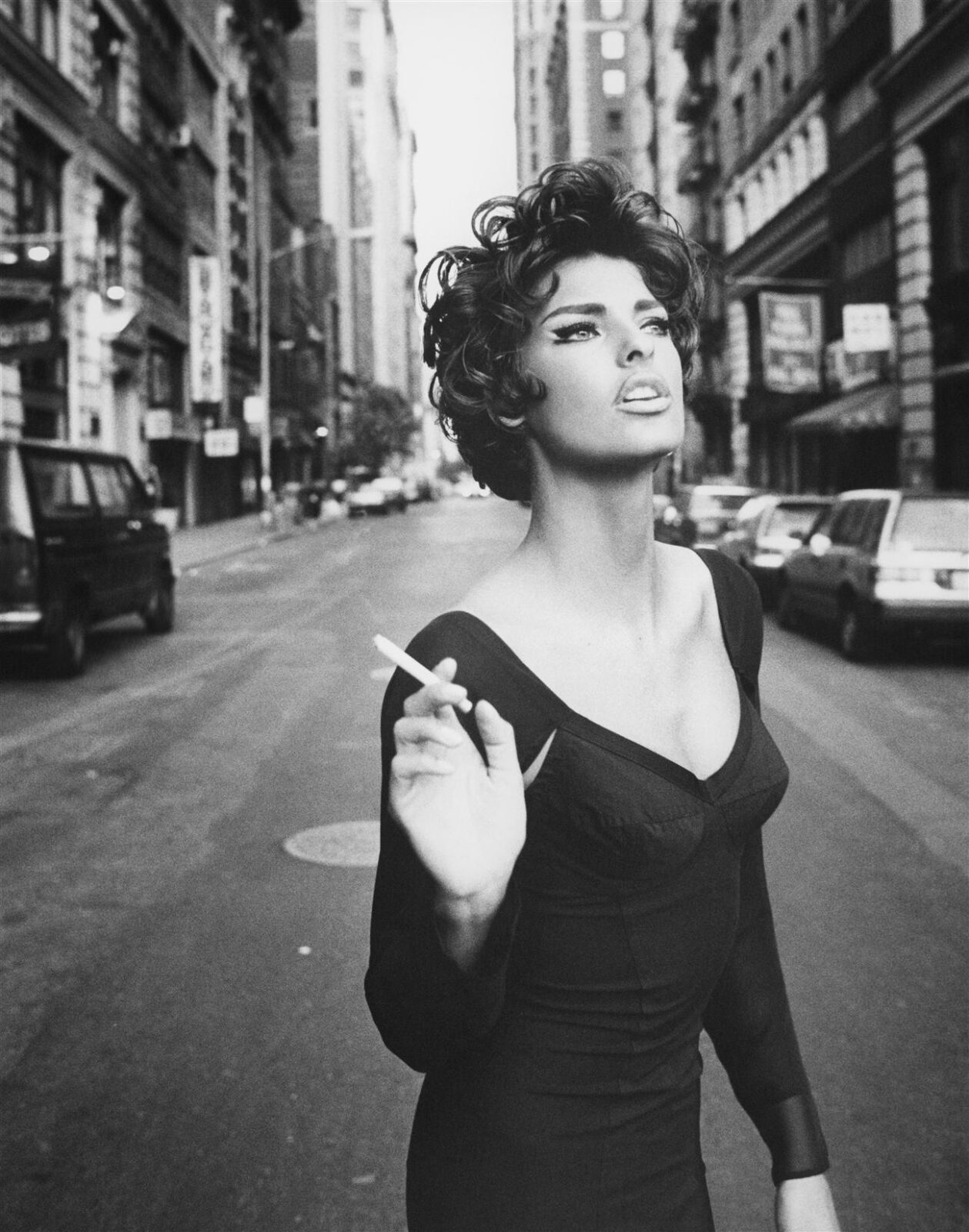 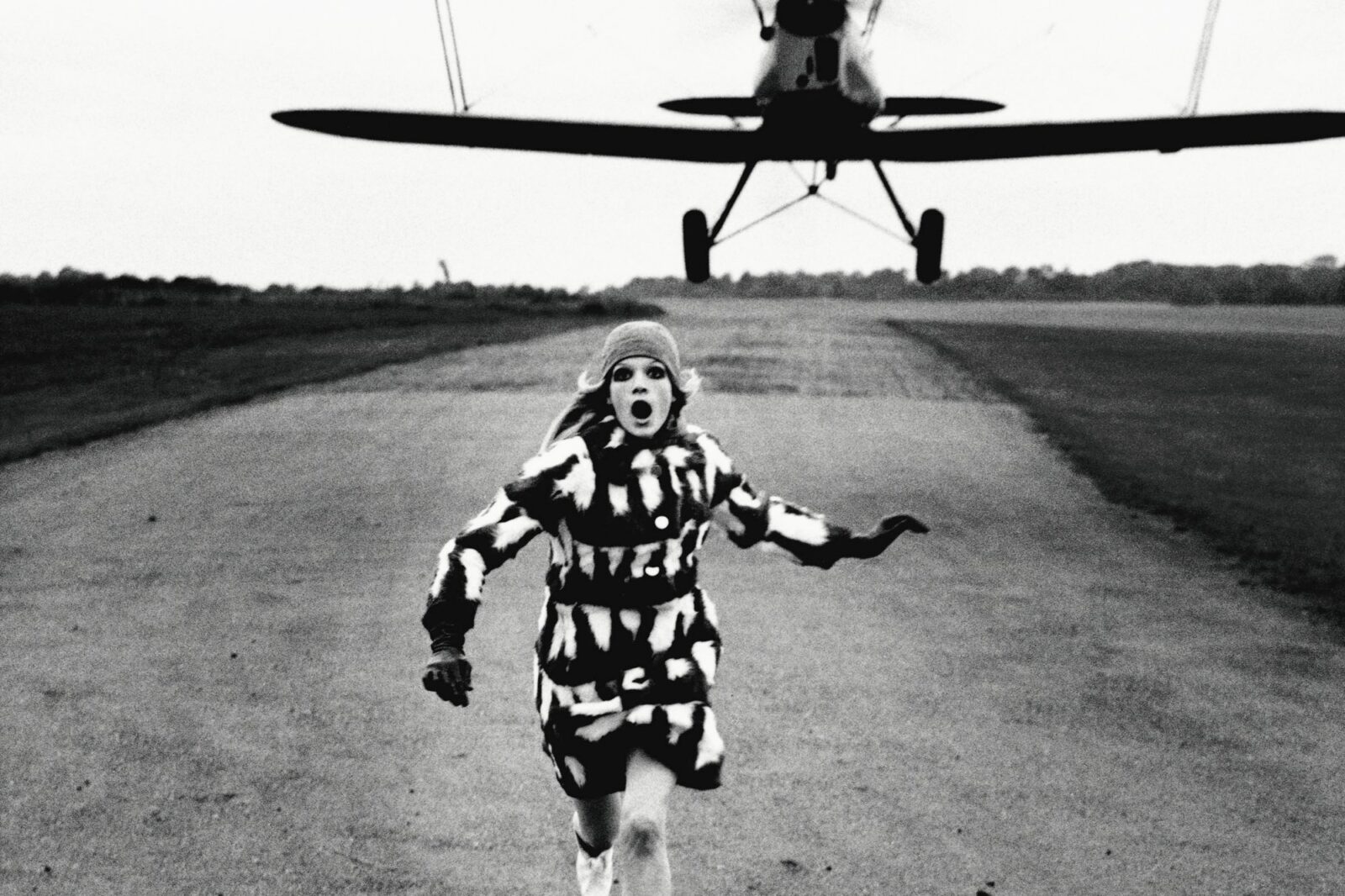 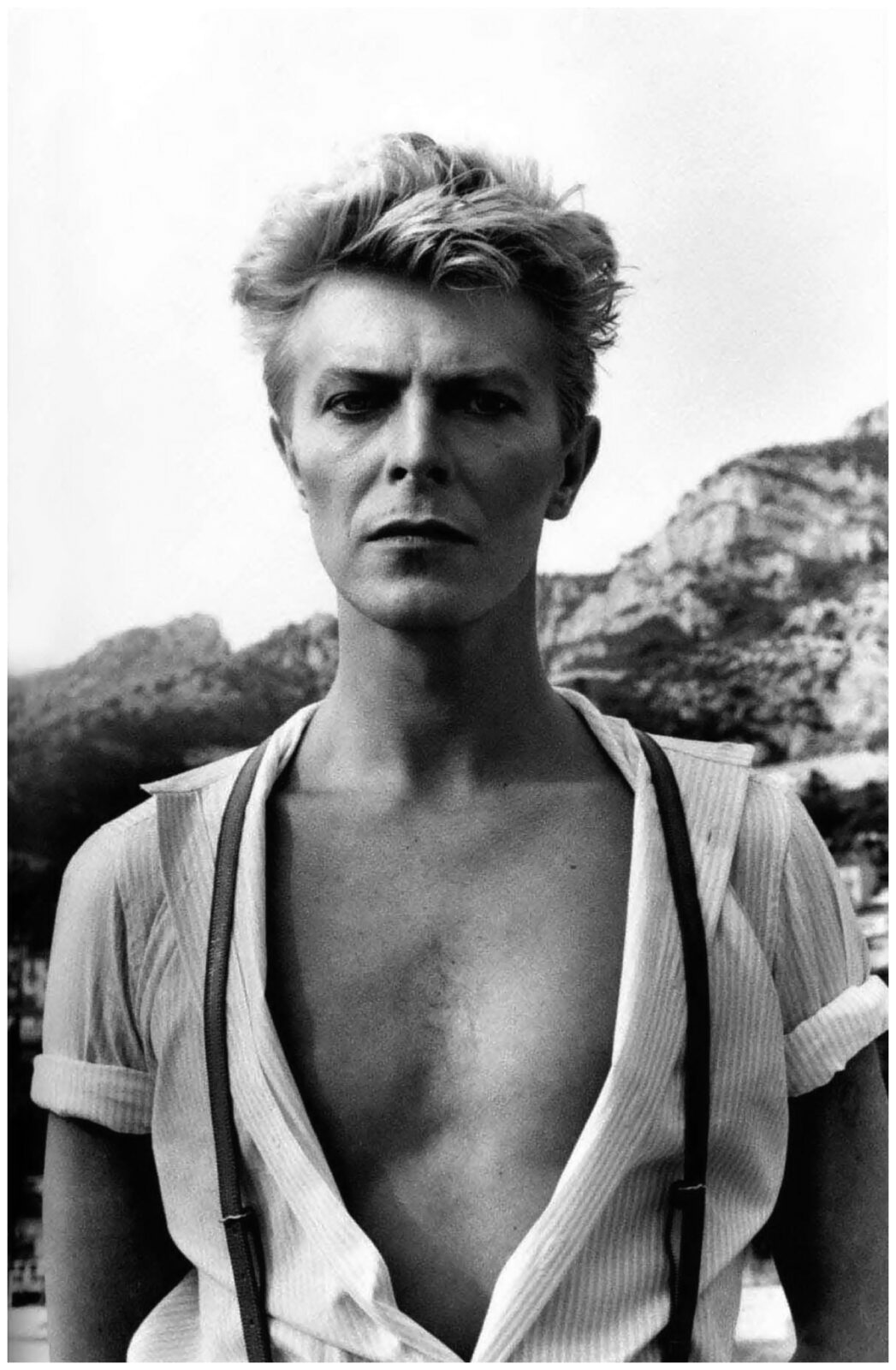 Helmut Neustedter had a difficult childhood and youth. Persecution of Jews (and he was born to a wealthy Jewish family in Berlin), emigration, work as a cleaner for toilets, and as a laborer in a railway and cement factory. It seemed as if the darkness would not end. But these horrors ended with the war. In 1946, Helmut demobilized and changed his name, which brought him so much grief. Neustaedter became Newton, and soon the whole world learned that name. From that turning point on, his career as a photographer began.

Exactly 10 years later, the “Vogue era” came for Helmut Newton: he started working for the Australian Vogue. A year later, in 1957, his photos were interested in the UK version of this magazine. Unfortunately, they were less suitable because they were too provocative for a prim country with a queen at its head.

Editorial orders and moral principles smothered a true photographer in Newton. At first, he tried to make concessions and put on a veil of decency, but then he waved his hand and left Vogue UK. After many years of searching, he began to collaborate with Vogue Paris – perhaps for a country of romance and kissing, his work was what it needed. Later, other branches of the popular glossy magazine accepted the master’s style. 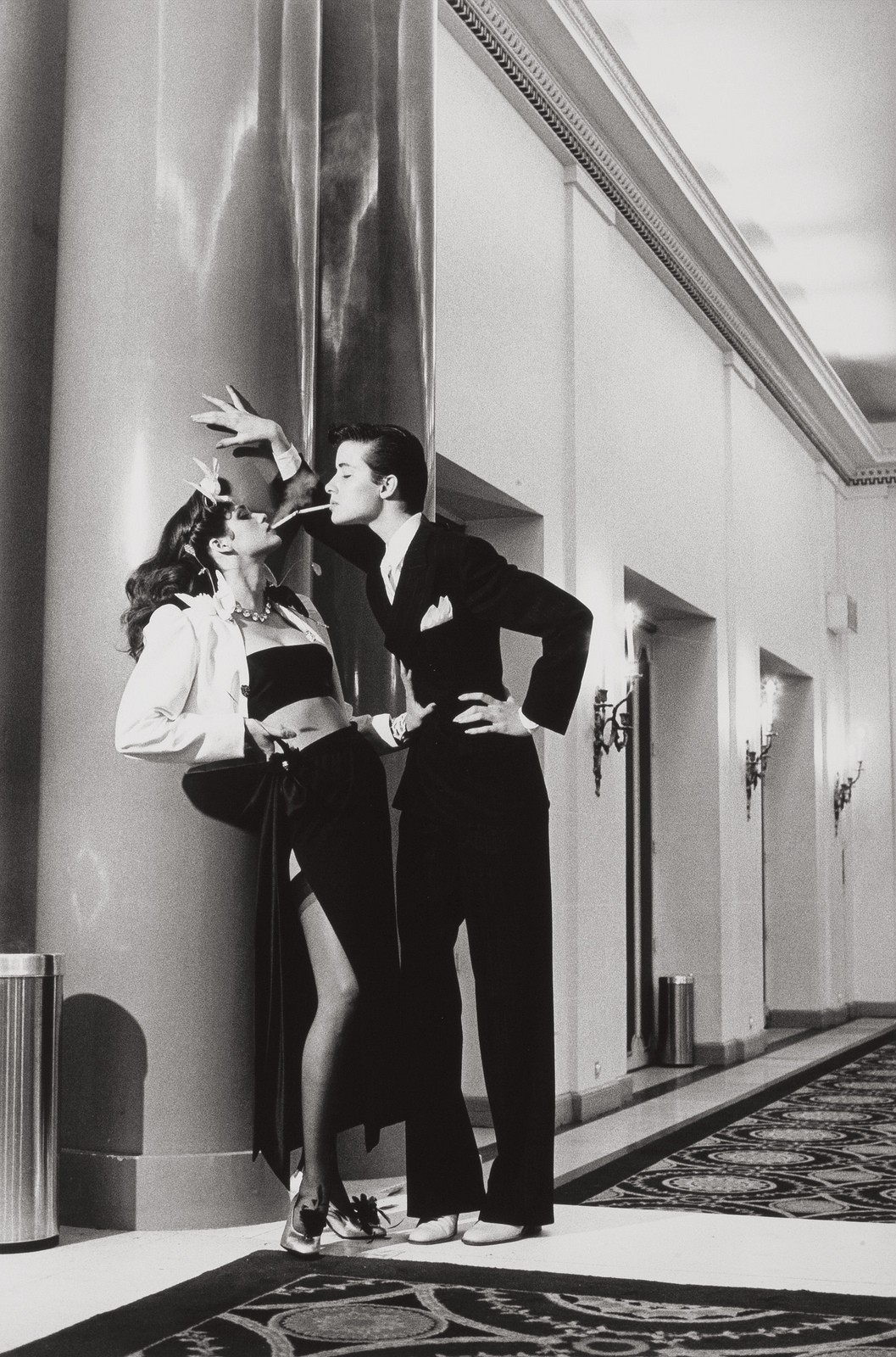 One of the scandalous projects of Helmut Newton was “Women into men, 1979”, filmed in the hotel “George V” for the French version of Vogue. A provocation in its purest form.

However, three years before that the photographer had already epitated the public with his album “White Women, 1976”. The photo “Woman Examining Man, 1975” made a special noise. Frankly provocative card with sexiness and dominance, so beloved by Newton. So what caused this reaction? Because, at first glance, the photo looks quite decent. But look at the woman. She’s in charge here. Notice the way she looks at a man, focus on her posture, and everything will fall into place. And it was only 1975. 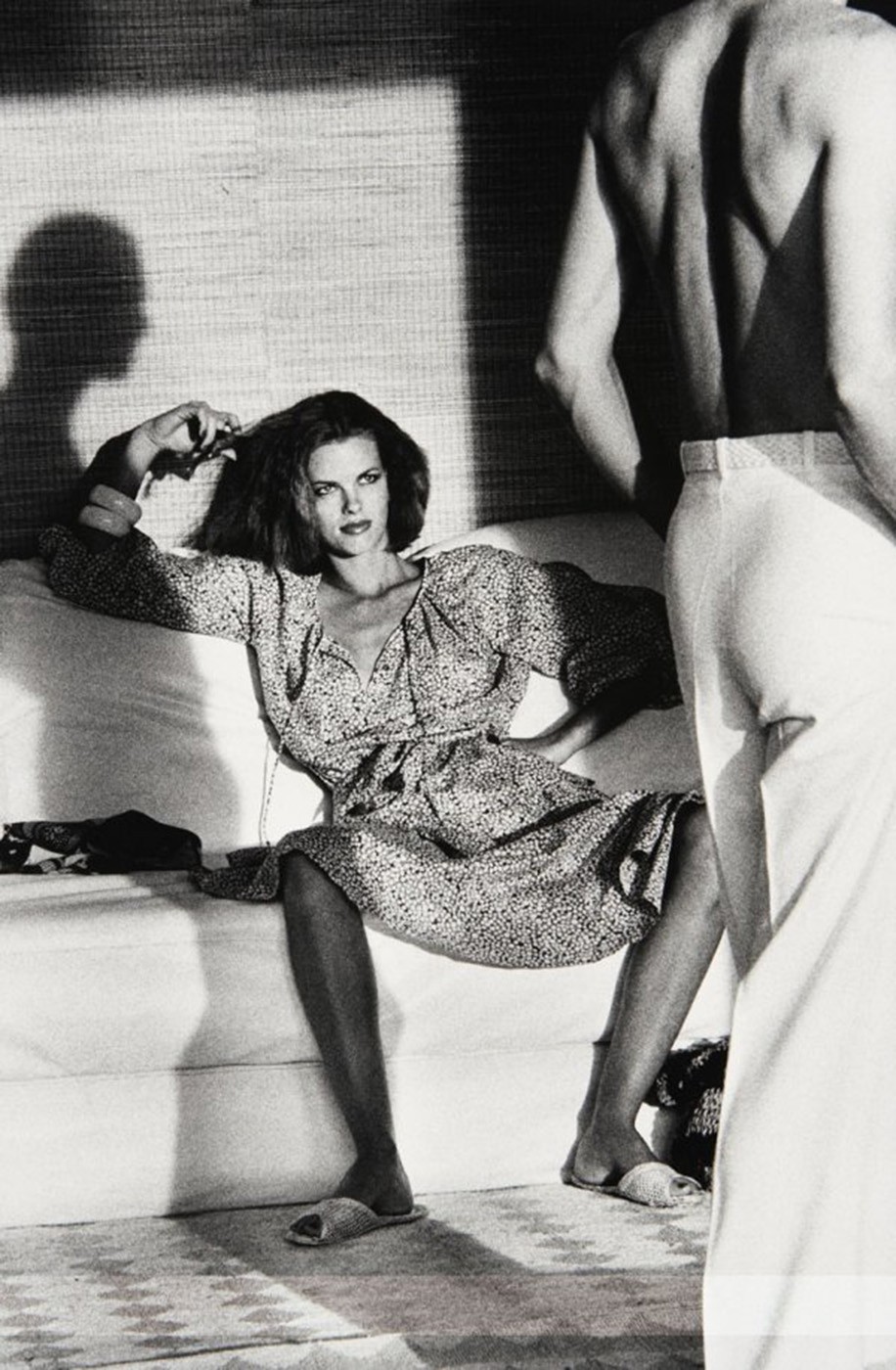 Another symbolic work from this album was a picture of Elsa Peretti on the roof of a skyscraper. All kinds of remakes of this photo are still found on the web. “Daring” netted tights, a closed black swimsuit, a lit cigarette, and a mask in the form of hare’s ears – Newton clearly knew a lot about provocation! And he must have studied male psychology very well. That’s the motto “Sex helps sell” in action. But his photos didn’t always stir up the imagination. “Often men confessed to me that my series of naked women caused them, inner terror. That’s the effect I like,” said the photographer once. 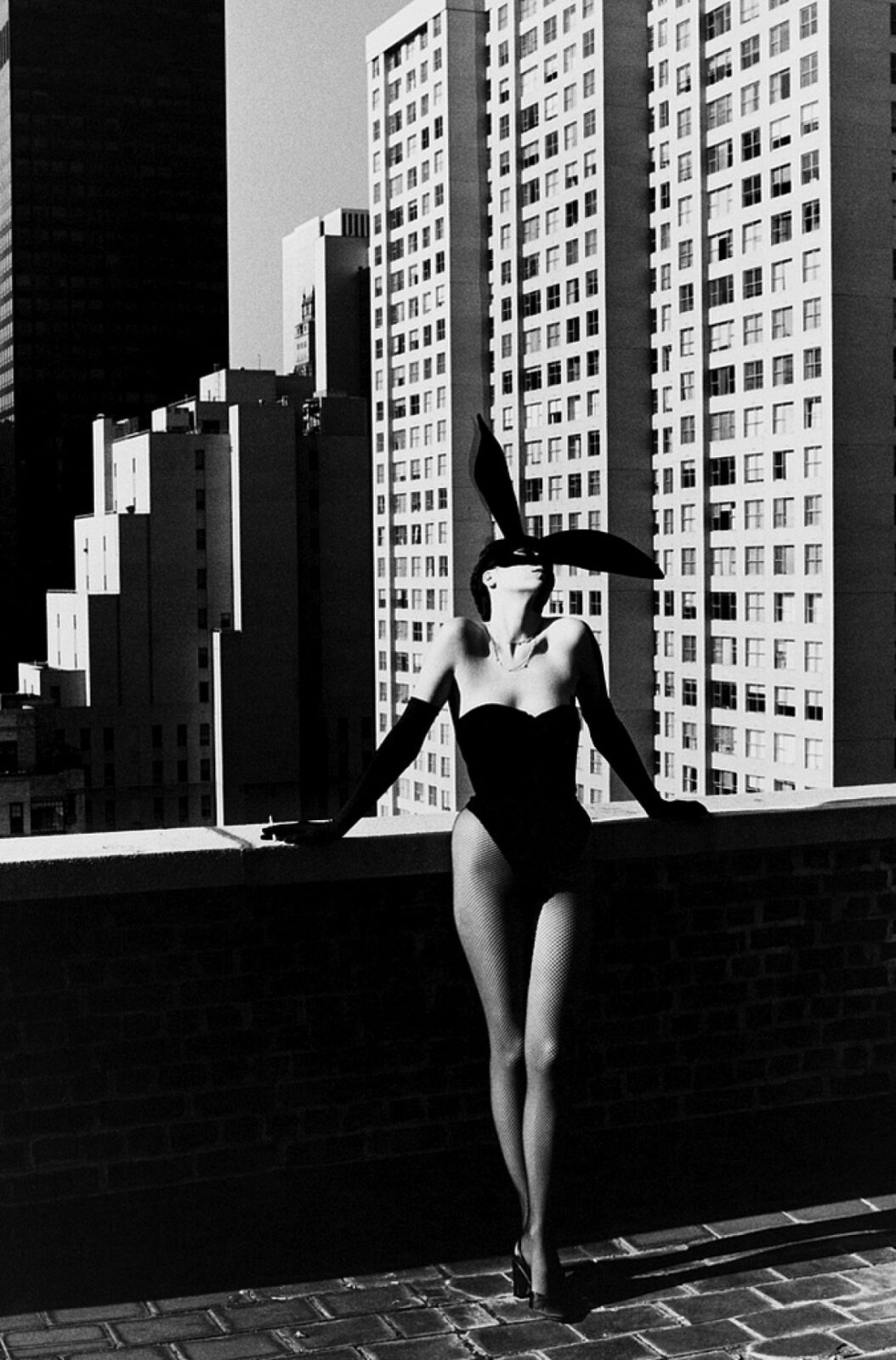 But it’s not just pictured on the verge of eroticism that characterizes Newton’s work. Whatever it takes for him to work with Margaret Thatcher in 1991. Helmut very much appreciated this black and white serious portrait of the “Iron Lady”, although she did not like it very much. It seems that the photographer managed to show the real Prime Minister, without fake smiles and made curses. It is interesting to know that Margaret is depicted in the popular biographical film of 2012, which tells about her life. It’s as if the photographer Helmut Newton and director Phyllida Lloyd were seen the same way…
Newton once mentioned that he is attracted to the nature of any power: political, sexual, financial. That’s why he researched her so zealously and tried to understand her laws. What do pictures of half-naked beauties in lace stockings have to do with the British Prime Minister? Power. Powerful and all-consuming.
Helmut Newton was able to capture her face. 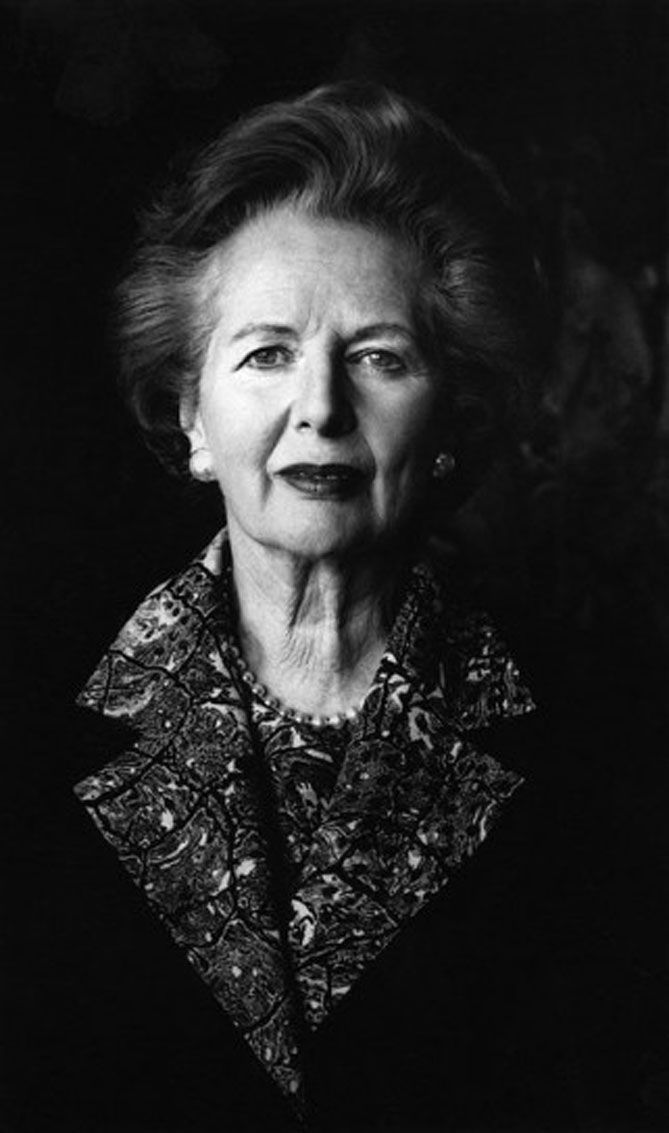