Home News Paris Internationale fair once positioned itself as a cooler alternative to Fiac—will... 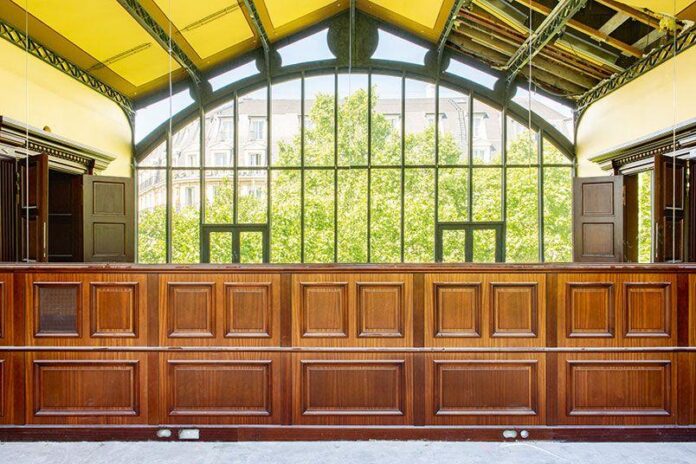 As its name suggests, Paris Internationale was founded by a cohort of European galleries. In 2015 five of them combined to foster a more global outlook within the French capital’s emerging art scene. Seven years later, amid the city’s rising art market ascendancy, this move has proved prescient. But while many fairs would use this moment as an opportunity to expand, the free-to-attend, non-profit Paris Internationale aims to stay “as authentic as possible”, according to its director, Silvia Ammon.

“We want to stay in touch with the values that we established in our first year—keeping the size intimate, the booths large and experimental,” she says. This year, 59 galleries, including Foxy Production in New York and Vienna’s Sophie Tappeiner, plus five non-profit spaces, will take part.

The nomadic fair moves this year (19-23 October) to its most striking location to date: the studio of the 19th-century photographer Nadar, which in 1874 hosted the first exhibition of Impressionist art. Ammon hopes that the hallowed space will establish Paris Internationale as not just about young, edgy galleries, but also about fostering multigenerational conversations between its youngest artists and newest galleries on the one hand and those that have been with the fair from the start on the other. These ever-present galleries are of particular pride for Ammon. She says: “In other cities, many dealers move from the small fair to the bigger fair as they expand. Our fair is different. We’re not a stepping stone, we’re a genuine alternative.”

But a genuine alternative to what? Paris Internationale has always positioned itself in relation, if not opposition, to the now ousted Fiac. With the arrival of the Paris+ fair, run by Art Basel owner MCH, will the same relationship persist? “I think MCH’s arrival is a good thing,” Ammon says. “We always had a degree of porosity with Fiac, and I hope more so now with Paris+.”

Indeed, so porous is this new relationship that key staff have transferred. Art Basel has poached Paris Internationale’s Clement Délépine, who co-directed with Ammon for five years, to helm its own French fair. Ammon says that while the short timeline of Paris+ has meant that collaborations were not possible this year, a degree of partnership between the two fairs is likely in the future.